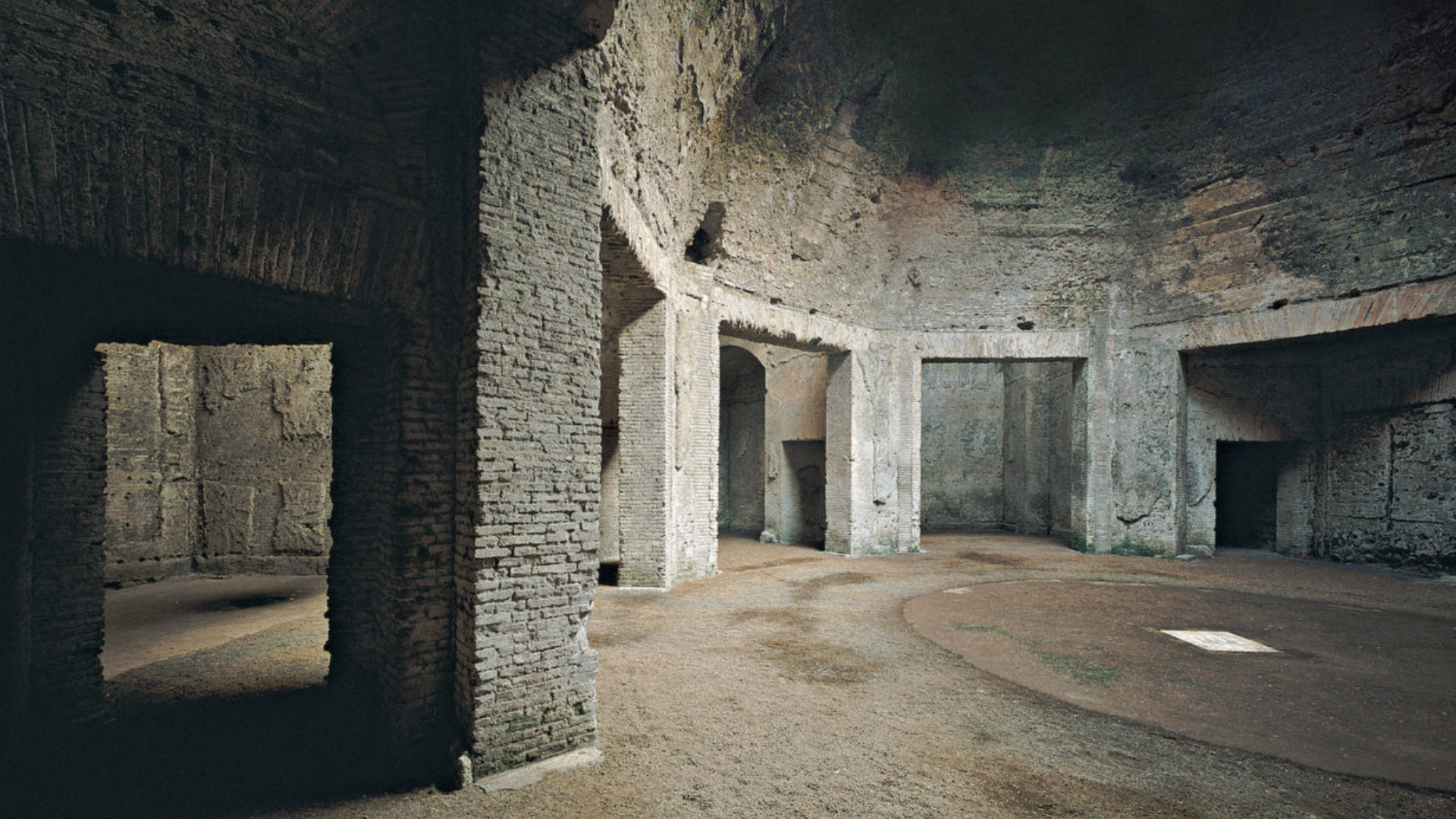 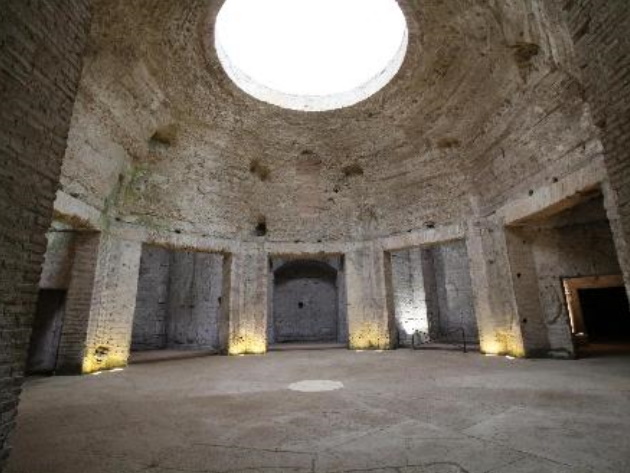 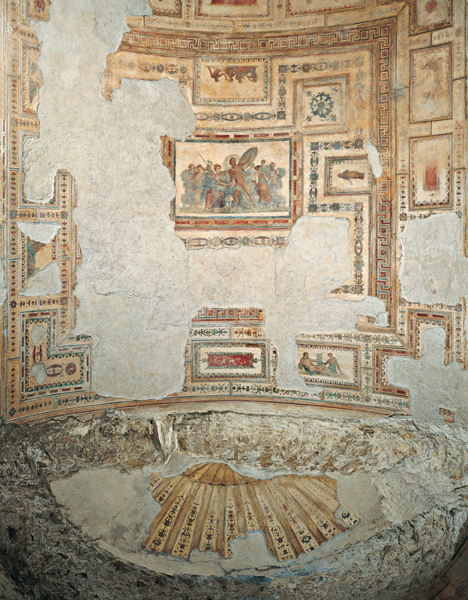 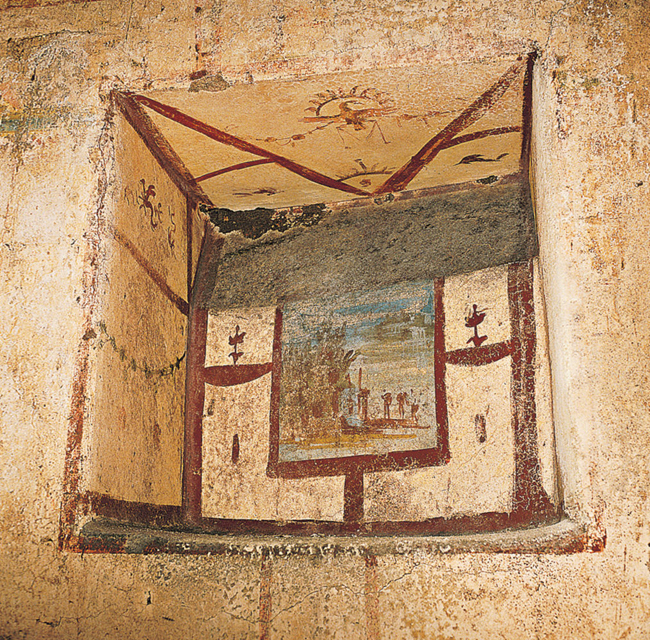 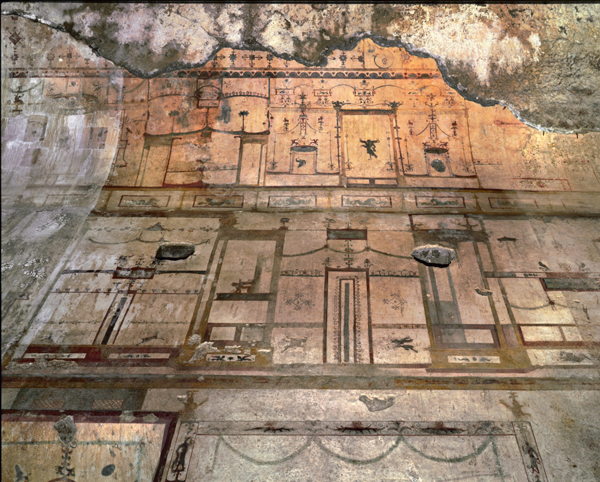 After the fire of 64 AD, which destroyed much of the center of Rome, Emperor Nero began the construction of a new residence, that for its splendor went down in history with the name of Domus Aurea.

It was the largest and most sumptuous of the imperial residences extending from the Palatine Hill to the Oppian Hill and part of Mount Celio covering about a square mile.

The palace, designed by the architects were Severo and Celeris and decorated by a certain Fabullo or Famulo, consisted of a series of pavilions separated by gardens, woods, and an artificial lake located in the valley where the Colosseum stands today.

The impressive complex included countless banquet halls, such as the famous coenatio rotunda, a large octagonal hall with a pavilion vault that, according to Suetonius, rotated on itself day and night, and a large vestibule that housed the colossal statue of the emperor in the clothes of the Sun God. The rooms were finely decorated and enriched with sculptures coming from Greece and Asia Minor.

The nucleus of the Domus Aurea consisted of two pentagonal courtyards linking the western and eastern sectors. The walls were decorated up to a certain level with now lost marble slabs, while the upper part and the ceilings were decorated with paintings and stuccoes of mythical figures (Achilles and Scirus, Ulysses and Polyphemus, Hector and Andromache). The rooms are now dark and gloomy, but originally light was the predominant feature when all the rooms were open onto the porch, which offered a beautiful view of the valley with its artificial lake and surrounding gardens.

After Nero's death, his successors wanted to erase all traces of the emperor and his palace, stripping the luxurious halls of coatings and sculptures, filling them with earth up to the vaults, and using them as foundations for other buildings.

The pavilions that can be visited today are those located on the Oppian Hill, probably intended for parties and banquets, which, after the death of Nero, were buried by the great Baths of Trajan, remaining unknown until the Renaissance, when, after some fortuitous finds, artists passionate about antiquities such as Pinturicchio, Ghirlandaio, Raphael, and Giulio Romano, began to descend from above into those 'caves', copying the decorative motifs they kept and which, from their location, took the name of "grotesques". The definition of "Grotesque painting" is still used to indicate a genre, widespread especially in the 16th century, which takes up and re-elaborates the motifs of the Roman wall decoration. 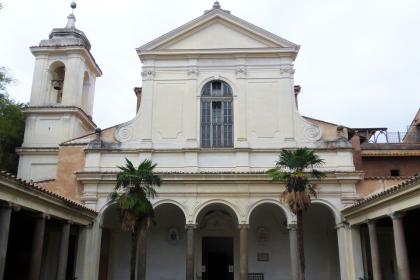 Basilica and Complex of the Santi Quattro Coronati
Churches and Basilicas

Friday, Saturday and Sunday
9.00 - 17.00
Can only be visited with the Domus Area Experience visit. 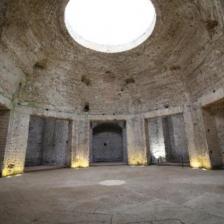 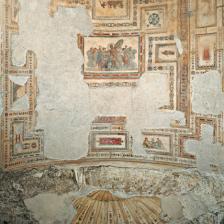 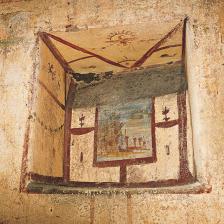 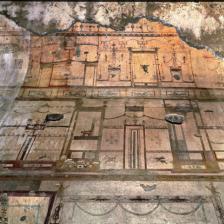 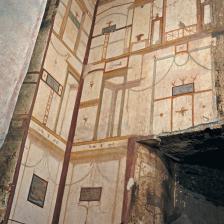