The Roman Forum and the Palatine 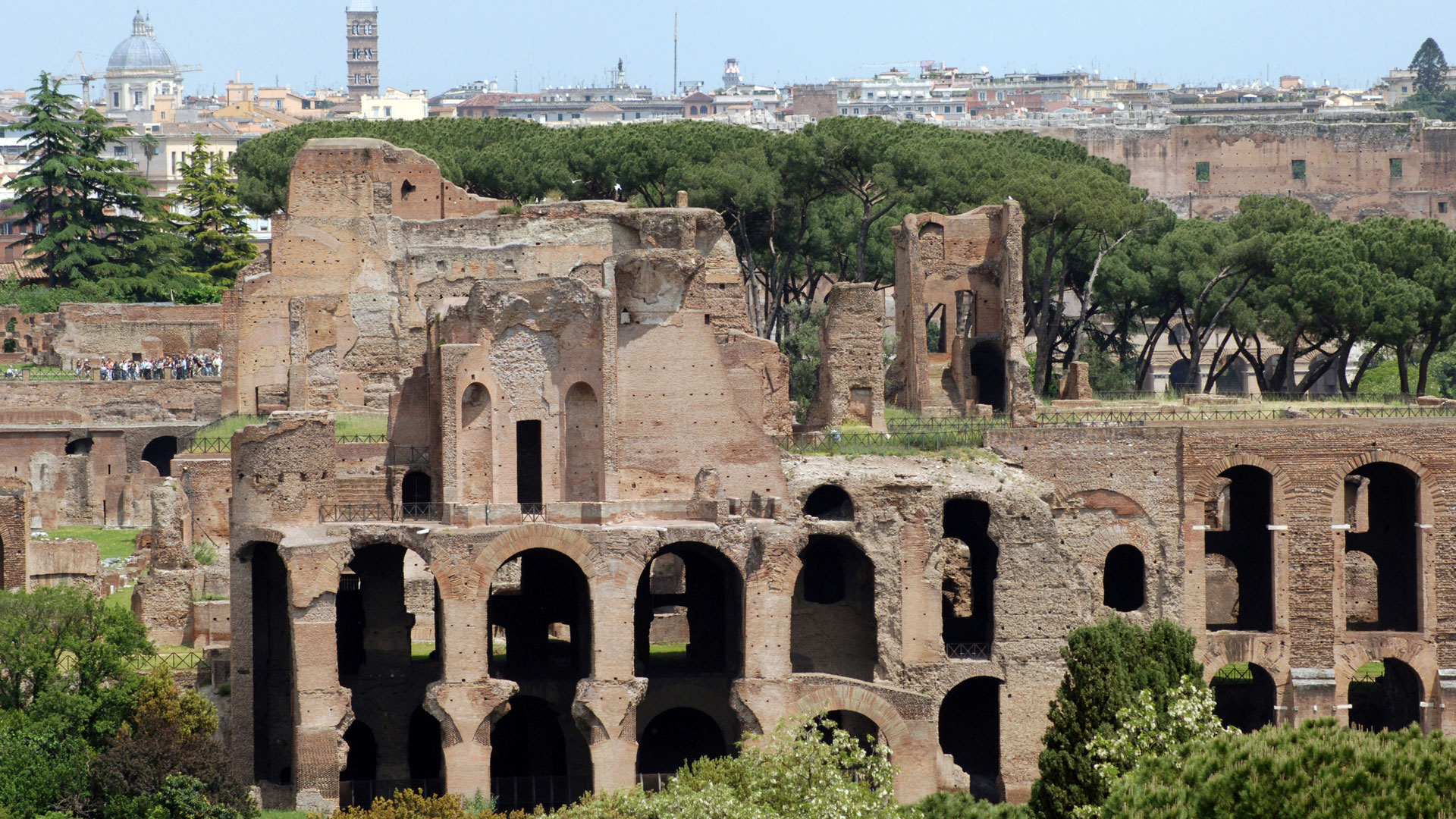 Formerly a swampy area, only from the end of the seventh century BC with the reclamation of the valley, the Roman Forum slowly began to become the centre of public life for over a millennium. Over the centuries, the various monuments were built: at first, the buildings for political, religious and commercial activities, then the civil basilicas where judicial activities took place, during the second century BC.

At the end of the Republican age, the ancient Roman Forum had become insufficient to perform the function of the administrative and representative centre of the city. The various dynasties of emperors added only prestigious monuments: the Temple of Vespasian and Titus, the Temple of Antoninus Pius and Faustina, dedicated to the memory of the deified emperors, and the monumental Arch of Septimius Severus, built in 203 AD. at the western end of the square, to celebrate the emperor's victories over the Parti.

The last major intervention was carried out by the emperor Maxentius in the early 4th century AD with the construction of the temple dedicated to the memory of his son Romulus and the imposing Basilica on the Velia. The last monument built in the Forum was the Column erected in 608 AD in honour of the Byzantine emperor Phocas.

In the Aeneid, Virgil tells of the amazing adventure of the Greeks who, having immigrated from Arcadia under the guidance of the Minor Deity Evander and his son Pallas, are lead to settle on one of the seven hills of Rome, the Palatine.

According to Roman mythology, the Palatine was the birth-place of Romulus and Remus, the twin brothers suckled and raised by the she-wolf who were  to become the founders of Rome. Shrouded in legend and steeped in history, the Palatine Hill is a place of enchantment.

Evoking images of the ancient abodes of imperial rulers and the subsequent Farnese gardens, this spelling-binding cradle of civilization today is an open-air museum. The vestiges of the past are immersed in luxuriant vegetation unfolding over the hill’s slopes from where an all-embracing panorama of the archaeological remains below may be fully enjoyed.

Friday 15 April 2022 early closure
On the occasion of the solemn Stations of the Cross on Good Friday the whole Archaeological Park of the Colosseum closes at 13.00. (Last entrance 12.00).

For updates and guidelines, please consult the official website.