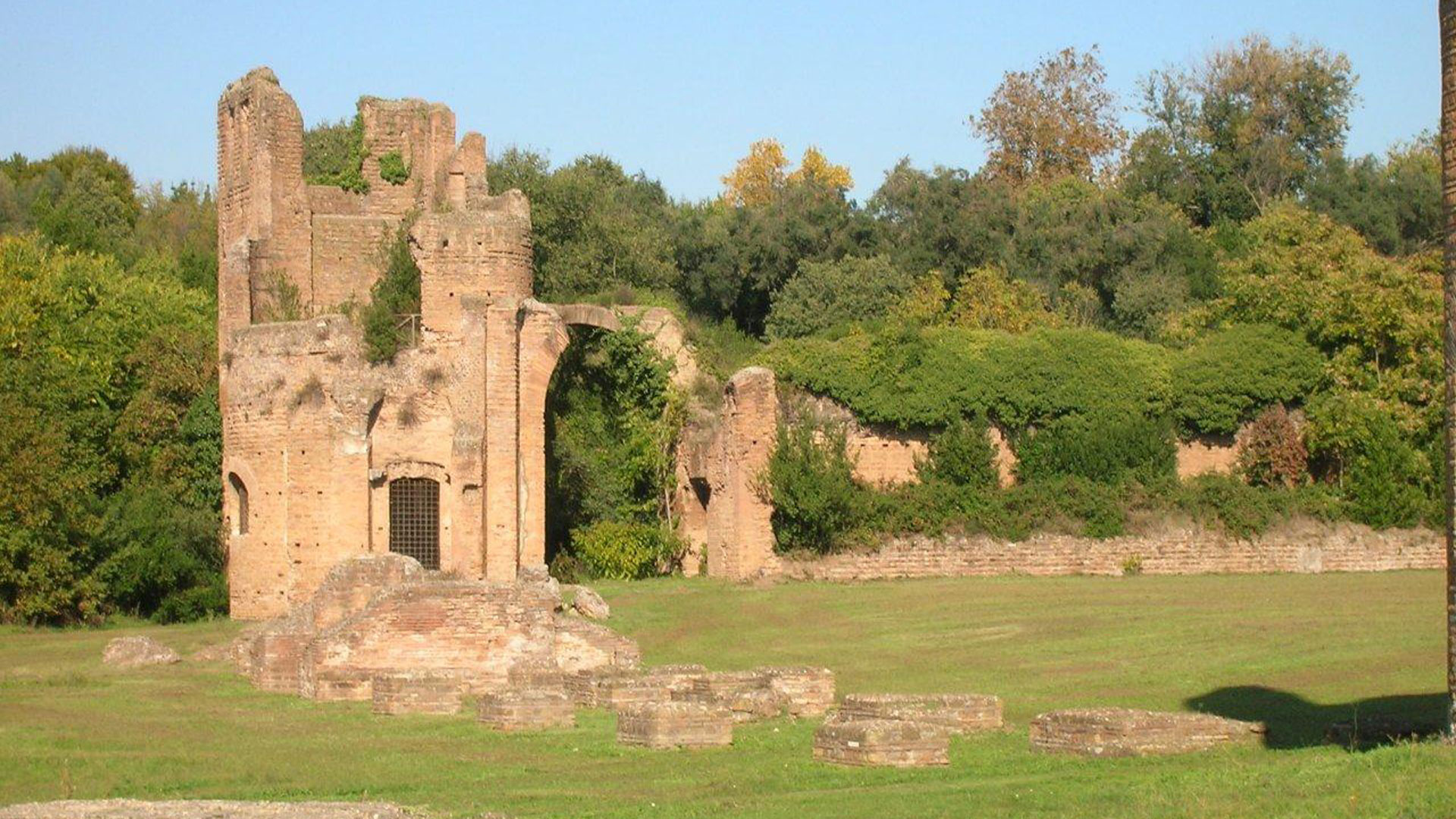 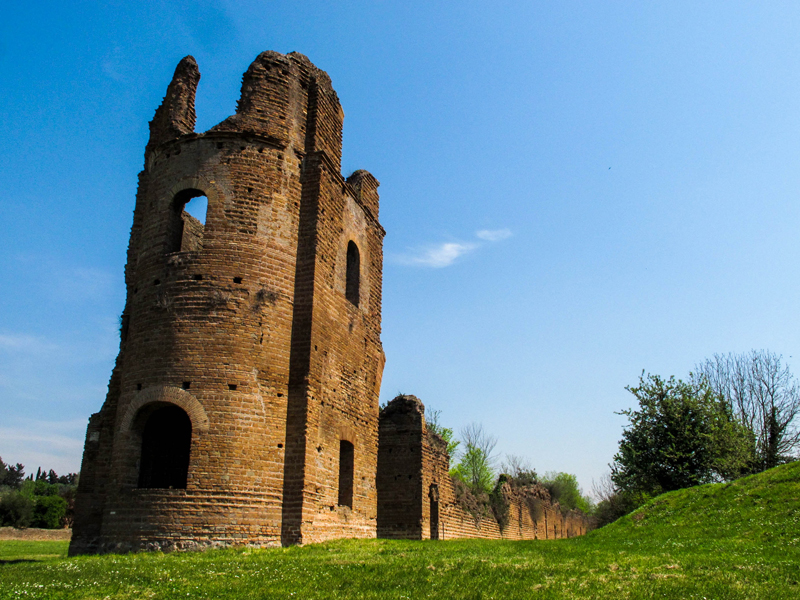 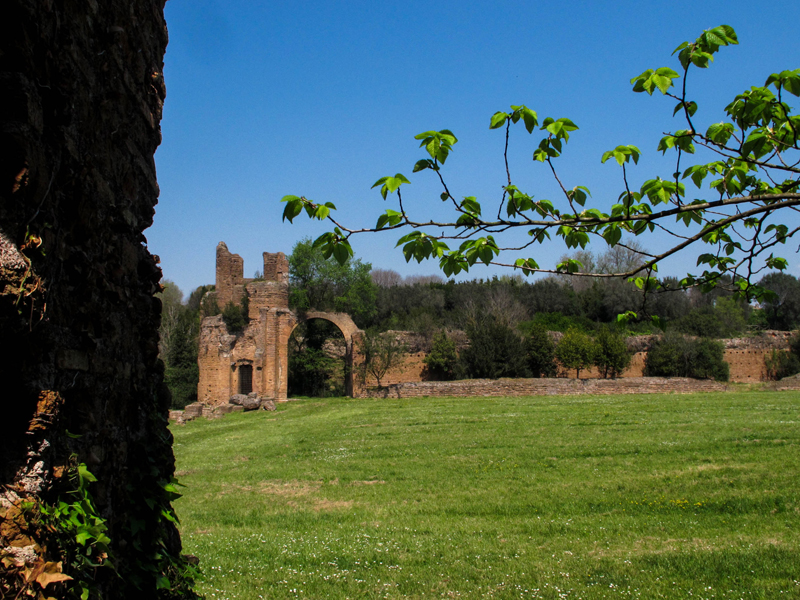 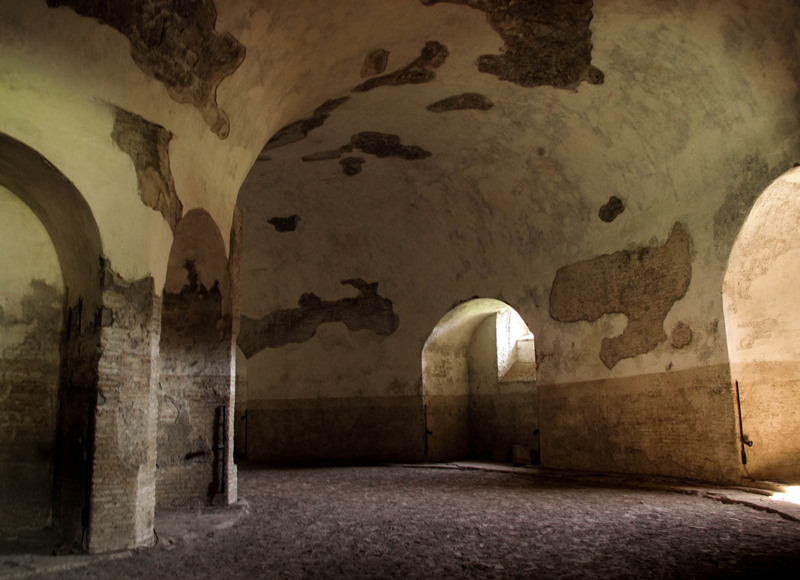 One of the most beautiful archaeological sites in the Roman countryside can be found between the second and third mile on the Via Appia Antica. This is the site of the Villa belonging to Emperor Maxentius, Constantine's adversary in the Battle of the Milvian Bridge in 312 A.D.

The archaeological complex consists of three main buildings: the palace, a circus and dynastic mausoleum. The three buildings were constructed to blend with the natural contours in the area, to avoid having to resort to extensive excavation works.
With the return of religious peace, it was likely that the Maxentius buildings were donated by Constantine to the Church in Rome; in the centuries after that ownership passed through several hands: at the beginning of the nineteenth century, the area around the circus was purchased by the Torlonia family and joined to the extensive Caffarella grounds. In 1825, Don Giovanni Torlonia gave the go-ahead for archaeologist Antonio Nibby to begin excavations on the Maxentius complex.

The archaeological site was then acquired by the Municipal Administration in 1943, with the initial restoration work starting during the sixties.
The Palace. The remains of the Maxentius' building represent the final conversion of the original rustic Republican villa. After the First Empire in the II century A.D., the villa underwent radical changes introduced by Erode Attico.
The Circus. The most noteworthy monument in the entire complex is the circus, one of the only Roman circuses that still has all its architectural features intact. It extends from east to west along the gentle slope of a small valley enclosed by two sections of higher ground, running north to south, where the Imperial Palace and tomb of Cecilia Metella are located respectively. Two towers are found in the south-western section at the edge of the starting gates or "carceres".

The main entrance, the Triumphalis Gate opens out to the east on the curved section of the monument; there are another two entrances between the towers and at the top of the sides running along the Circus. The Pulvinar or Emperor's podium is situated on the northern side, and is connected to the Palace by a long cryptoporticus. The southern section houses the remains of the buildings occupied by the competition judges or Tribunal Iudicum. The track at the circus was divided by a 296 metre spine (1000 Roman feet) and embellished with water features and sculptures: standing at the centre was the granite obelisk that was transported by Pope Innocent X in 1650 to Piazza Navona to decorate Bernini's Fiumi Fountain.
The Mausoleum. The circular dynastic Mausoleum stands near Via Appia together with the older tombs. Only the cylindrical section of the crypt's elevation currently remains. A farmstead is found in the place of the pronaos.
The Mausoleum and the Circus are currently open to visitors: future work on this magnificent site envisages visits that will include the original structure of the monument buildings. 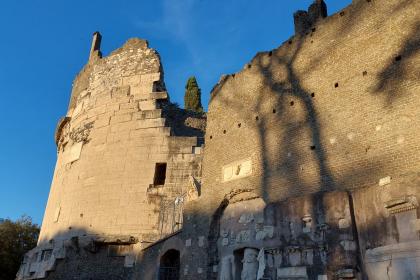 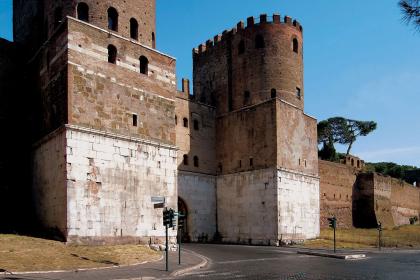 CONSULT THE NOTICES PAGE before planning your visit in the museum

The museum is accessible for disabled people 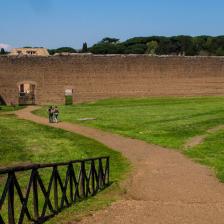 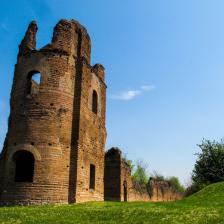 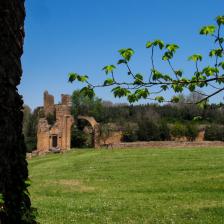 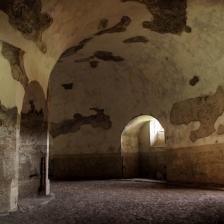