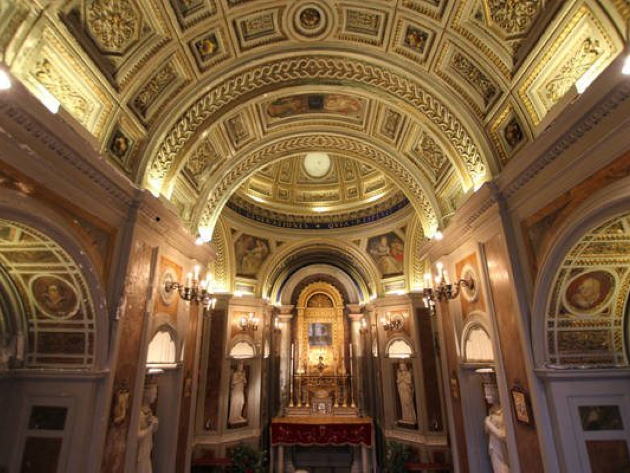 In the heart of the Rione Trevi is this enchanting neo-Renaissance sanctuary considered the smallest worship building in Rome.

The chapel is located in a narrow alley between Via dell’Archetto and Via di San Marcello. It was built in 1851, following a miraculous event that happened at the end of the 18th century. In 1690, the Marquise Alessandra Mellini Muti Papazzurri commissioned Domenico Muratori an image of the Virgin, realized in oil on stone, to place under an arch. On 9 July 1796, the painting - known as Maria Santissima Causa nostrae laetitiae - would have moved the eyes in the presence of some passers-by. Because of the many pilgrims, the sacred image was placed in a small shrine and the alley was closed by iron gates to protect the icon and the ex-votos left by the devoted people.

In 1851, the Marquis Alessandro Muti Savorelli Papazzurri, owner of the adjacent palace, entrusted the architect Virginio Vespignani to build a small church dedicated to the Madonna dell’Archetto, inaugurated on 31 May 1851 and open to the public in 1859.

The chapel has a Latin cross interior with a gilded stucco coffered ceiling. The single nave, with floors in precious marble, is embellished laterally by plaster sculptures of angels in the form of caryatids by Luigi Simonetti. It is surmounted by a dome decorated with gilded stucco friezes and paintings by Costantino Brumidi, author of Washington D.C. Capitol's dome. On the small altar is the image of the Virgin enclosed in a gilded wooden frame.

The church was entrusted to the Society of Jesus until 1870 and, from 1918 to today, to the Primaria Società Cattolica Promotrice di buone Opere and has been declared a National Art Monument by the Sovrintendenza delle Belle Arti.

You may also be interested in
Rione Trevi
Monuments 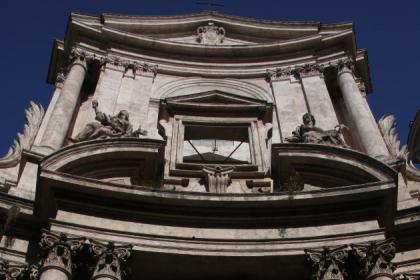