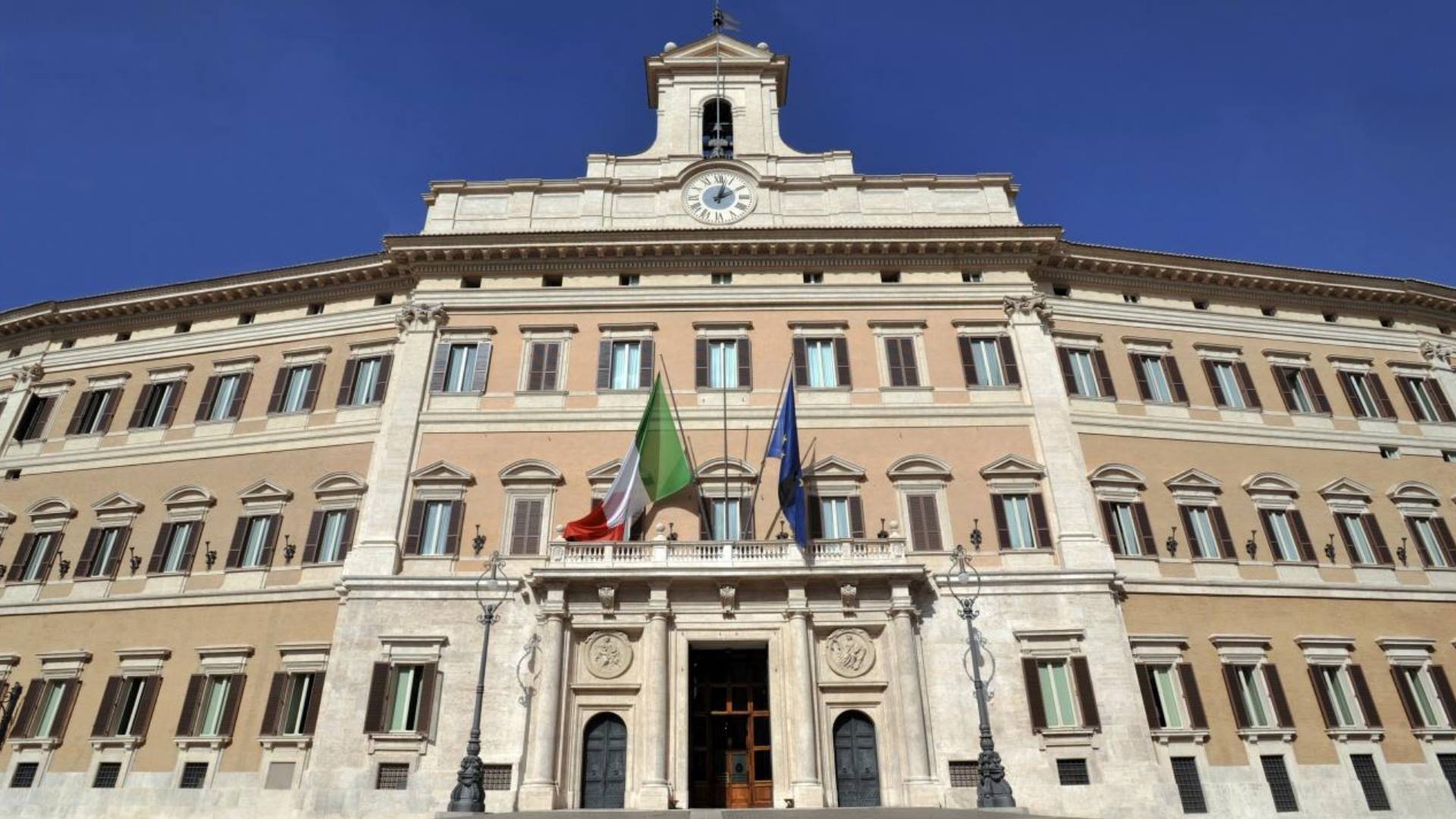 The history of Palazzo di Montecitorio, one of the most symbolic places of Italian politics, begins in 1653, when Pope Innocent X commissioned Gian Lorenzo Bernini a residence for the Ludovisi family. The works were stopped due to the death of the pope and resumed after more than thirty years under the pontificate of Innocent XII, who decided to make the building the seat of the Curia apostolica (the papal law courts). The new architect Carlo Fontana modified Bernini’s project, while retaining the characteristic convex façade, and added the bell gable. The major bell (which now rings only when the President of the Republic is elected) marked the beginning of the hearings; from the balcony below, as Stendhal narrates, the lot numbers just drawn were announced, an event that made all Romans flock to the square every Saturday.

After the unification of Italy, the building was chosen as the seat of the Chamber of Deputies: at the beginning of the 20th century the renovation works were entrusted to architect Ernesto Basile, one of the major exponents of the Italian Liberty style, who built a new structure behind the ancient one, reduced the courtyard, demolished the rear wings and created the floral-style façade on the Parliament square. The new building hosts the hemicycle debating chamber, illuminated by an impressive canopy of colored glass (the work of Giovanni Beltrami), the so-called Velario. In the lower part there is the allegorical frieze on canvas by Giulio Aristide Sartorio dedicated to the history of the Italian people.

The large corridor that runs alongside the debating chamber is also known as “Transatlantico” due to the furnishings and architecture that recalled the great halls of ships crossing the ocean at the turn of the century. Among the various rooms inside the palace, we also find the Sala della Lupa, adorned with ancient tapestries and linked to the referendum of 2 June 1946 which sanctioned the birth of the Italian Republic. The different rooms of the building are embellished with ancient and modern art works, including by Carlo Carrà, Giorgio De Chirico and Renato Guttuso.