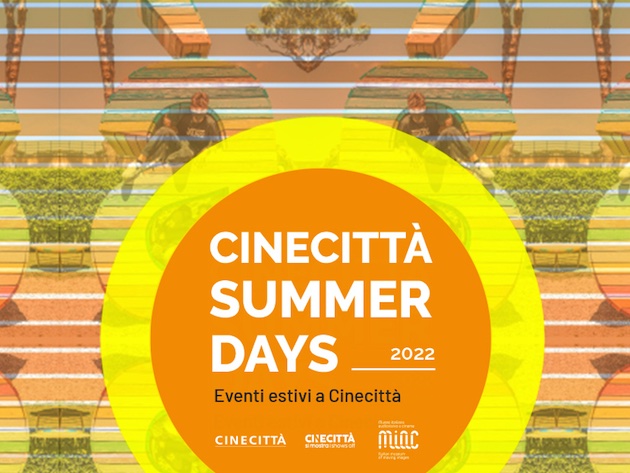 This summer the cultural offer of Cinecittà is enriched with a calendar of special visits, guided tours in a foreign language and paths dedicated to families to let the general public know many curiosities about the famous Studios, the sets of great productions, the exhibition itineraries of Cinecittà si Mostra and of the MIAC - Italian Audiovisual and Cinema Museum.

Great news this year are also the workshops in English and French designed for children: an original didactic proposal combining the experimentation of cinema with the knowledge of a foreign language; participants can thus get to know the technical terms of the film world in another language, immersed in the dream atmosphere of the city of cinema.

In addition, among the weekend events from July to September, we particularly highlight the children's workshop A dip in the Miac: immersions in the audiovisual; a fascinating journey to discover the history of audiovisual and Italian cinema from the first inventions to new technologies, starting with the interactive time-line of the museum and the immersive installations dedicated to the magic of the audiovisual show and its protagonists. An itinerary which allows young and old audiences to know the spaces of the former film development and printing laboratory in Cinecittà up close and to compete with small cinema experiments. In addition, a program of guided tours dedicated to the Anglophone and Francophone public that can be considered a real journey back in time, through the three permanent sets of ancient Rome, the Temple of Jerusalem and the Florence of the fifteenth century, to discover the history of cinema and the great film productions that have made Cinecittà famous all over the world.