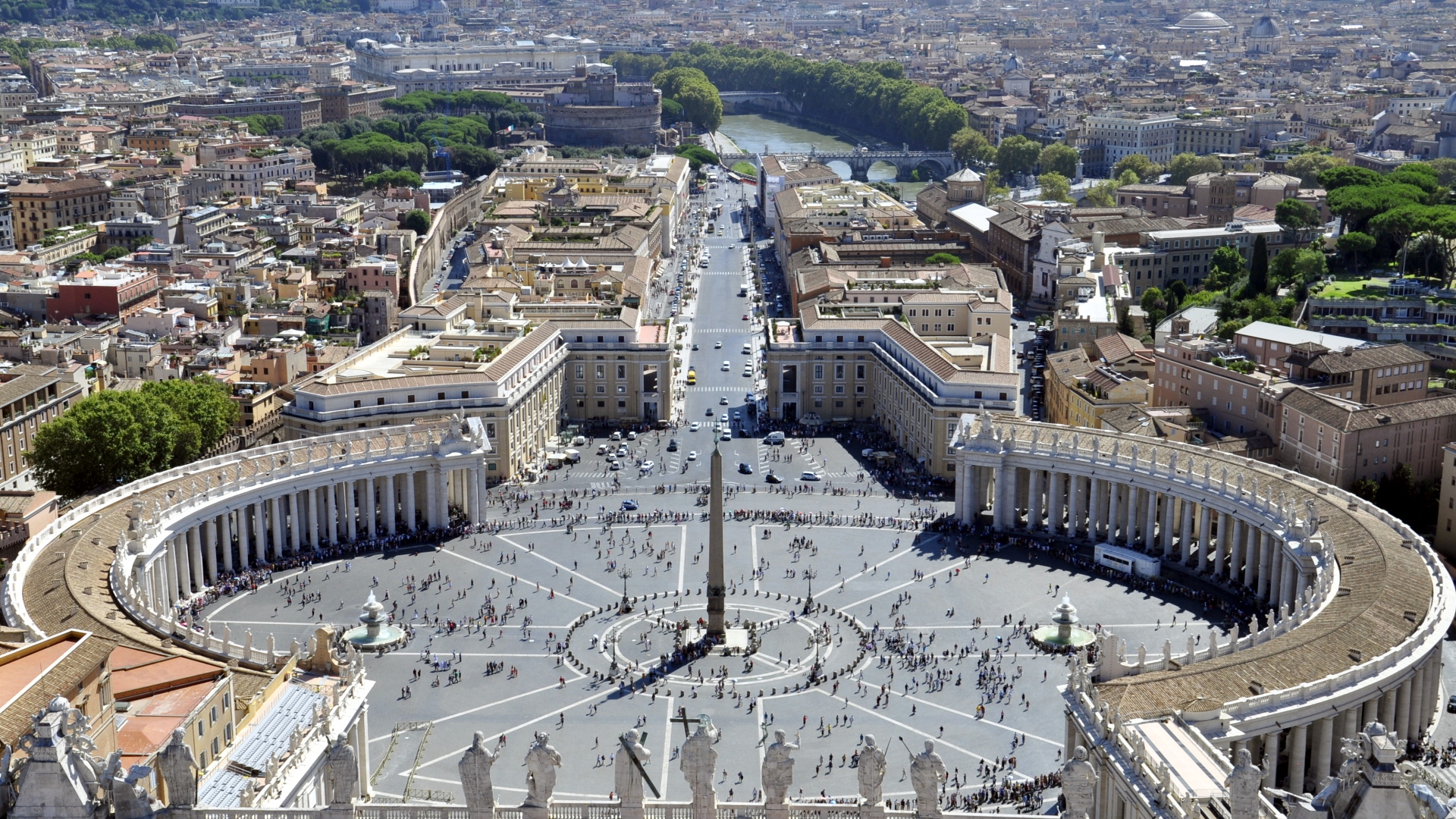 The construction took eleven years of work (1656-1667), more than 40 thousand cubic meters of travertine transported from Tivoli by land or pulled by horses along the river banks. With its colonnaded arcades, this famous square symbolizes the Church's universal embrace towards believers but also towards 'heretics [...] and agnostics to enlighten them with the true faith.' In designing the colonnade, Gian Lorenzo Bernini played with optical illusions, obtaining a spectacular and scenic result. If you cross the square, you can see the columns come together and move apart, with a feeling of movement and alternation between full and empty. If you look at the columns from the center of the square and place yourself on the point indicated by one of the two marble disks on the pavement marking the ellipse foci, the colonnade seems composed of a single row. The outer columns disappear behind those of the inner row.

Dominated by the majestic St. Peter Basilica built over about two hundred years, the square is towered by the 16th-century dome designed by Michelangelo and completed by Giacomo Della Porta and Domenico Fontana. The interior of the Basilica houses masterpieces created by the greatest artists in history - including Bernini, Maderno, Borromini, Canova, Cavalier d'Arpino - and places of immense historical and spiritual value, such as the Vatican Grottoes and the pre-Constantine Necropolis, where you can visit the tomb of Peter.

Do not miss a visit to the unparalleled collections of the Vatican Museums, which house Greek and Roman sculptures, tapestries, Egyptian antiquities, precious frescoes, and works by artists such as Giotto, Beato Angelico, Filippo Lippi, Perugino, Pinturicchio, Titian, Carracci, Caravaggio, Poussin, Reni, and Guercino. Inside, you enter the superb Sistine Chapel, the seat of the Conclave for the election of the Supreme Pontiff, where you can admire the magnificent Last Judgment by Michelangelo.

Among the 13 ancient obelisks that adorn Rome, the Vatican Obelisk, placed in the center of the square by Sixtus V, is one of the Egyptian ones brought to Rome in the time of Caligula. This obelisk was the Middle Ages "needle" when people believed that Julius Caesar's ashes were inside the bronze globe on the top. Today, in its place, you can see the bronze emblem with the mountains and the star representing the Chigi family. Inside is a relic of the Holy Cross. Sculpted in red granite, it stands over 25 meters high; with the base and the cross, it reaches almost 40 meters. It is not the tallest obelisk in the city, as the Lateran Obelisk is, but it is perhaps the most important of all, given the extraordinary scenery that surrounds it.

Placed symmetrically at the center of the two hemicycles of Bernini's colonnade and in axis with the Vatican Obelisk, the "almost" twin fountains of St. Peter's Square are due to the genius of two of the main protagonists of the architectural history of this famous square: Carlo Maderno, author of the facade of the Basilica, and Gian Lorenzo Bernini, supreme exponent of the Roman Baroque and brilliant designer of the square.

Every Sunday at noon, a large crowd gathers in St. Peter's Square to attend the Angelus Domini and receive the blessing of the Pope, who looks out of the window of his study in the Apostolic Palace. 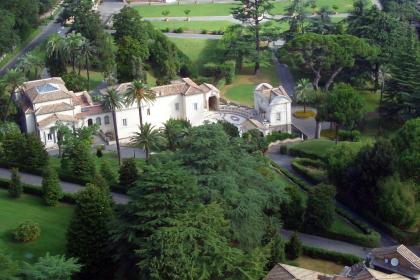