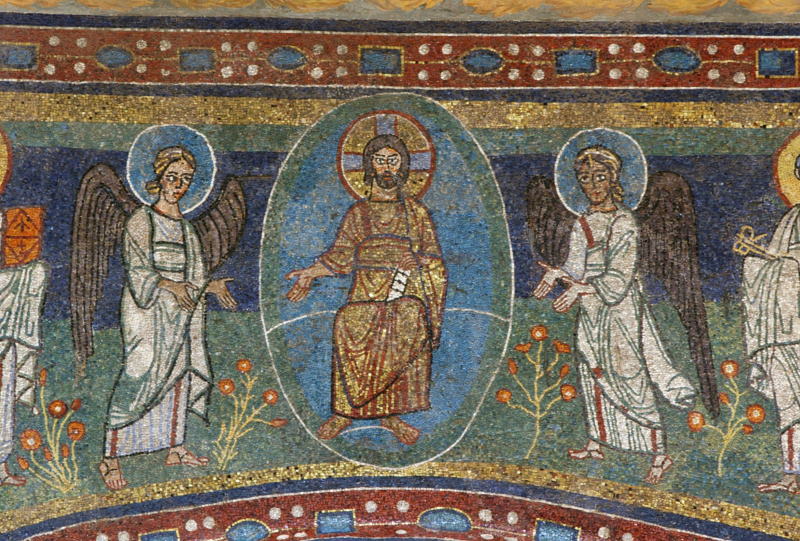 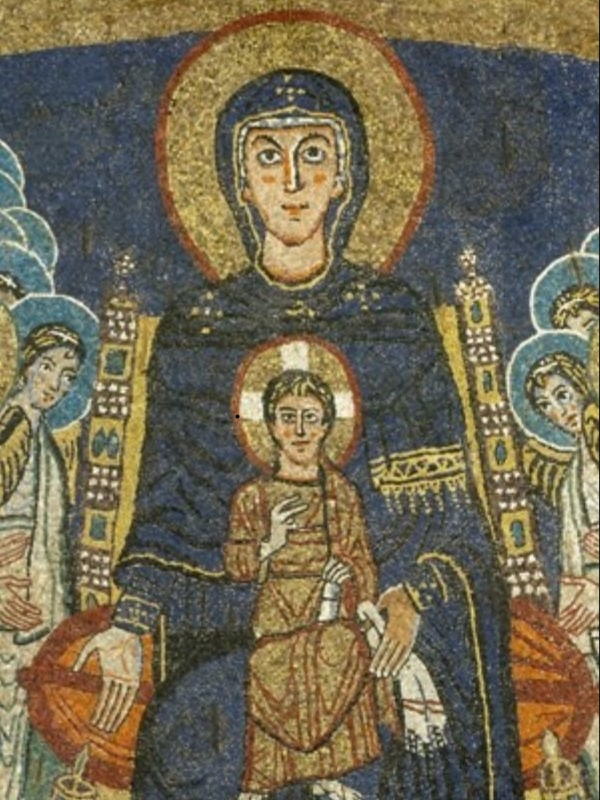 Standing on the crown of the Caelian Hill, the church of Santa Maria in Domnica is an ancient diaconia (a center for charitable activities) that was built in the 7th century over the barracks of the so-called “Fifth Cohort of the Vigiles”. The name “in Domnica” has been differently explained: it could come from the Christian woman Cyriaca (whose translation from Greek means “belonging to the Lord”), from the term “dominicum”, meaning “of the Lord”, and by extension “church”, or from the Latin phrase “dominica praedia” , an imperial property on whose territory the church would have risen.

The basilica was rebuilt from its foundations in the 9th century by Pope Paschal I who had it enlarged and decorated with magnificent apse mosaics. The only major structural additions to the church in its history were in 1514 by its titular Cardinal Giovanni de’ Medici, who later became Pope Leo X. The architect was Andrea Sansovino. The most noticeable results of this restoration were the creation of an elegant portico for the façade of the church, a row of five identical arches with Tuscan Doric imposts and lions' masks on their keystones alluding to the name of the pope. In the bell tower on the right side there is a 13th century bell, one of the few in Rome that was not recast.

The interior of the basilica retains its 9th century plan and consists of a nave and two lateral aisles of equal length and separated by 18 granite columns which are crowned with Corinthian capitals. The wooden coffered ceiling was built in 1565-1566 by Cardinal Ferdinando de’ Medici, who continued the link between the Medici family and the church of Santa Maria in Domnica. Below, there’s a frieze with heraldic motifs designed by Giulio Romano. The church is dominated by the apse mosaic commissioned by Pope Paschal I, which appears at the foot of the Virgin Mary among ranks of angels: one of the best examples of the so-called “Carolingian renaissance” in Rome. The frescoes below the mosaic are from the 17th century.

The church overlooks Piazza della Navicella (in Rome, the church is also called Santa Maria alla Navicella), so called because of the ship-shaped fountain made by Leo X on the model of an older one and presumably designed by Andrea Sansovino. 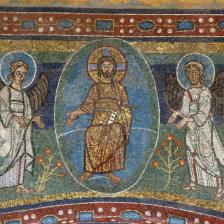 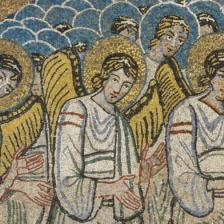