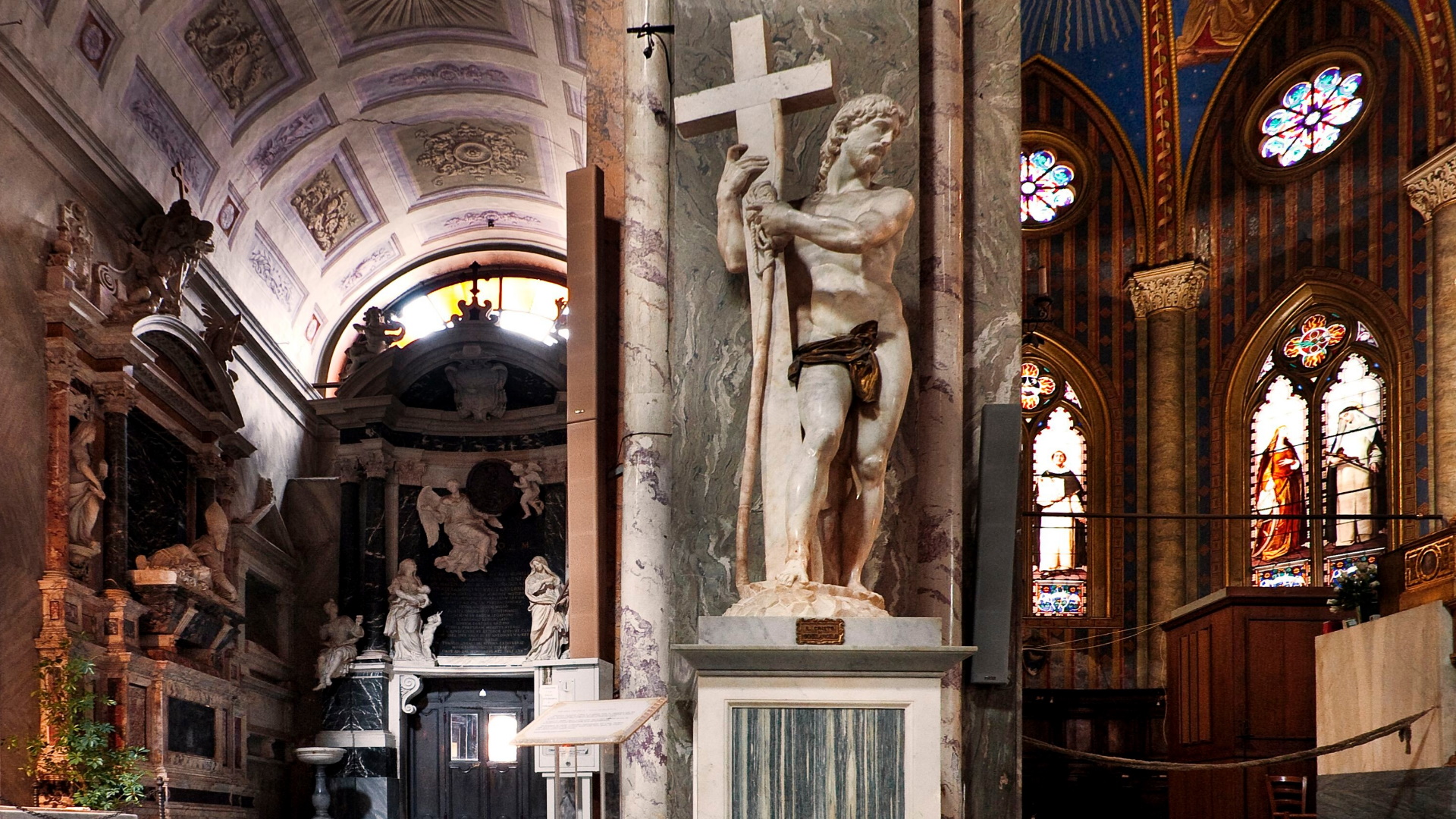 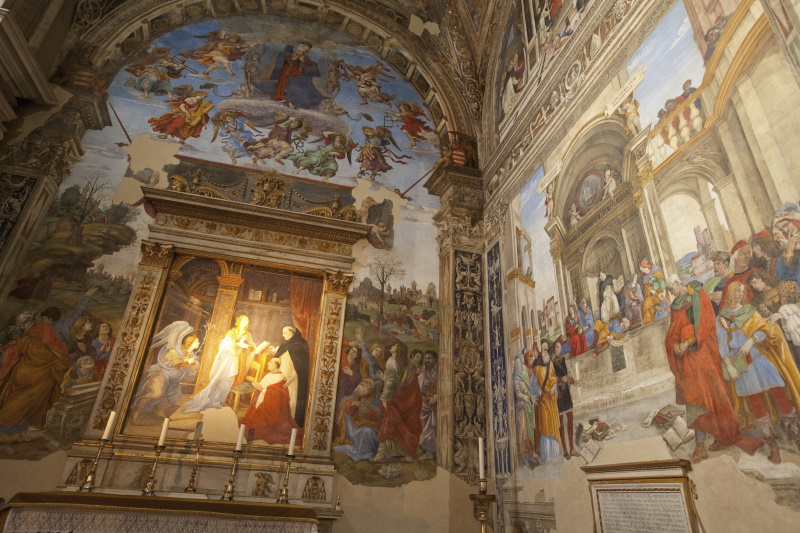 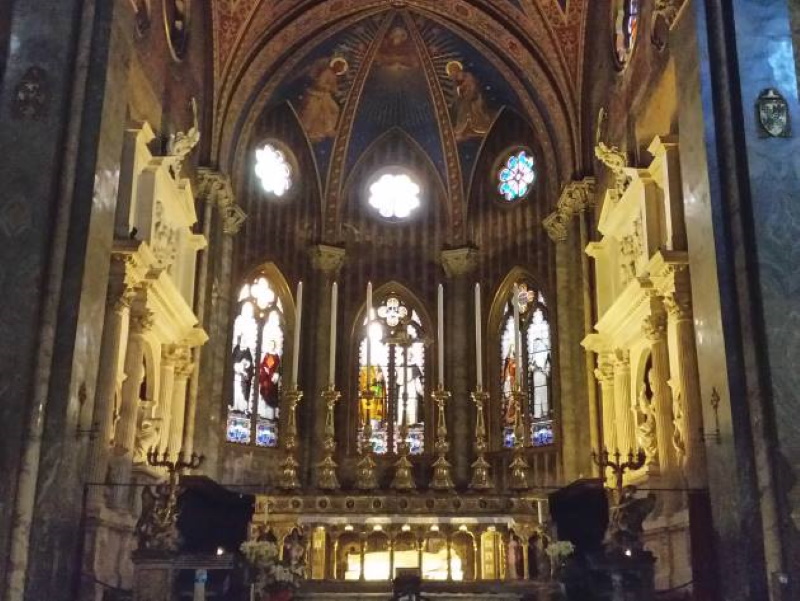 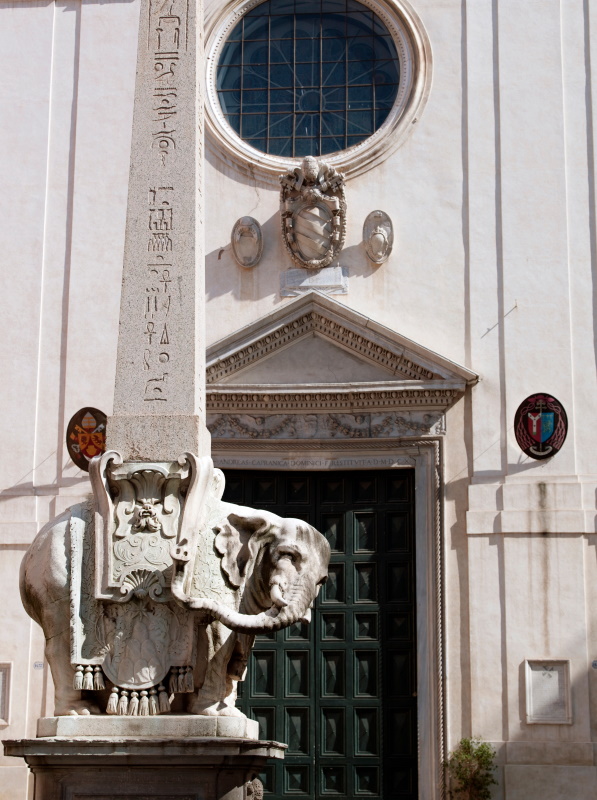 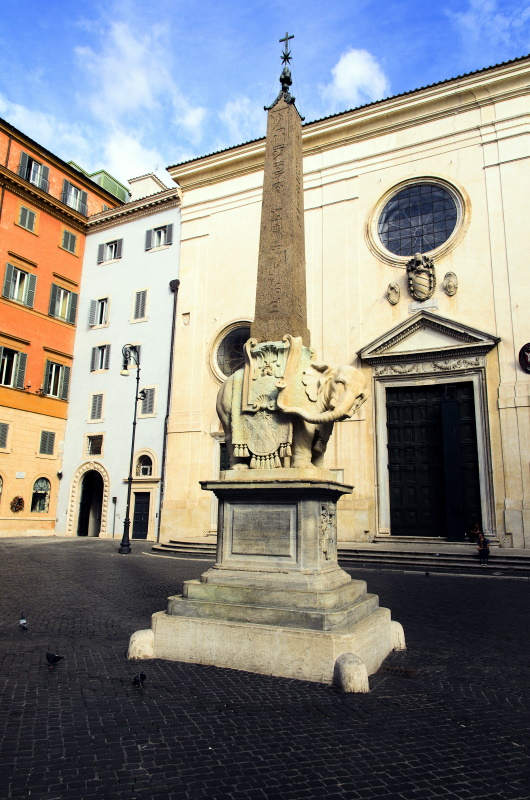 Founded in the VII century, over the ruins of a temple presumably dedicated to Minerva Calcidica, the basilica was rebuilt in a Gothic style in the XIII century. During the Renaissance the façade was renovated, and significant interior work was done.

The plaques on the right side of the façade commemorate the flood levels of the Tiber from 1598 to 1870. The interior is divided into three naves with the rib vaults that lie on the pillars. Its marble coating and pictorial decoration are the result of the restoration carried out in 1850, which has deprived the basilica of its original aspect.

On the right transept stands the Carafa Chapel richly decorated with a series of frescoes by Filippino Lippi (1488-93). In The Annunciation over the altar the commissioner of the chapel, Cardinal Oliviero Carafa, is depicted.

The statue of Cristo the Redeemer located in the presbytery is a work of Michelangelo. The arch-shaped funerary monuments of Clemente VII and Leone X by Antonio da Sangallo are preserved in the choir.

Saint Catherine of Siena and the great Dominican painter Fra' Angelico are also buried in the church. The tombstone of Fra Angelico is a work of Isaia da Pisa (1455).

The center of Piazza della Minerva is decorated with an Egyptian obelisk from the 6th century B.C, which was moved from the Iseo Campense (Campo Marzio) nearby.The elegant supporting base for the obelisk, which has the shape of an elephant, was created by Bernini. Because of its size the statue is called “Pulcino della Minerva”. The work was accomplished by Ercole Ferrata (1667). 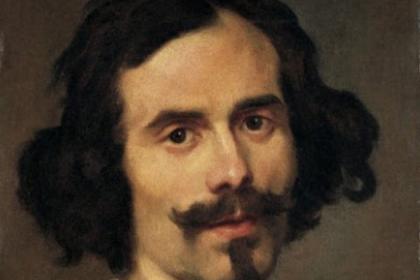 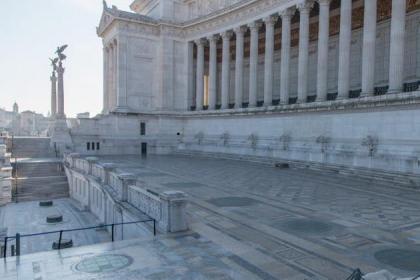 The art of nicknaming in seven examples

Naming and renaming: imagination to power 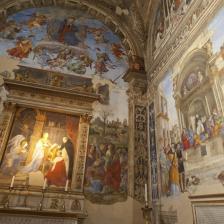 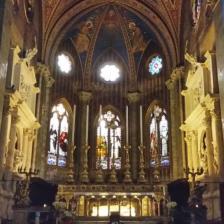 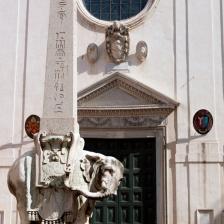 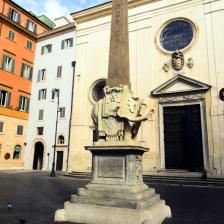