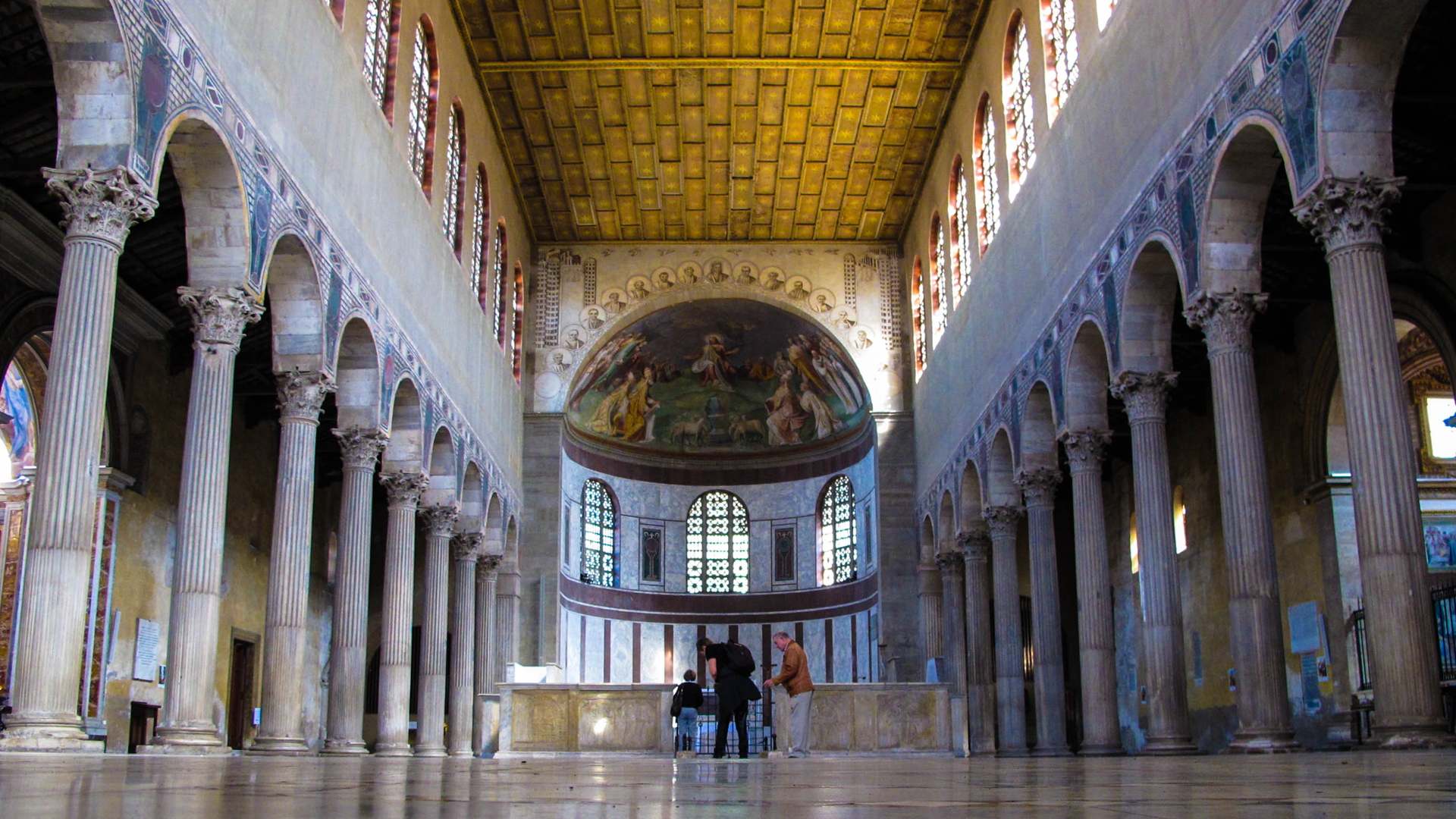 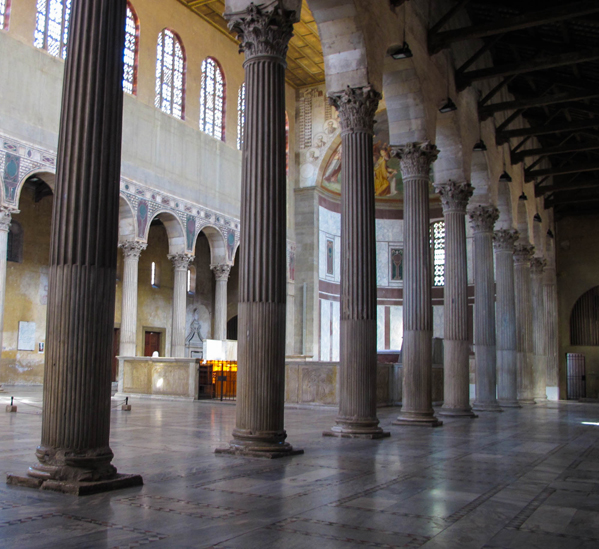 Saint Sabina was founded by Peter of Illyria, a Dalmatian priest, in 425. The church was built on an ancient Titulus Sabinae, that probably arose in the house of the matron Sabina, identifying herself with the saint. It was restored by Pope Leo III and then by Pope Eugene II, who embellished it with the Schola Cantorum.

Due to its privileged position, dominating the area below and part of the course of the Tiber, in the tenth century the basilica became the fortified residence of several noble families, the Crescenzi before and the Savelli after.

In 1219 Pope Honorius III donated the church and part of the palace to St. Dominic of Guzman, founder of the Dominican Order who lived here; the bell tower and the cloister were built in that period.

Completely transformed in 1587 by Domenico Fontana on assignment of Sixtus V, In the early twentieth century it was restored to its medieval appearance by Antonio Muñoz:  the baroque superstructures were eliminated, so much so that it currently represents the most perfect type of 5th century Christian basilica.

The façade, which is preceded by the atrium, is arched, supported by four ancient marble columns and four granite columns, in which are collected stone fragments, sarcophagi of imperial age and remains of ancient barriers.

The middle portal of the church, which has a beautiful marble outline of the classical period, is closed by precious cypress wood door knockers, with reliefs depicting scenes from the Old and New Testament.

The interior of the basilica, bright, vast and solemn, is divided into three naves by twenty-four fluted Corinthian columns. All that remains of the original 5th century decoration is a large mosaic band with an inscription in golden letters on a blue background, showing the names of Peter of Illyria and the pope in office in those years, Celestine I.

Next to the wooden portal there is a small column that indicates the place where, according to tradition, St. Dominic used to spend his nights in prayer; above it is placed a black basalt stone, probably a Roman weight.

Legend tells of the devil, badly tolerating the intense pity with which St. Dominic was praying on the tomb containing the bones of some martyrs, threw this stone at him, which did not strike the saint but broke the tombstone. 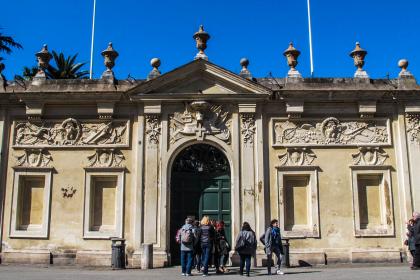 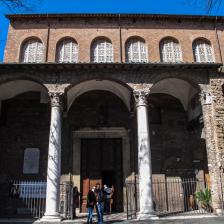 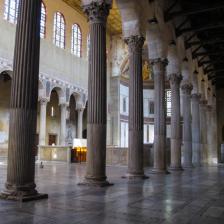