Basilica and necropolis of Pianabella 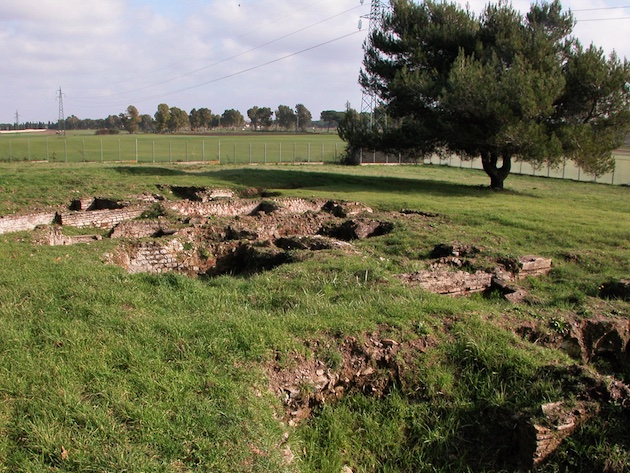 The basilica is located near the modern cemetery of Ostia, along a plain crossed by ancient cemetery roads. In fact, this area was used, starting from the second century AD, as an expansion of the neighboring Laurentina necropolis: excavations have returned several sarcophagi, now in the Ostiense Museum.

Flanked by a paved road, the basilica was built between the end of the 4th and the beginning of the 5th century AD. and it was a building with a single nave with an apse, preceded by a fortified forepart. Inside, a funerary enclosure was found containing one hundred burials on multiple overlapping orders.

The church was used from the 6th century up to the Carolingian age, that is, until the beginning of the 9th century AD. when the surrounding necropolis was abandoned. Its identification remains uncertain; according to some scholars the basilica was dedicated to SS. Pietro, Paolo and Giovanni, according to others, to S. Lorenzo. 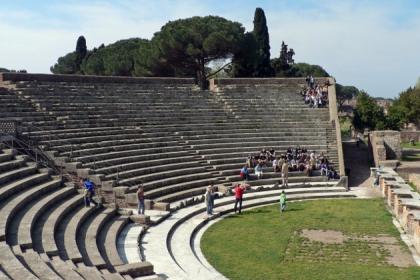 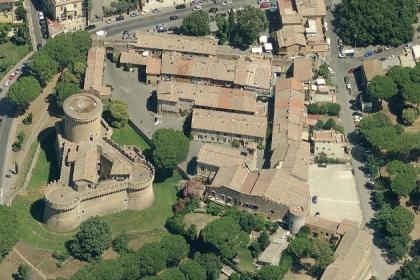