Founded in the 16th century for the friars of the nearby convent and open to the public at the end of the following century, the Spezieria di Santa Maria della Scala is the oldest pharmacy in Rome and Europe, a small jewel in the Trastevere district. It was managed by the order of the Discalced Carmelites, who grew, prepared and sold their medicines here until 1954, the year the pharmacy was closed. Thanks to its strategic location and its proximity to St. Peter’s, it became so important that it was frequented by cardinals, princes and even popes, so much so that it was given the nickname “pharmacy of the popes”.

Thanks to the initiative of Fra Basilio, in the 18th century the pharmacy also became a place of study, where it was possible to learn the properties of plants, to compile herbariums and catalogue medicines. During the Roman Republic, it was then used as a hospital to assist soldiers injured during the clashes between the Republican and French armies: right here, following the rifle shot he received while defending Villa Spada, Luciano Manara died on 30 June 1849.

Crossing its entrance, you enter a world made of mortars and stills, vases, majolica and ancient instruments for weighing medicines. The hall still retains the 18th-century wooden showcases and furniture, while the ceiling is completely frescoed with the coat of arms of the Carmelites in the center. Some famous visits are remembered on the cabinet doors such as that of Vittorio Emanuele I, which took place on 27 October 1802. Among the many “medicaments” preserved here there is also the theriac, a medicine used since Roman times as an antidote against poisons, composed of 57 different substances including viper meat. 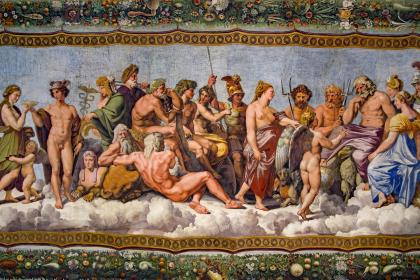 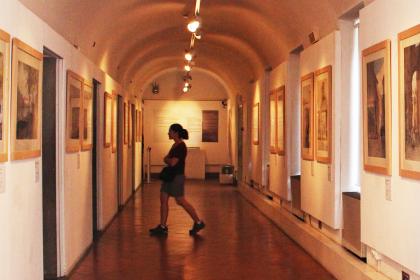 The pharmacy is open Monday to Saturdayfrom 8.30 to 20.30 non-stopClosed Sundays and public holidays