A village in the shadow of the Castle of Julius II 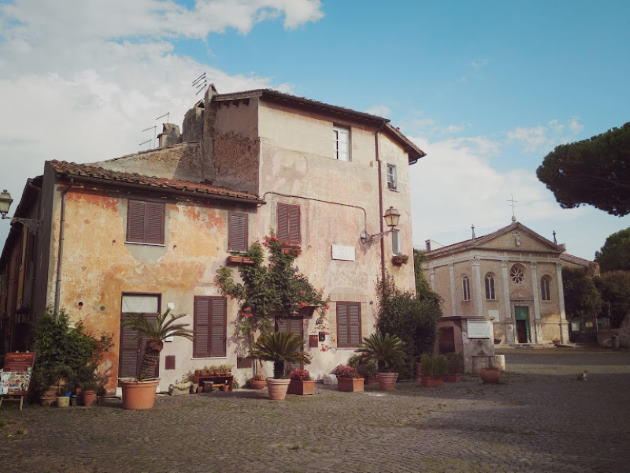 A village frozen in time, really very small, enclosed within solid walls and dominated by an imposing castle: the Borgo of Ostia Antica rises a few hundred meters from Ostia Antica, but has a character of its own, and a much longer history than that of the Roman city. A story that begins, if you think about it, right at the end of the Roman age.

Gregoriopoli: the origin of the village
The abandonment of the Roman city of Ostia Antica was rather slow and gradual. Gradually the city emptied itself, moved away from the mouth of the Tiber and from Portus, the ancient port of Rome (now in Fiumicino) which no longer played its important economic role by now, and the few remaining inhabitants of the area gathered near the bend of the Tiber. However, even this place was not safe since the Lazio coast was at the time threatened first by barbarians and then by pirates. Thus in the 9th century Pope Gregory IV had the small village fortified, important because it housed the mortal remains of Santa Monica, mother of St. Augustine, in the small Paleochristian church today dedicated to St. Aurea. The saint's relics were kept in the church until the mid-16th century. At the behest of the pope, they were then moved to Rome in 1430. Today a commemorative plaque remains inside Sant’Aurea. The church of Sant’Aurea was a bishopric for a long time. Behind it rose the Episcopio building, which on the main floor preserves a magnificent hall, the Salone Riario, frescoed by Baldassarre Peruzzi with large-scale scenes inspired by the reliefs of the Trajan's Column. The village of Gregoriopoli was surrounded by walls and had a pier on the bend of the Tiber. A first stronghold was built strengthened and enlarged over time. Until they decided to give it the deserving prestige under the pontificate of Julius II. The architect Baccio Pontelli carried out the project of the beautiful castle of Julius II.

The Castle of Julius II
Surrounded by a moat, the Castle of Julius II was a military fortress placed on purpose to guard the pier on the Tiber and along the ascent of the river towards Rome. The construction was started in 1400 by Martin V, who had a tower built here to control the Tiber, but it was Julius II from 1483 who wanted a real castle incorporating the previous tower, built a circuit of casemates at the base and led to three the number of defensive towers. The new castle is majestic even if not too large. Despite the military aspect, the staircase inside was completely frescoed with elegant grotesque decorations alternating with panels showing scenes from the myth of Hercules, attributed to the school of the painter Baldassarre Peruzzi.
The castle haven't got an easy life: less than a century after its construction, in 1557 an unprecedented flood led to the displacement of the Tiber river bed. The bend on which the castle stood had disappeared, the river had moved a few kilometers away. This marked the end of the castle's function as a control and custom place along the river and decreed its progressive abandonment, until it became, in the darkest moment of its history, a shelter for cattle and at the end of the nineteenth century the prison housing the condemned to forced labor who first brought to light the remains of the Roman city of Ostia Antica. Today the Castello dei Giulio II is one of the Places of Culture of the Archaeological Park of Ostia Antica and can usually be visited on weekends in small groups of maximum 12 people (better, in any case, refer to the website of the Park to avoid surprises).

Visit the Borgo di Ostia Antica
The Borgo di Ostia Antica is really very small. Once you pass through the open door in the walls, you are in Piazza della Rocca, in front of the imposing keep of the Castle of Julius II. A central fountain and a few houses separated by two small narrow streets complete the urban layout, designed in the mid-fifteenth century. The village is really cozy: the houses are carefully detailed, from the color of the plaster to the flowers on the windows; it is really nice to walk here and stop and play with some kittens. The advice is to dedicate a day to Ostia Antica: in the morning you can visit the archaeological area of Ostia Antica, you can have lunch in one of the restaurants inside or outside the walls and you can walk in the village having fun identifying the more picturesque views (Ostia Antica is definitely instagrammable). If you come on a Saturday or Sunday, then in the afternoon you can visit the Castle of Julius II, thus completing your day in this place that is truly frozen in time. 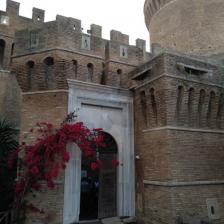 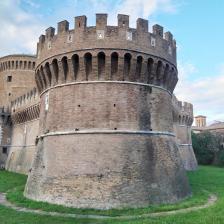 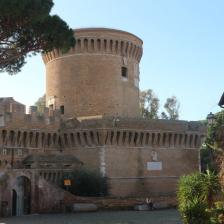 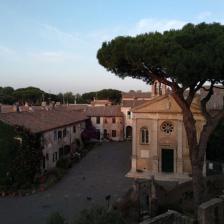 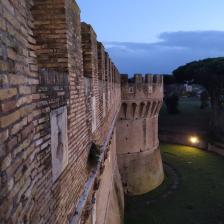 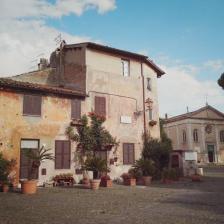