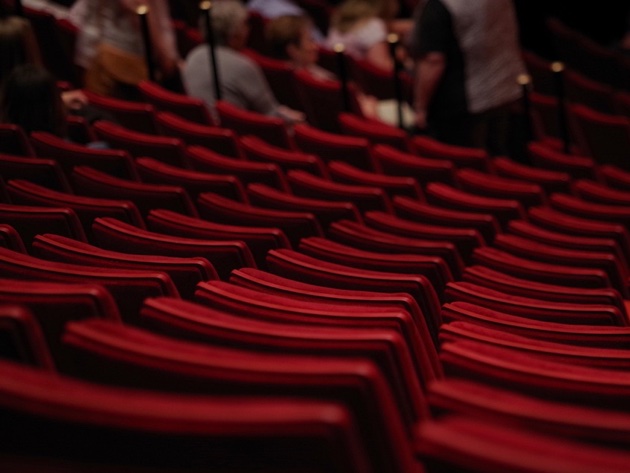 Rome boasts a theatrical tradition that has very ancient origins and, even today, offers a wide choice of proposals in the field of performing arts. From prose to comedy, from opera to variety, from classical ballet to experimental theatre, the city hosts a program of absolute importance on the national and international cultural scene, within some of the most prestigious and historic structures in the world.

The Opera House, known as Teatro Costanzi, named after its builder, was inaugurated on 27 November 1880 with the opera “Semiramide” by Rossini, in the presence of the sovereigns of Italy.

The theatre hosted “absolute premieres” of operas, such as “Cavalleria Rusticana” (17 May 1890) and “L’amico Fritz” by Mascagni (31 October 1891), and other great “premieres”, such as “Tosca” by Puccini (14 January 1900) and “Le Maschere” (17 January 1901). Over more than a century of life, the Opera House has seen its prestige increasing more and more even in the international arena. Over the many seasons there have been world-famous interpreters, from Caruso to Gigli, Maria Callas, Renata Tebaldi and Montserrat Caballé up to Del Monaco, Carreras, Domingo and Pavarotti, as well as illustrious conductors including Toscanini, Von Karajan and Riccardo Muti.

The current National Theatre, owned by Urbano Rattazzi, was built in 1925. The interior decorations were in Italian Art Nouveau style, embellished with gilded stucco, paintings, stones and fabrics. Born to be a cinema, it also included other genres of entertainment such as variety and cabaret. From the postwar period onwards, the intended use became unique, in favor of the cinema which it was born for. At the end of the 1990s it was acquired by the Municipality of Rome and given as an additional space to the Teatro dell’Opera Foundation in Rome.

Despite having been inaugurated on 13 January 1732, the Teatro Argentina boasts a much older history geographically. In fact, the place where it is located corresponds to the point where the great hall called Curia Pompeii once stood, walled up by Augustus, following the murder of Julius Caesar. The veto did not last long and the area was restored, returning to use until the fifth century AD.

From the very beginning, the theatre has staged masterpieces such as “Il Barbiere di Siviglia” by Rossini (1816), works by Cimarosa and Donizetti and, in 1827, hosted a highly applauded concert by Paganini. In 1849, Giuseppe Verdi made his debut there with “The Battle of Legnano”, which was deeply felt by the Roman audience against the oppression of the Papal State and the French presence.

Address: Via Lazzaro Spallanzani, 1/aHistoric theatre whose works were commissioned in 1841 by Prince Alessandro Torlonia to celebrate his wedding. Reopened in December 2013 after complex restoration works, it is located in the splendid Villa Torlonia Garden, among environmental, artistic, monumental treasures and historical memories.

Founded in 1999, the Teatro India represents an original place, suitable for experimenting with different artistic languages, and it is located in the citadel of the former Mira Lanza factory, a large industrial settlement on the banks of the Tiber, on the other side of the Gazometro.

It is the network of spaces for the show in the city which includes the Teatro del Lido di Ostia, the Teatro Biblioteca Quarticciolo, the Teatro Tor Bella Monaca and the Teatro Villa Pamphilj-Scuderie Villino Corsini and have the vocation of promoting cultural growth, enhance the artistic and creative realities, propose shows, concerts, workshops, exhibitions and meetings.

The Sistina, recognized in 2003 by the Ministry for Cultural Heritage and Activities as a permanent theatre of the Italian Musical Comedy, is one of the most important and well-known Italian theatres also abroad, thanks to the international celebrities who have performed on its stage, from Marcello Mastroianni to Walter Chiari to Johnny Dorelli, from Enrico Montesano to Gigi Proietti, Enrico Maria Salerno, Mariangela Melato up to Louis Armstrong, Burt Bacharach, Liza Minnelli, Dionne Warwick and Woody Allen.

The Teatro Olimpico was born in the Thirties in the Flaminio district, in the area where today the Auditorium Parco della Musica, the MAXXI and the Olympic Stadium stand. It is a reference theatre for dance, for great comedians and star performers, for musicals of the highest level, for magic shows and multimedia performances.

The theatre is housed inside the monastery garden adjacent to the parish church of Santa Maria in Via, a stone’s throw from the Trevi Fountain.

Inaugurated in 1957, it has represented contemporary Italian and European comedy shows on works by living authors. The theatre became a reference stage for many well-known Italian performers, conductors, opera singers, companies and musical bands.

Located in the heart of Testaccio, the folk spirit of the city and the border district, where the first public housing were built, it stages prose performances with productions by the Actors & Technicians Cooperative, great Italian and international guests and prestigious companies.

The Ghione Theatre hosts the greatest classics, from Pirandello to Wilde, from Shakespeare to Goldoni, alternating them with more modern proposals and musical concerts.

French theatre in Italy which, through the universal language of theatrical art, has represented a bridge between French and Italian culture for 15 years.

This “Jewel of art on the slopes of the Capitol” was inaugurated in 1958 with “I capricci di Marianna”, a two-act opera by Alfred de Musset. It has hosted theatrical premieres by “difficult” authors, such as Ionesco, Beckett, guests of great prestige in “one man show” evenings, famous concert performers such as Arturo Benedetti Michelangeli. The artistic activity of the theatre continues with the staging of contemporary comedies and dramas.

It was born in 2003, on the occasion of the centenary of Villa Borghese, when Rome virtually twinned with London, home of the famous Globe Theatre. The space, thanks to the particular architectural features and the essentiality of the scenes, allows you to immerse yourself completely in the atmosphere of the works of the English Renaissance Theatre.

Built in 1871, near the Trevi Fountain, its name was chosen because it recalled the origins of Rome (Quirinal Hill and God Quirinus). Among the artists who have trodden the boards we remember Ettore Petrolini, Eduardo De Filippo, Carmelo Bene, Carlo Giuffrè, Giorgio Strehler, Paolo Stoppa, Paola Borboni, Luca Ronconi and Vittorio Gassman, whom the theatre has been named to since 29 June 29 2004.

The theatre was born in 1918. The greatest actors of the Italian theatre scene alternate on his stage, including Antonio De Curtis, aka Totò. In 1945, Luchino Visconti directed Jean Cocteau’s “Parenti Terribili” there. The great classics of Shakespeare, Musset, Checov, Miller, and the great interpreters of the Italian scene, including Anna Magnani, Anna Proclemer, Monica Vitti, Giorgio Albertazzi, Dario Fo and Marcello Mastroianni stages here. Italian and foreign dramaturgy, many novelties, great classics and foreign guests made it one of the great Italian theatrical realities.

Younger brother of the Eliseo Theatre, since the 2000s he opens up to new Italian and foreign dramaturgies, to new interpreters and directors. The theatre is dedicated to novelties, young audiences and experimentations.

Inaugurated on 16 January 1916, it hosts great actors such as Totò, Aldo Fabrizi, Anna Magnani and Gigi Proietti as well as musicians of all kinds, from Giuseppe Di Stefano to the Beatles, from Fabrizio De Andrè to Jimi Hendrix, Louis Armstrong and Adriano Celentano. It allows the creation of very different productions, from opera and ballet to musicals and prose theatre.

In the heart of Teatro Brancaccio, we find a small comfortable space that hosts contemporary dramaturgy and texts by emerging or already established authors and the Brancaccino Teatro Ragazzi which offers workshops and meetings with authors.

Located in the Esquilino district, it is mainly intended for comedy theatre performances. A splendid Art Nouveau building with sumptuous lines, unique in its kind, it was inaugurated on 3 March 1909. Cast iron columns decorated the internal structure, closing in arches rich in floral decorations at the top of the gallery. Red velvet covered all the interiors, and large chandeliers illuminated the room.

The building, in classical monumental style inspired by the archaeological restorations of ancient Rome, represents an ideal entrance to the historic Garbatella garden village and was built between 1926 and 1927. It hosts high-level theatrical, cinematographic and musical performances.

The Teatro Vascello shows the trend towards a new experimental theatre, in search of innovative languages ​​and has hosted, over the years, great masters of international theatre. Experiment with new theatrical and artistic languages, video art and the performing and visual arts, collaborate with the Eliseo theatre, and for over 20 years it has been the stage of the prestigious RomaEuropa Festival. Among its many initiatives, the Vascello presents festivals of new cinema, ethnic and contemporary music, contemporary art and shows for children.

Designed by the architect Andrea Busiri Vici, the Teatro Sala Umberto was inaugurated in 1882. Temple of the Italian Variety and Revue where great actors such as Ettore Petrolini, Totò, Aldo Fabrizi, the De Filippo brothers, Anna Magnani and Walter Chiari performed. Alongside the seasons of prose, a series of parallel initiatives, including the opening of an intense training activity with the Teatro Ragazzi and cultural projects ranging from contemporary theatre to dance, from recitals to concerts.

A theatre located in the Prati district, near the Vatican, offering an always rich program that ranges from comedy to musical plays to performances dedicated to children. It is among the earliest “dog friendly” theatres in Italy, providing the public with a dog sitting and dog walking service directly in front of the theatre for the duration of the show.

The original structure of the Roman theatre of Ostia Antica dates back to the end of the 1st century, in the middle of the Augustan age. Located within the archaeological area of ​​the excavations, with the Piazzale delle Corporazioni, the Ostia Antica Theatre formed a grandiose complex, where the offices of the most prominent merchants and traders of the city were concentrated within. Today it is a spectacular stage for numerous cultural events, such as concerts, theatrical performances, ballets and cabarets.