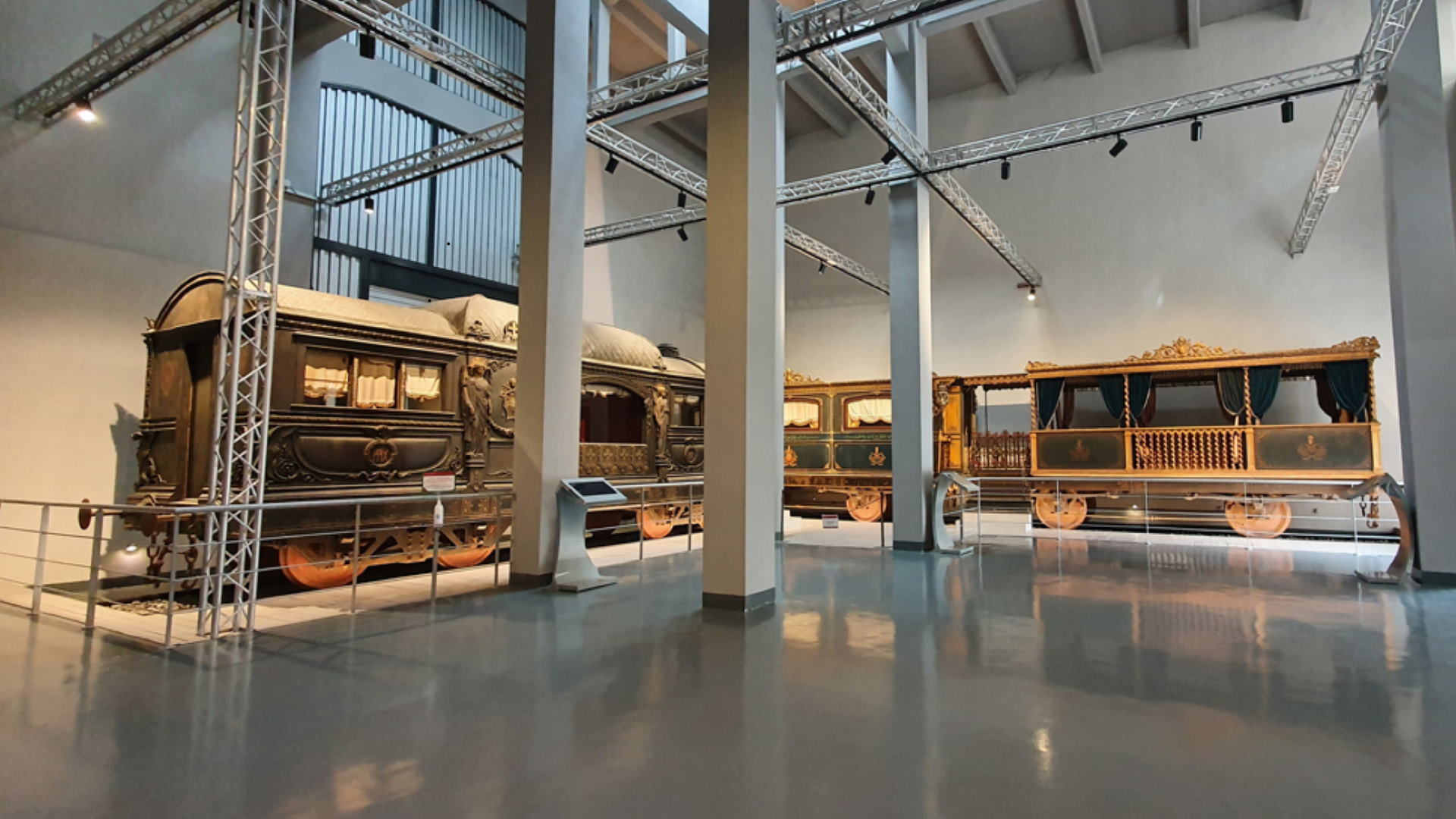 Rome’s Centrale Montemartini is an atypical museum, a unique place where gigantic machinery and mighty turbines serve as a backdrop to marble statues and relics from the classical world, in a highly original combination of ancient art and industrial archaeology. But in the spaces of what until 1963 had been a modern and functional thermoelectric power plant, commissioned in 1912 by engineer Giovanni Montemartini, a spectacular and equally atypical showpiece has also found a home, telling a page of Rome’s modern history.

The pope travels by train

Since 2016, the museum’s former Boiler Room no. 2 has been hosting the train cars of Pope Pius IX, born Giovanni Maria Mastai Ferretti, who ascended to the papal throne in 1846. Unlike his predecessor, the new pontiff was fully aware of the future key role of that means of transportation which had been clattering through many European states for some years, and soon after his election he had appointed a commission to study plans for the construction of railway lines connecting Rome to the main centers of the Papal States. Forced to seek refuge in Gaeta following the uprisings of 1848 and the brief experience of the Roman Republic, Pius IX had then experienced firsthand railroad travel. Invited and accompanied by the King of the Two Sicilies Ferdinand II of Bourbon, the pontiff had in fact made his first trip by train from Portici to Pagani, the first railway built on Italian soil, and then visited the Reale Opificio di Pietrarsa’s iron and steel workshops where the powerful Neapolitan locomotives were built.

A modern and valuable gift

Upon returning to Rome in the spring of 1850, he gave thus orders for the construction of a series of railways: the first line (Pio Latina line) to be inaugurated, in July 1856, covered the 19 kilometers between Rome and Frascati in just over half an hour. A few years later, the railway lines built in the Papal States already covered more than 300 kilometers, with the Rome-Civitavecchia (Pio Centrale line), the Rome-Velletri-Ceprano and the Rome-Ancona-Bologna lines. In this climate of enthusiasm for railways, the first papal train was then commissioned by the “Pio Centrale” and “Pio Latina” companies as a gift for the pontiff. Costing the stratospheric sum of 140,000 francs, the train had been made in France and arrived in the city of the popes at the end of a long and adventurous journey: by river to Marseille, then by sea to Civitavecchia, and finally by river again to the river port of Ripa Grande. On 3 July 1859, the luxurious little train made its maiden voyage, triumphantly entering Cecchina station greeted by an eager crowd, having departed from Porta Maggiore station, the then terminus of the papal railway lines.

The powerful train locomotive carried three carriages, true works of art on rails. The first carriage, partially open, was the so-called Balconata: a “movable loggia” for papal blessings, richly decorated with gilded twisted columns, friezes and chiseled copper flowers on the outside and, on the inside, gilding and velvet, with a faux veil sprinkled with stars on the vault. No less beautiful was the second carriage, the Throne Room, with a small apartment attached for the pontiff’s private use. Dominating the interior were the papal hues of white and yellow, with gold and silver strands making the room even more precious. In the center was scenically placed the papal seat, surmounted by a canopy and made with the capitonné technique, a workmanship much in vogue in the 19th century. Silver-plated and gilded copper sculptures, friezes and reliefs also adorned the exterior of the sumptuous Chapel Carriage, where the pope held mass during one of his trips. Renowned French craftsmen and artists, such as the painters Gérôme and Cambon, attended to its decorations: in addition to the obvious sacred subjects, the vault includes depictions of Pius IX blessing a railroad and a port, the most modern transportation infrastructure in those days.

Within a few years the history of Rome would radically change direction: the train’s activity was therefore rather short and the pope made very few trips. After 1870 and the seizure of Rome, the three carriages were housed for a long time in a shed at Roma Termini station, where they were despoiled of some ornaments. In 1911, to celebrate the 50th anniversary of the Kingdom of Italy, Pius IX’s train was displayed as a historical relic in Castel Sant’Angelo, only to be transferred in 1930 to the newly founded Museum of Rome, then on Via dei Cerchi. From here, on 2 August 1951, after a spectacular parade through the streets of the city aboard a train trolley, the wagons arrived at the museum’s new headquarters in Palazzo Braschi, where they were housed in the ground-floor rooms facing Piazza Navona, effectively excluding the possibility of access from that side. And precisely in order to recover the palace’s splendid view of the Fountain of Rivers, the spectacular train convoy finally found its final location in the spacious and bright rooms of the Centrale Montemartini.