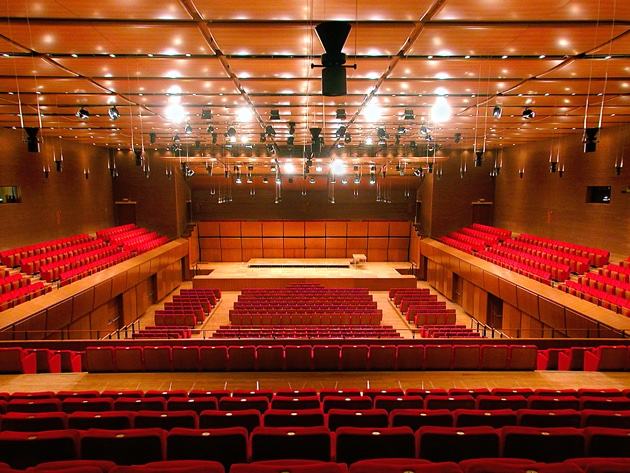 A refined musical complex, designed by the great architect Renzo Piano, located a few minutes away from the centre, close to the elegant Parioli district. Consisting of three splendid halls, the Petrassi hall, the Sinopoli hall and the Santa Cecilia hall, it boasts a large open-air Cavea, a hemicycle theatre square, for the summer season concerts. A real place of entertainment, art and culture, it hosts a library-mediatheque, an Archaeological Museum, a Foyer with 20 light installations, multi-purpose halls, vertical gardens, rehearsal and recording studios, shopping and dining areas.

A multifunctional space for live concerts, lessons on Jazz History, listening guides, readings, educational activities and film festivals. The Casa del Jazz is open to all music styles, from Dixieland to the avant-garde, with a special focus on the Italian scene. It hosts performances by internationally renowned and lesser-known artists.

A stone's throw from St. Peter's Basilica, the Auditorium Conciliazione hosts dance performances, one-man shows, film premieres, concerts and multimedia shows. Inside the elegant structure, there is a refined restaurant and a trendy cocktail bar.

A hall with very clean acoustics for instrumental and symphonic music, where the Great Walcker-Tamburini Organ is present. It hosts an intense concert activity, which also sees the best students of the school of Organ and Organ Composition as protagonists, such as the “Emufest, International Festival of Electroacoustic Music”, and the Festival “An Organ for Rome”.

Classical and opera concerts are organized in this 17th century Baroque Oratory, next to Trevi Fountain and the Pantheon. Wolfgang Amadeus Mozart performed there, in 1770.

Former sacristy of the 17th-18th century Church of Campitelli, the hall hosts a rich program of classical, symphonic, choral and opera arias concerts, including the prestigious Music Festival of the Nations.

An area dedicated to a young audience, it hosts concerts, new opera, electro-cabaret and musicals.

Designed for the 17th Olympic Games in Rome in 1960, this masterpiece of rationalist Italian architecture of the 20th century, with its 11,500 seats and 8 snack bars, is one of the most important and most beautiful indoor arenas in Europe. The likes of Carlos Santana, Rolling Stones, The Cure, Depeche Mode and Dire Straits performed on its stage. It hosts big concerts, as well as major sporting and cultural events.