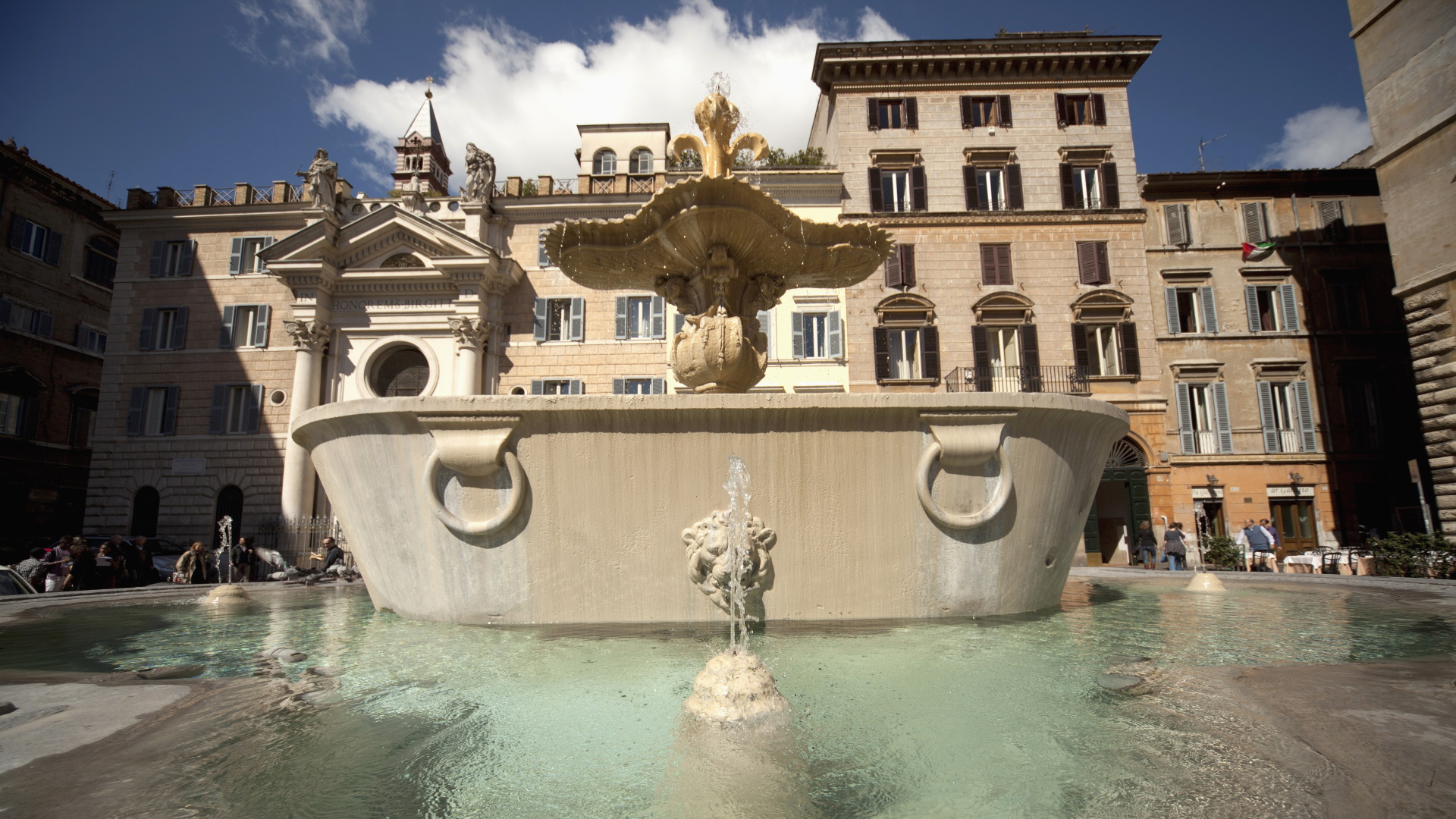 In ancient times, this area was part of the Campo Marzio. It housed the Trigarium, a hippodrome dedicated to the trigas, or the chariots pulled by three horses on which charioteers trained because of some competition or exhibition in the nearby Stadium of Domitian.

The name of this district derives from arenula or renula. The arenula is the soft sand which, during floods, has been deposited on the shores of the Tiber for millennia.

Among the places of primary interest and the most representative monuments of the district are Palazzo Cenci, linked to the sad human story of Beatrice Cenci and her family, Palazzo Farnese, the seat of the French Embassy, ​​Palazzo and Galleria Spada with the surprising fake perspective by Borromini, via de' Giubbonari, one of the most popular shopping streets in Rome, and then via Giulia and Campo de' Fiori with its ancient and lively market dominated by the statue of Giordano Bruno who was burned alive here in 1600.

Since the early Middle Ages, the rione was an area of ​​millers, dyers, rope-makers, butchers, and tanners, who for obvious reasons worked in close contact with the river of Rome, the Tiber. Here, in fact, cow skins were tanned and, in all probability, one of the most famous dishes of the Capitoline gastronomy, the coda alla vaccinara (oxtail stew), was born in this district.

Various personalities were born or lived in this district. Among them, Cola di Rienzo, the 14th-century tribune of Rome, but the son of a miller and a tavern-keeper, and Benedetto Cairoli, the Risorgimento hero. In the church of the Santissima Trinità dei Pellegrini, worked "Pippo bbono" San Filippo Neri, who dedicated his life to the evangelization of the city and to the street boys and girls who sang and played in harmony in his oratory. It was in the adjacent Hospice of Convalescenti and Pellegrini that Goffredo Mameli, the author of the Italian anthem and a valiant soldier, died in 1849, in the strenuous defense of the Roman Republic.

The coat of arms of the rione is a rampant golden deer in a turquoise field. 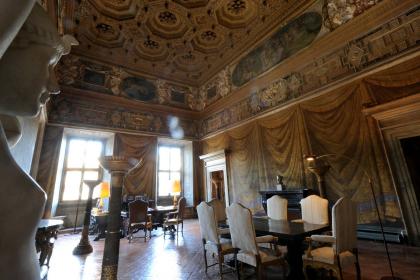 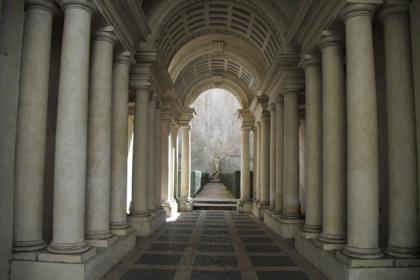 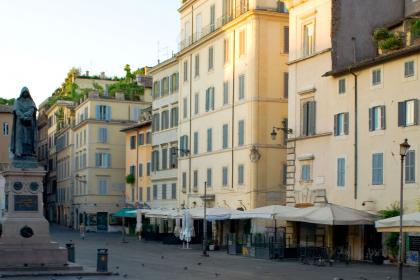 Church of the Santissima Trinità dei Pellegrini
Churches and Basilicas