As part of the exhibition project "From La Biennale di Venezia & Open to Rome. International Perspectives",  Galleria d'Arte Moderna of Roma Capitale hosts Carole A. Feuerman, a sculptress among the greatest exponents of American hyperrealism.

The artist presents some works in coloured resin that characterize her style, such as the empathic "Bibi on the Ball" and "Monumental Brooke with beach ball", and some more recent and vigorous ones in bronze and gold leaf, which portray subjects that have distinguished her expressive path since the 1980s; swimmers, bathers with poetic inspiration, captured in the moment of a suspended stillness, athletic figures, portrayed in the act of physical tension, up to the latest tributes to the great classics such as "The Thinker", set in parallel and compared with the architectures of the ancient 18th- century monastery housing the Galleria d’Arte Moderna.

"The queen of super-realism", as defined by art historian John Spike, is an interpreter of the excellence of the female body. She recalls, through a reborn candour, her childhood years on Long Island, as well as her fascination with water and swimming. Her swimmers are a magnificent combination of grace and beauty that preserves the proportion of the great classical sculpture. They harmonize perfectly with the surrounding space, creating a dreamlike and timeless atmosphere. 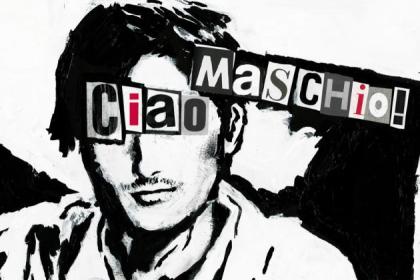