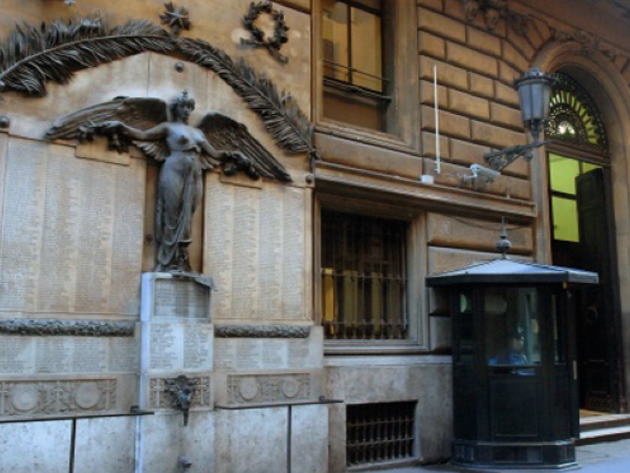 The name of the building, improperly called San Macuto, refers to the saint after whom the church in the same square was dedicated.

According to legend, the palace was named after a Welsh monk who had taken refuge in the Gallo-Roman town of Aleithum, today's Saint Malo, to escape persecution by the Saxons. He founded a monastery in Saint Malo, then he became abbot and was proclaimed bishop of the village.

The palace, annexed to the church, was built in 1607 by Count Girolamo Gabrielli of Gubbio and in 1729 it was donated to the Jesuits who had ransferred there students from the Roman seminary and had opened a dormitory for young students of noble families.

After the abolition of the Society of Jesus, the church and palace were bought by the Monte di Pietà (1774), which sold the church to the Confraternita dei Curiali and the palace to Cardinal Borromeo, that still maintains its name.

After the flight of Pope Pius IX from Rome in 1849, the provisional government of the Republic, led by Mazzini, Aurelio Saffi and Carlo Armellini, was established there, and later became the headquarters of the Ministero dei Lavori Pubblici (Ministry of Public Works).

As part of the creation of the Polo Bibliotecario Parlamentare (Parliamentary Library Hub), the Insula Sapientiae unit was reconstituted when the passageway has been reopened, connecting the adjacent building where the Biblioteca del Senato della Repubblica(Library of the Senate of the Republic) is located.

The building now houses the College of St Robert Bellarmine.

The building is closed to the public and only visible from the outside.