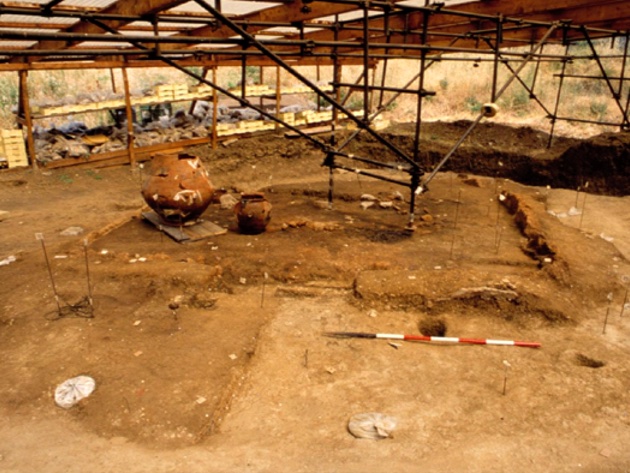 The protohistoric house is located near Castel Giubileo in Rome, in the area where the ancient city of Fidenae once stood and reproduces, in full scale, a hut in the town dating back to the Iron Age, that is, the 9th century BC.

The excavations, carried out between 1991 and 1993, have brought to light poles and parts of the still well-preserved walls of the structure, which was destroyed, it is assumed, when still in use due to a fire. Among the remains found inside, there are also those of the oldest example of a domestic cat in Italy, which was probably trapped in the flames.

The hut was partly paved with wood and contained a brazier, some containers for water and food, beds and a small clay deposit, perhaps for internal repairs. The original structure was reinterred and in the park built in the area, a similar one was rebuilt in technique, shape and materials.