The Fountain of the Tureen | Turismo Roma
Skip to main content

The Fountain of the Tureen 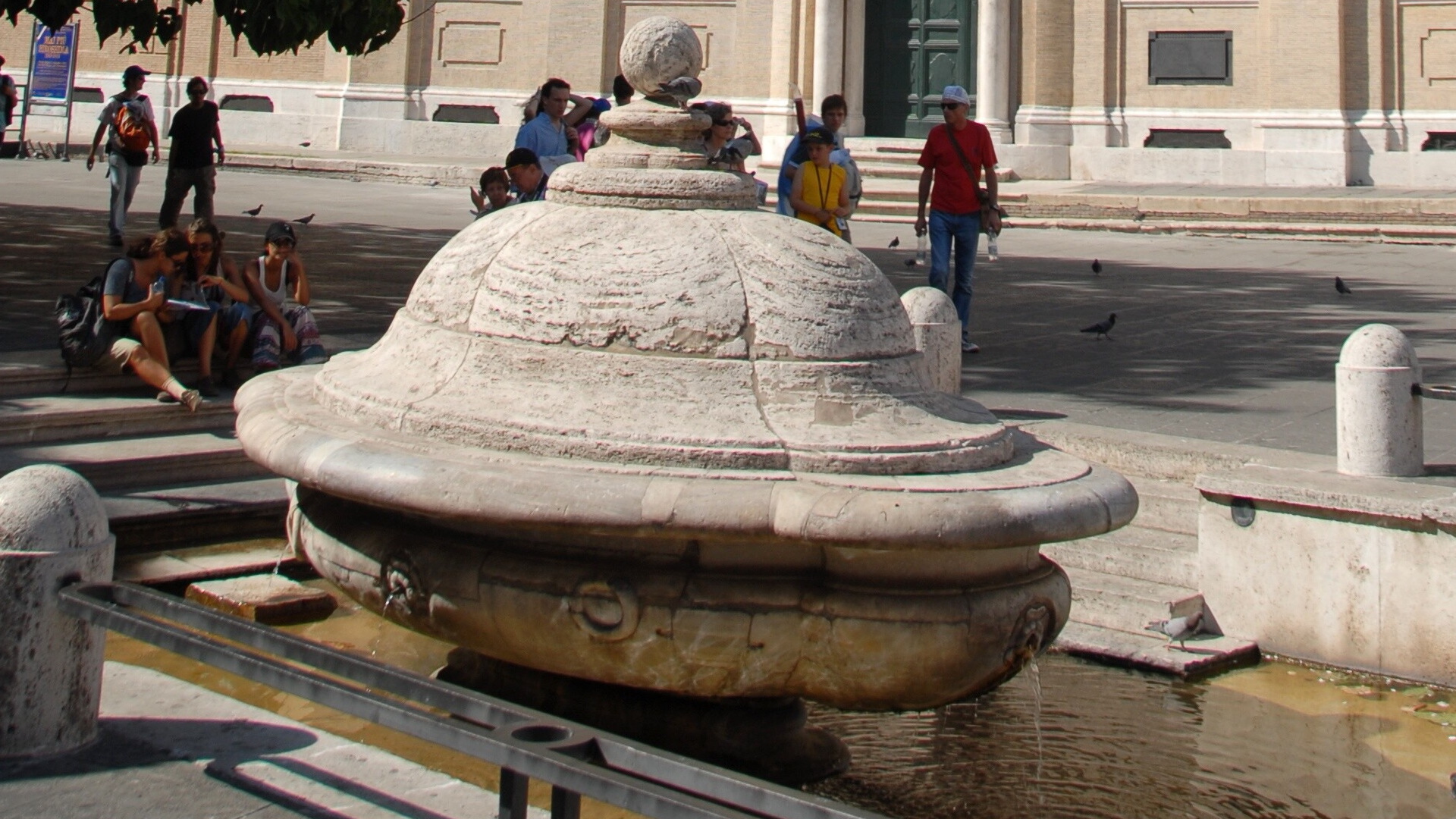 In the large squares, in the famous streets but also in forgotten alleys and hidden corners, Rome has a wealth of fountains unique in number and value. Among the many, the Fountain of the Tureen a has a little-known story waiting to be told.

Commissioned by Pope Gregory XII, it bears the signature of the architect and sculptor Giacomo Della Porta, who also created the Fontana delle Tartarughe in Piazza Mattei, the Fontana del Moro and that of Nettuno, to the right and left of the famous Fontana dei Quattro Fiumi by Bernini in Piazza Navona.

Today, it is located in front of the Chiesa Nuova, in Corso Vittorio Emanuele II, not far from Piazza Navona, but its history begins in the centre of Piazza Campo de ’Fiori, where it was originally located in 1595.

The oval-shaped fountain was decorated with four bronze dolphins placed on the edges of the basin, the water from the Vergine aqueduct flowing from their mouths. The dolphins were originally intended for the Fontana delle Tartarughe, but were never used.

Even then, in the square there was a crowded and picturesque market, and the fountain soon turned into a sort of outdoor pool in which to keep cool and wash fruits and vegetables.

The papal edicts were of little use, even with corporal punishments for offenders. In 1622 the city administration finally tried to run for cover and commissioned an unknown artist with a large travertine lid. In the same year the dolphins were also removed, and over time all trace has been lost.

The big lid inevitably inspired the well known irony of the Romans who renamed the fountain "Pasticcio" and then "Terrina", due to its resemblance to a large tureen.

The Terrina had its moments of great popularity when, on the occasion of some parties, from the vents, instead of the water, the excellent white or red wine of the Castelli sprang up.

Its vicissitudes, however, did not end here: in 1889 it was evicted to make room for the statue of Giordano Bruno and ended up in the flint deposit, at Testaccio, where it remained for 35 years.

In 1898, when Piazza Campo de’ Fiori was repaved, it was decided to place in its place a copy without the cover, ignoring, inexplicably, the original.

In 1924, eventually, the Municipality decided to recover the forgotten fountain which was placed in front of the the Church of Santa Maria in Vallicella.

Today, the Fountain della Terrina almost escapes the attention of those passing in the square, as well as the singular inscription that the anonymous creator of the carved on the lid almost as a philosophical reminder: “Ama Dio e non fallire, fa del bene e lassa dire. MDCXXII“ (Love God and do not fail, do good deeds and let others talk. MDCXXII).