The fountain of the Pantheon | Turismo Roma
Skip to main content

The fountain of the Pantheon 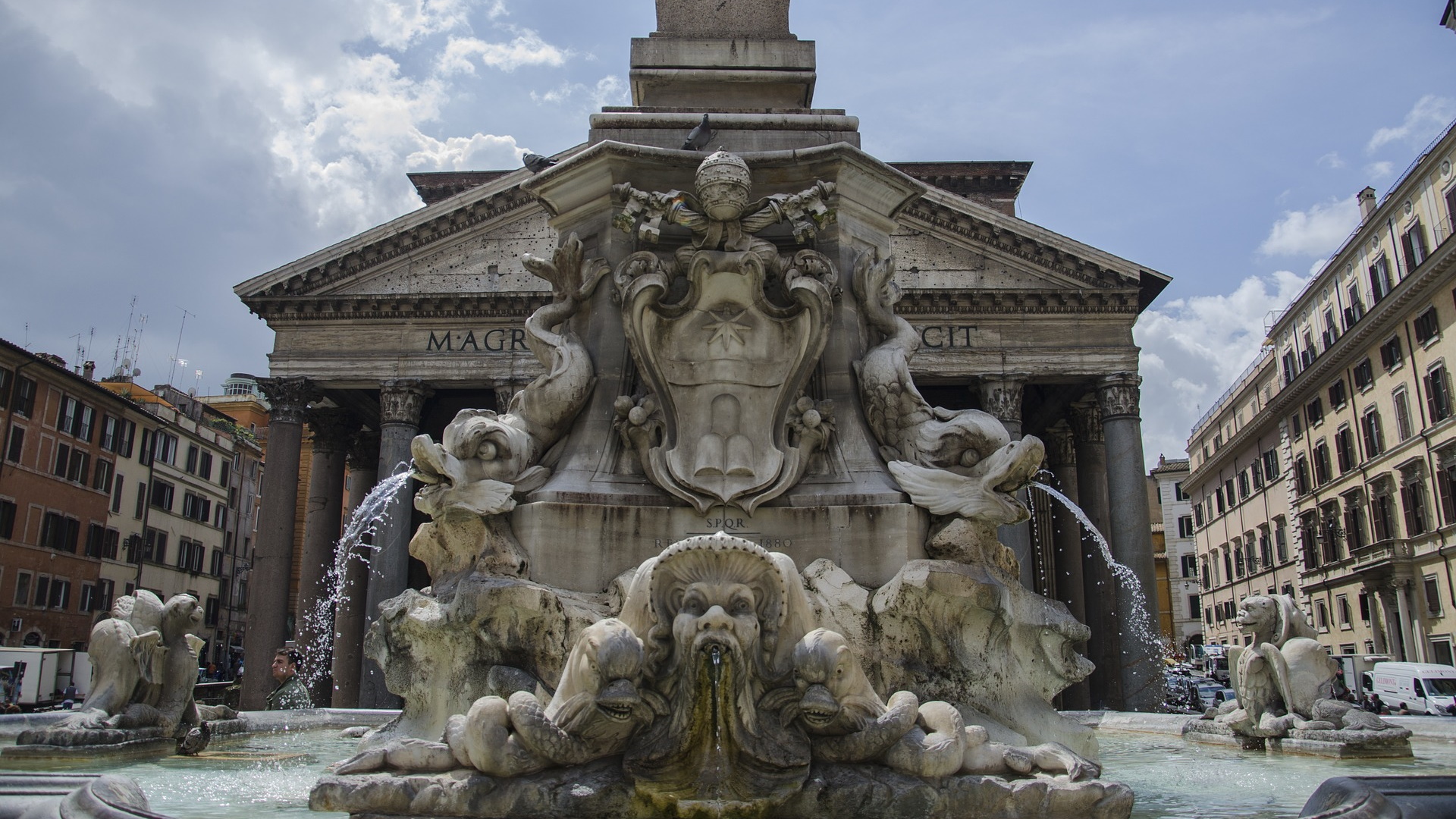 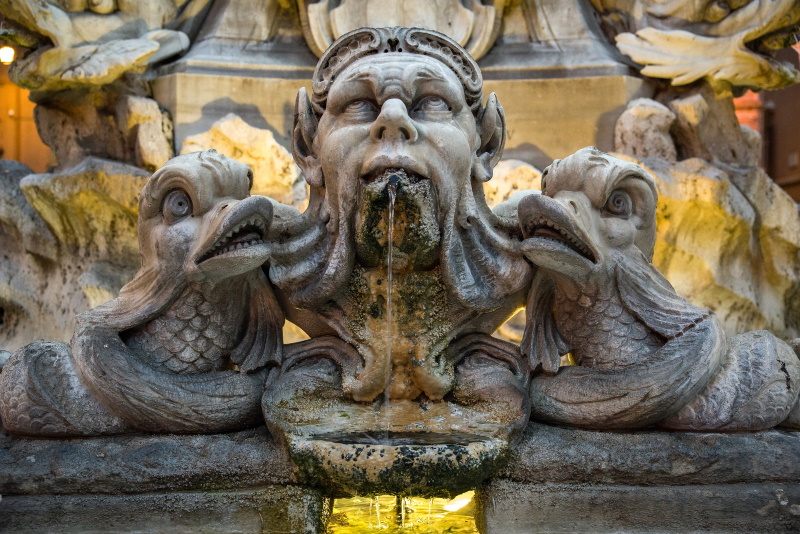 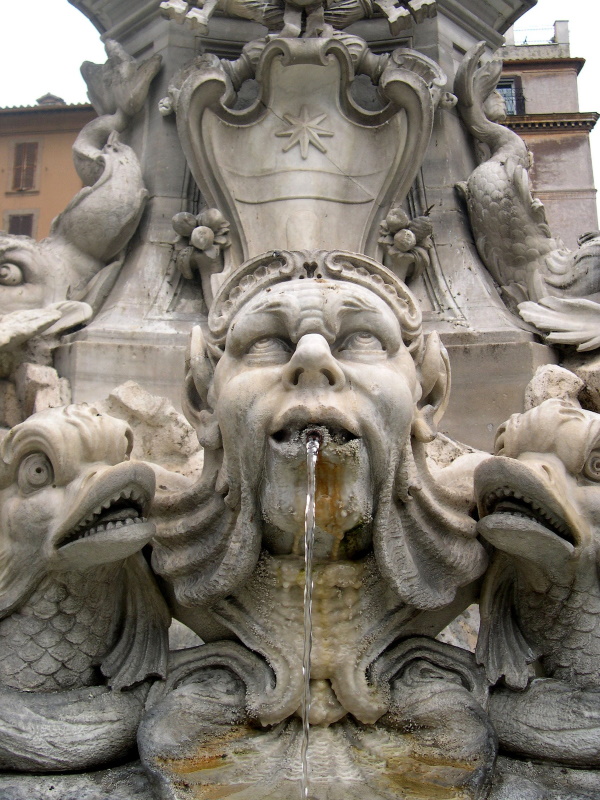 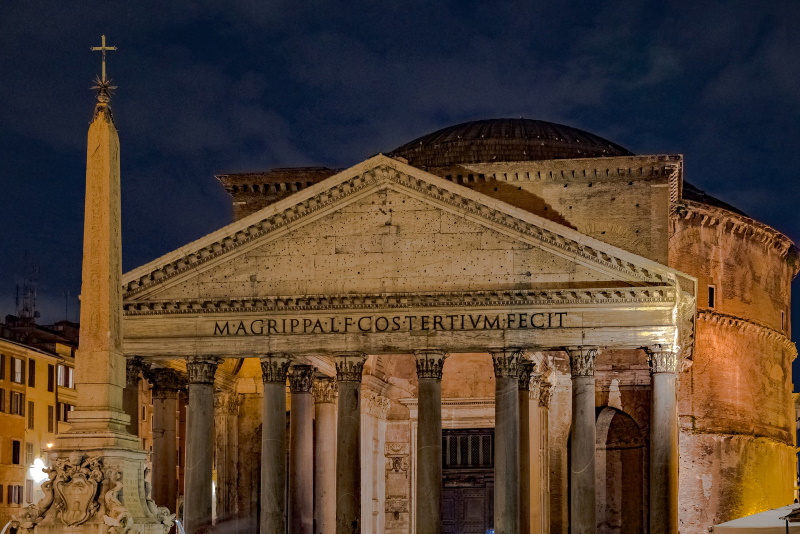 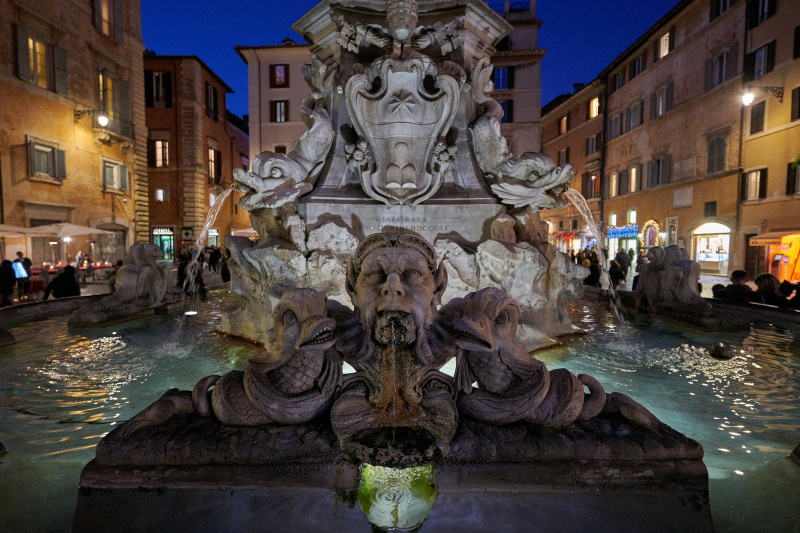 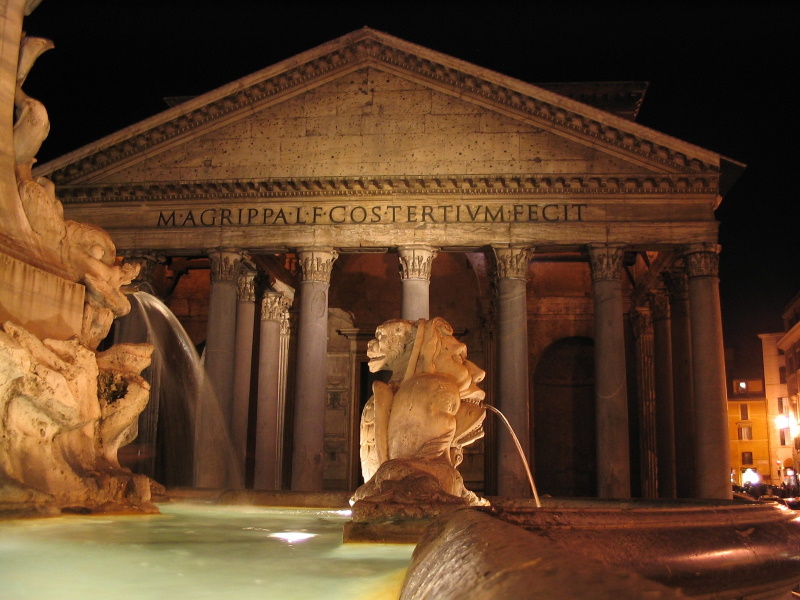 Created by the sculptor Leonardo Sormani, on a 1575 design by the architect Giacomo della Porta (1533-1602), the Pantheon fountain was one of the first fountains erected in Renaissance Rome. It was built following the restoration of the Vergine aqueduct (1570) which supplies, among others, the Fontana della Barcaccia, the Trevi Fountain and the Fountain of the Four Rivers.

Originally it consisted of a mixed-line basin in African gray marble, with the sides interrupted by four circular arches and was surmounted by a baluster supporting a basin. Four masks were inserted into the handles of the semicircles, on the back of which were depicted dragons, heraldic symbols of the Pope Gregory XIII Boncompagni (1572-1585). An external balustrade and three steps surrounded the pool. Of the Della Porta complex, however, only the gorgeous marble basin remains today, as the fountain has been gradually transformed by a series of interventions.

In 1662, the floor of the square was lowered, the balustrade and the steps were removed and was built a large base that incorporates the mixtilinear motif of the basin.

In 1711, by the will of the Pope Clement XI Albani (1700-1721), the central obelisk of Ramses II, coming from Iseo Campense and transported here from nearby Piazza San Macuto, was added in place of the upper basin. Supported by a complex sculptural base, the work of Filippo Barigioni (c. 1690-1753), the obelisk rises on a false travertine cliff, on which a plinth with dolphins at the corners rises, while on two sides of the same, two monumental coats of arms of the Albani family are carved. On the other sides, an epigraph recalls the interventions of Pope Clement XI. 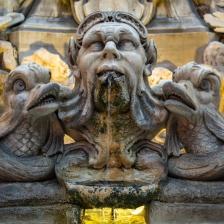 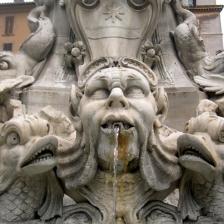 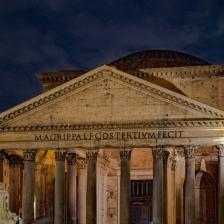 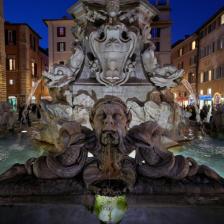 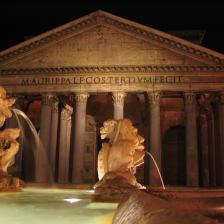