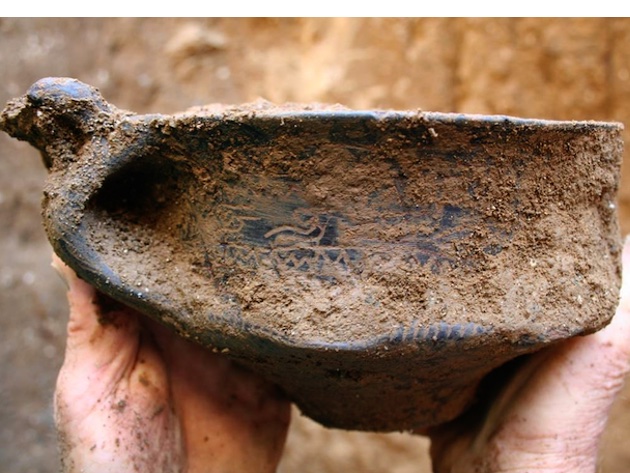 The town of Crustumerium stood between Eretum, today's Monterotondo, and Fidenae and was located on a plain overlooking the Tiber valley and the ancient via Salaria.

According to the ancient writers it was one of the Latin towns protagonists of the famous historical-legendary episode of the Rape of the Sabines. At the beginning of the sixth century. B.C. the town was conquered by Tarquinio Prisco and in 499 BC. it was included in the dominions of Rome.

From the mid-fifth century. B.C. the progressive depopulation of the center began and, with the conquest in 396 BC. of Veii by the Romans, the road connection between Etruria and Campania, fundamental for the economy of Crustumerium, was interrupted causing the decline of the city.

Excavations carried out by the Archaeological Superintendence of Rome in the 1980s brought to light about two hundred pit burials, allowing the recovery of valuable grave goods consisting of ceramics and bronzes. Over the past decades, thousands of burials have been looted by clandestine excavators, causing serious damage to the historical and archaeological heritage.

The site can only be reached by private transport across Via della Bufalotta and is only open during events.