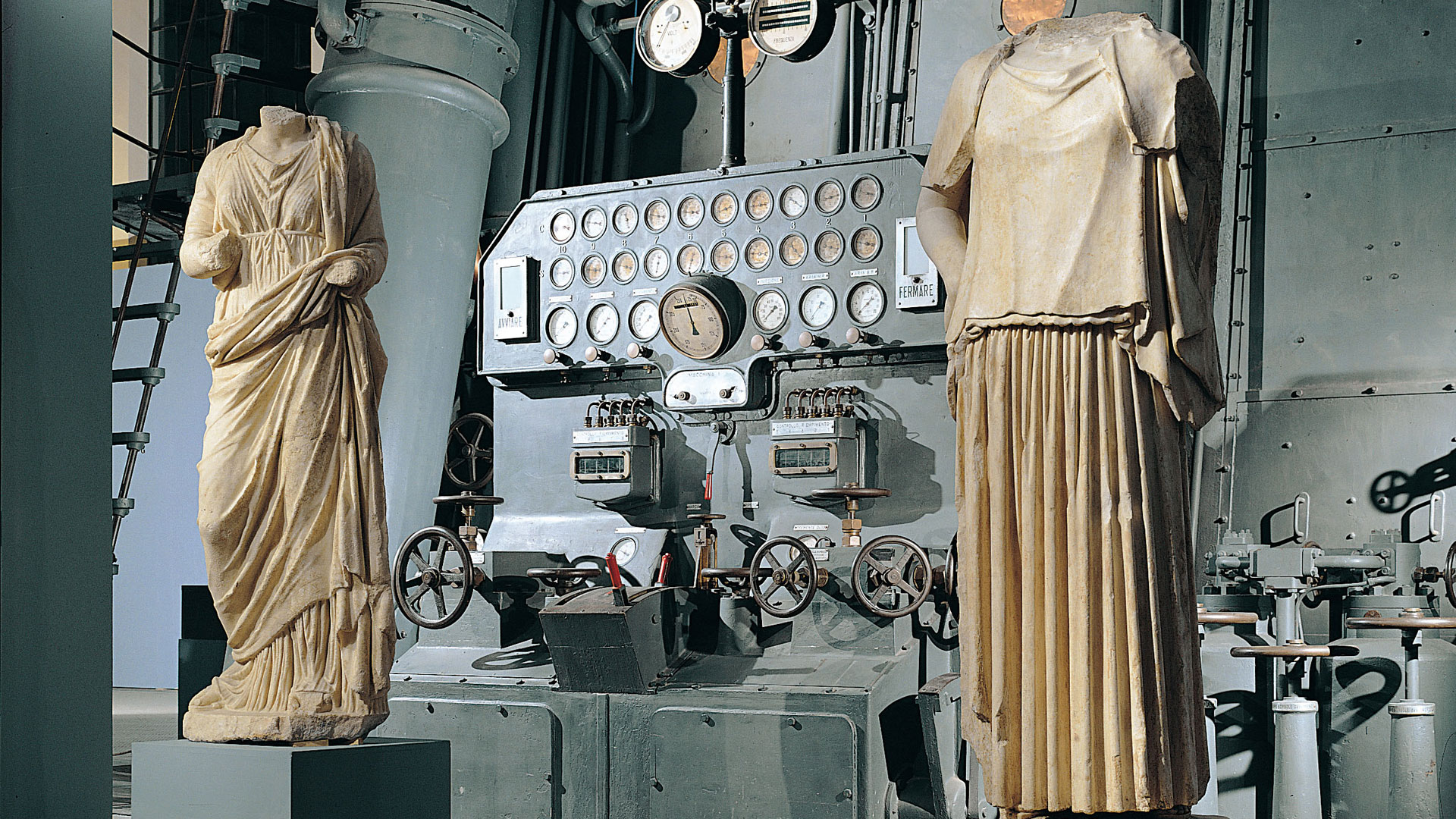 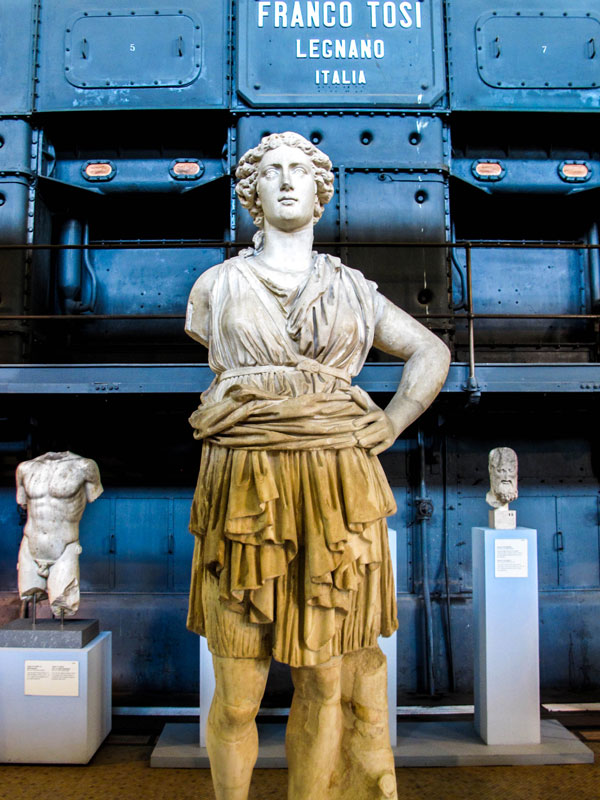 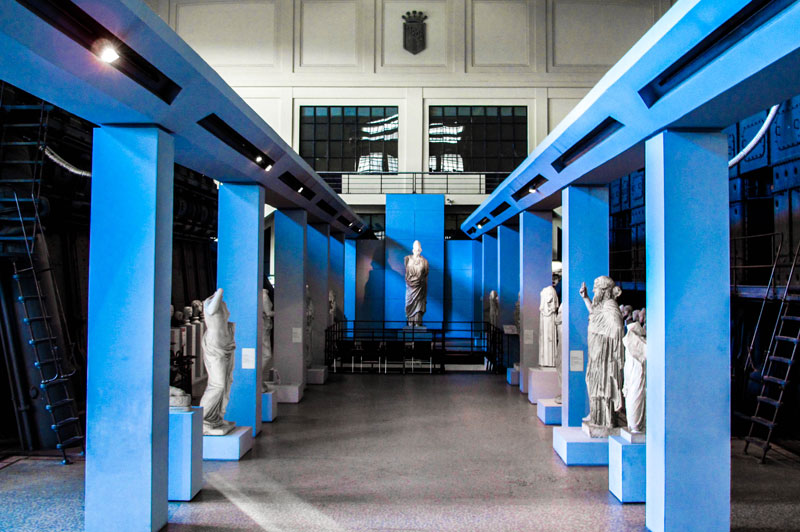 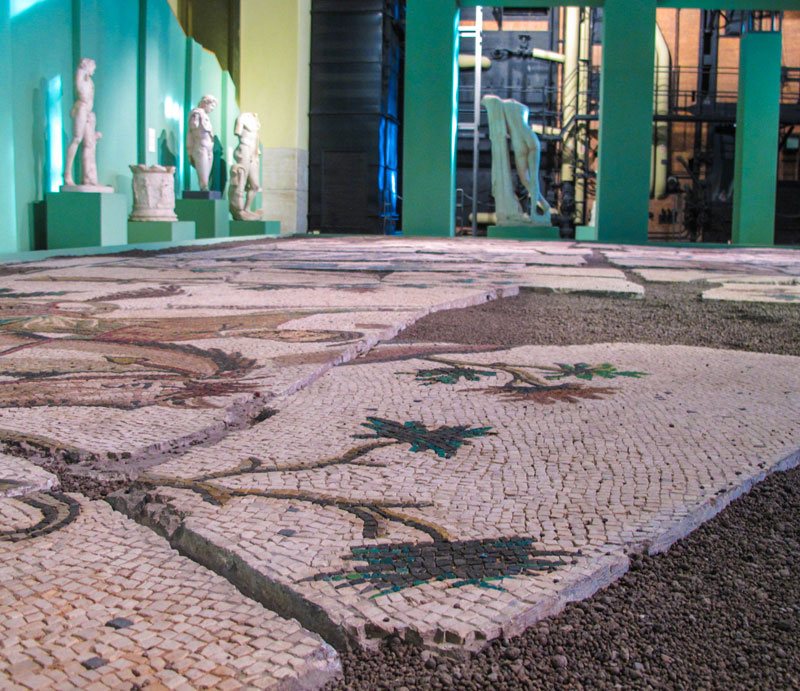 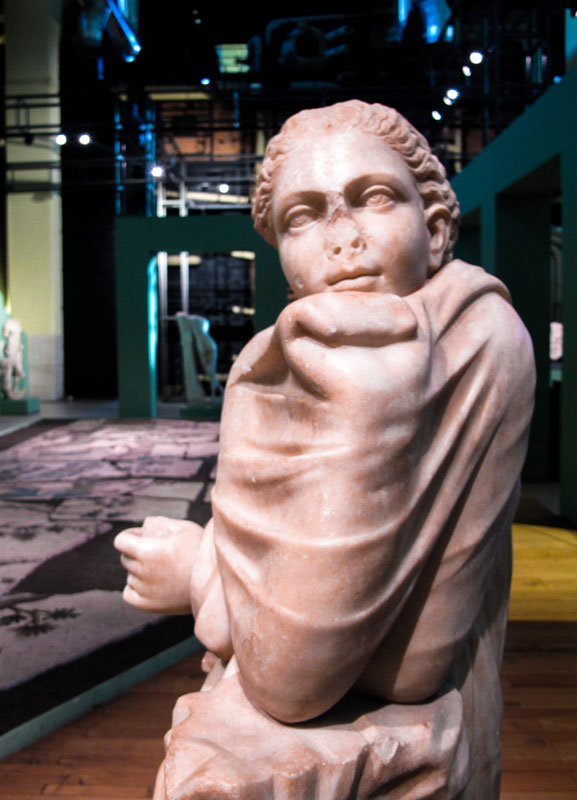 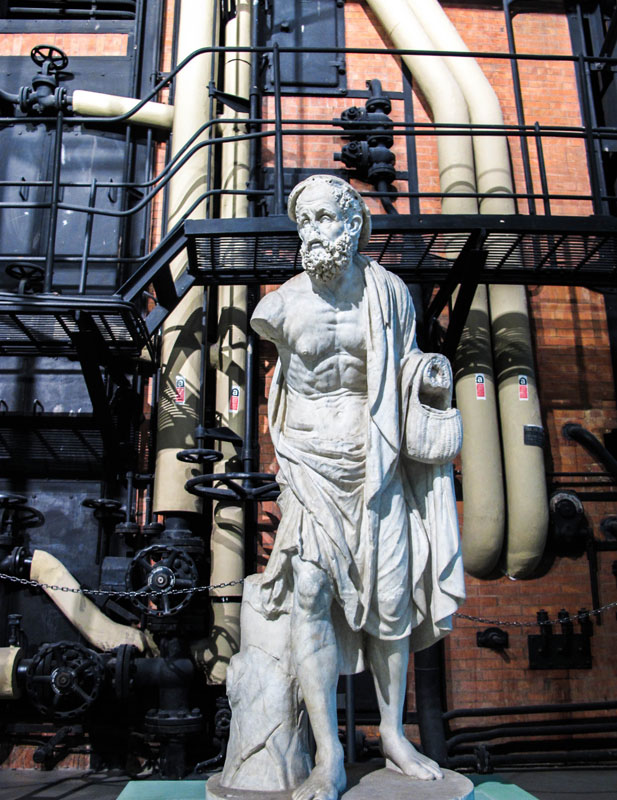 The Centrale Montemartini, situated on the Via Ostiense just in front of the ex General Market, on the left bank of the river Tiber, is an extraordinary example of industrial archaeology converted into a museum. Dedicated to Giovanni Montemartini, it was the first electrical power station; later converted into a museum of ancient Roman art, today it is the second exhibition centre of the Capitoline Museums. It contains a considerable collection of classical sculptures from the excavations carried out in Rome between the end of the 19th century and the beginning of the 20th.

The collection reconstructs the ancient monumental complexes and illustrates the development of the ancient city from the Republican era to the late Imperial age, by using significant works of art, even unknown to the general public, such as the huge mosaic of hunting scenes from Santa Bibiana. The Montemartini power plant’s outstanding space, above all the Engine Room embellished with liberty style furnishings, still keep the original turbines, diesel engines and the colossal steam boiler. The engines’ grey mass provides a stark contrast to the white marble and offers an evocative and fascinating backdrop.

Some masterpieces of ancient sculpture, such as the cycle of statues that decorated the pediment of the temple of Apollo Sosiano, the colossal acrolith depicting the Goddess Fortune, coming from Largo Argentina, and the thoughtful figure of the muse Polimnia, are enhanced in such an atmosphere that evokes on the one hand the monumental grandeur of ancient Rome, and on the other a more recent past and the memory of one of the first Roman industrial environments. 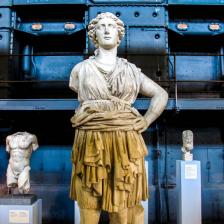 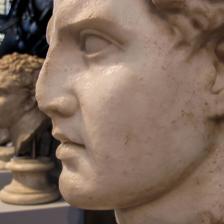 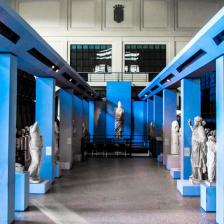 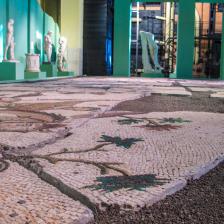 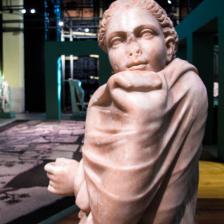 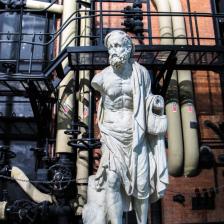