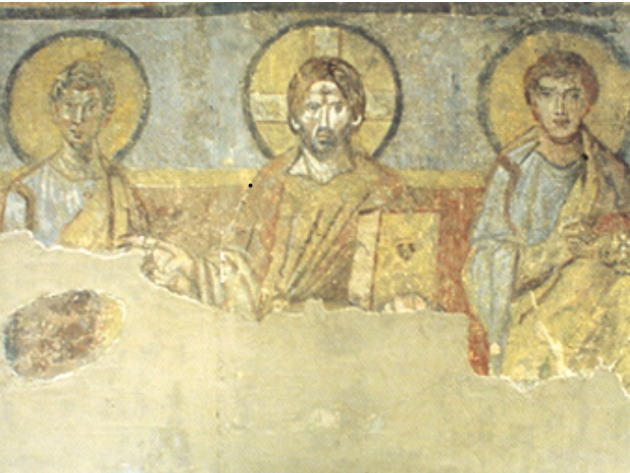 The catacomb was discovered by chance in 1868 by G.B. De Rossi. Formerly a vineyard owned by the Ceccarelli brothers, many epigraphs were found in this area. Its tunnels are narrow, rather irregular: probably the geomorphological nature of the soil has conditioned its course.

The tombs are in loculos, forming a small rural cemetery.

The martyrs Simplicio, Faustino, Beatrice and Rufiniano where buried in the catacomb and probably this is the reason of the intensive exploitation of the entire cemetery.

The only evidence of Rufiniano is the fresco with the "Coronatio Martyrum" decorating the protection wall of the tomb.

According to tradition, during the persecutions ordered by Emperor Diocletian (284-305), the two brothers Simplicio and Faustino were killed after being tortured. Their bodies were thrown into the Tiber and pushed by the current to the banks of the Magliana and were retrieved by their sister Beatrice (helped by the priests Crispo and Giovanni). She provided for their burial in a nearby pozzolana cava owned by a Roman matron named Generosa.

Later Beatrice was also killed and buried next to her brothers.