The Baths of Titus | Turismo Roma
Skip to main content

The Baths of Titus 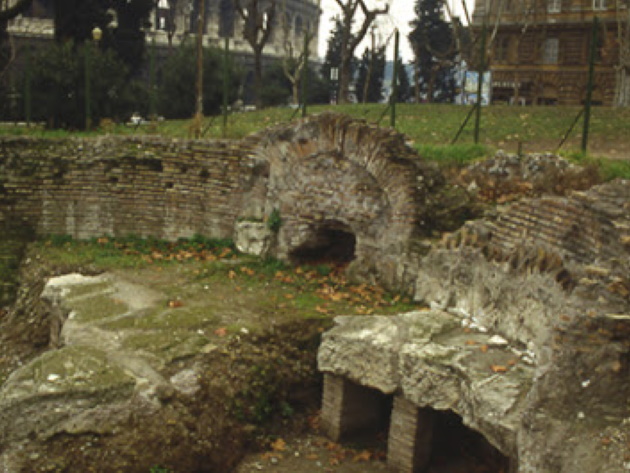 The baths built by Titus and dedicated in 80 AD are one of the oldest examples of Roman baths of “imperial” age and type. They were located on the southern slopes of the Oppio hill, northeast of the Colosseum and immediately next to the Domus Aurea, on which they were possibly partly superimposed by reusing the grandiose private baths of the Domus: the restitution to public use of urban spaces that Nero had appropriated was in fact one of the constants of the policy of the Flavian age.

The remains preserved today are rather sparse, but the complex was still clearly visible in the 16th century: it is thanks to the drawings made by Andrea Palladio that we can get a better idea of what it must have looked like. The buildings had to go along with the slope of the hill and were certainly built on several floors: an access staircase led from the Colosseum to the thermal rooms, composed of a central body, not very large, around which other rooms were arranged.

Certainly smaller than the later grand baths of Trajan, Caracalla, and Diocletian, the baths were restored and expanded in the first half of the 3rd century. It is likely that they were then prematurely abandoned and, like so many other monuments of ancient Rome, its marbles were reused in new palaces and churches, for example for the decoration of the side chapels of the Church of Jesus.

The monument is located in a free access area.