A trip to Ariccia: women, knights, weapons and porchetta 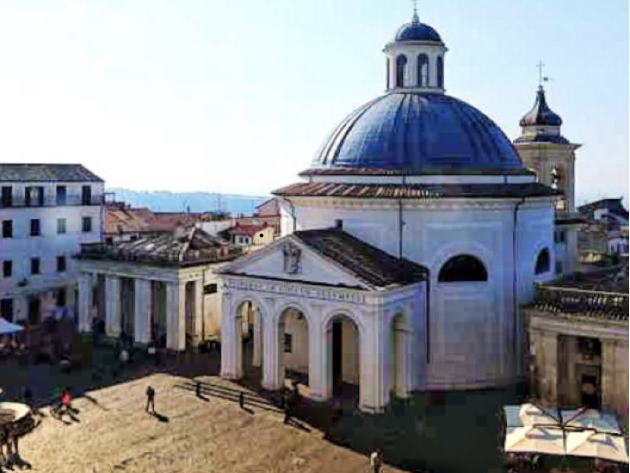 According to Roman people Ariccia is especially the equivalent of  PGI porchetta and a trip to the “Castelli”. The “Castelli” are the hills around Rome, the so-called “Colli Albani” that in the past hosted villas and palaces of the aristocracy. Sumptuous residences, practically a sort of castles that gave their name to the town and to the regional park that frames it.

One of these residences is Palazzo Chigi di Ariccia, named after the Sienese family that gave the church popes and cardinals. Speaking of Palazzo Chigi immediately reminds of the Roman one that houses the Prime Minister, which until 1917 was Chigis' main residence. The palace of Ariccia, owned by the Savellis until the seventeenth century, was chosen for its proximity to Castel Gandolfo as the papal summer residence. When the Chigi family decided to sell the palace in Rome to the state, they moved permanently to Ariccia, bringing with them some of the furnishings they were most fond of from Rome.

This would be enough to visit the palace, but there is much more. Palazzo Chigi is a rare example of a Baroque residence that has remained unchanged over the centuries even in its furnishings. And he bears the signature of one of the main interpreters of Baroque art: it was in fact Gian Lorenzo Bernini who worked on the renovation of the building and designed the monumental square in front of the Church of Santa Maria dell’Assunta

The first thing that strikes when arriving in front of the building is the color of the facade: an original air-like color, a mix of gray-blue that has the effect of dematerializing the building and giving it a sort of abstract dimension. A choice that was later used a lot throughout the seventeenth century.

Entering inside and visiting the main floor in particular, we immerse ourselves in the atmosphere of the Roman aristocracy. Among the jewels of this building there is the Summer Dining Room with walls decorated with an illusionistic background that opens the view towards Rome and Genzano projecting the visitor into what was the surrounding landscape. The Cabinet of Portraits, a gallery of the Chigi family from the fifteenth century to today, and the “Stanza delle Belle” are very interesting too: portraits of Roman noblewomen of the seventeenth century that show what was the women's fashion of the time, from clothing to hairstyles. Not only paintings and furnishings, but also seventeenth-century sculptures by Bernini artists, including a masterpiece of portraiture, the terracotta bust of Alexander VII by Melchiorre Cafá.

In addition to hosting the only Italian museum entirely dedicated to the Baroque, which offers a complete panorama of Roman painting between the seventeenth and nineteenth centuries, Palazzo Chigi di Ariccia is also known for having often been a film location: it was here for example that Luchino Visconti wanted to set a large part of his film “Il Gattopardo”.

The visit to the palace is completed by a tour in the park, created as a hunting area. It is a mixed forest of 28 hectares, where in addition to holm oaks, oaks, maples and hornbeams there are also some specimens of Californian sequoiass, introduced in the mid-nineteenth century, and a series of archaeological findings from the Roman Ariccia.

After an inevitable period of closure during the health emergency due to COVID 19, the building has now reopened to the public by adopting the safety rules to contain the risk of contagion, from the use of the mask to the interpersonal distance of one meter. Inside the rooms, which are supervised but can be visited freely, dispensers with hand sanitising gel are available to visitors. The large size of the building helps to avoid crowds and for this there is no obligation to book, required only for groups.

Ariccia is also home to another historic residence. It is the Villino Volterra, built in the early twentieth century by the architect Giulio Magni for the famous mathematician Vito Volterra. Especially worth visiting is the garden, which actually hides many different gardens connected to each other. Unfortunately, given the ongoing health emergency, visits are currently still suspended.

You cannot go to Ariccia without stopping to eat a sandwich with porchetta, a gastronomic product of excellence in the area. The tradition of porchetta in Ariccia dates back to the times of the Latins and the ancient Romans, it seems that even the Emperor Nero served it to his guests. The modern tradition of porchetta di Ariccia, today a PGI product, sees it linked to Prince Agostino Chigi and the hunting trips that took place in the park of the Villa. 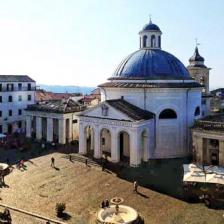 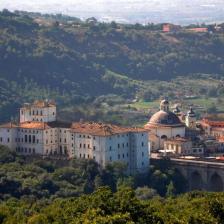 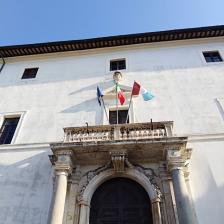 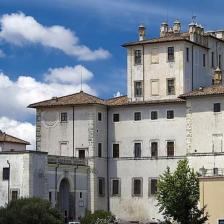 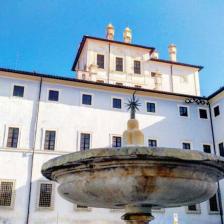 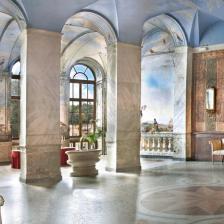 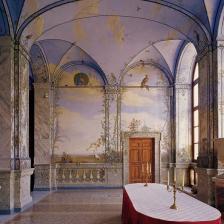 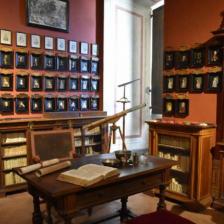 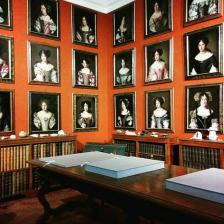 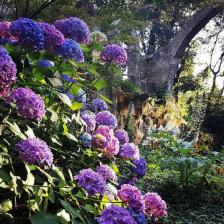 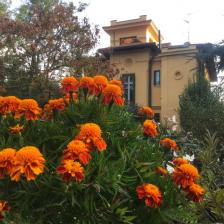