Roman baths, temples and taverns: a day in ancient Ostia Unlike Rome, which has continued to live on itself for centuries and centuries, Ostia Antica was abandoned around the fifth century AD. This has ensured that it was preserved with its buildings, streets, private houses and works of art. Visiting Ostia Antica today allows you to fully immerse yourself in the atmosphere of 2,000 years ago.

Like an ancient Roman
Imagine visiting a city of art: you walk its streets looking for the most important monuments, which are usually public buildings, mainly religious; maybe you are interested in live shows, so you will find out about theaters; or you are attracted by bath paths, and then you will plan a visit to the baths; finally, you will be hungry and then it will be well-timed to find a place where you can have lunch.

That's all you can find in Ostia Antica. Or rather, you could: the religious buildings were large temples covered in marble: the largest of all, the Capitolium, dedicated to Jupiter, Juno and Minerva, was located right in the center of the city, in the Piazza del Foro. The theatre appears right in front of you as you walk along the main street, the maximum decumanus: a building that could accommodate up to 4,000 spectators. And you will find as many baths as you want, one more luxurious than the other, with truly prestigious mosaic floors: the Baths of Neptune, for example, on whose floors the god Neptune is depicted driving 4 sea horses, or the Baths of Porta Marina, on whose floors various athletes are depicted training in their own sport.

At lunchtime, you cannot miss a break in a thermopoly: it would be the Roman age inn, complete with a marble counter and dishes on the menu frescoed on the walls. The Thermopoly in via della Casa di Diana, very close to the Forum and therefore in a very central position, is the best known and best preserved. And if you simply want fresh bread, the large bakery in via dei molini, called Molino del Silvano, in Roman times could have satisfied your desire: a large plant, in which there are still the lava millstones that reduced the grain to flour and kneading machines, as well as a large oven for baking large quantities of bread.

Even some private homes are truly remarkable: among all, the domus of Cupid and Psyche will enchant you with its marble inlaid floors and that adorable sculpture that portrays the very young Cupid and Psyche kissing. Finally, if you are interested in monumental cemeteries, the necropolis of via Ostiense, which you meet just as soon as you arrive in Ostia Antica, is for you. Like all necropolises of Roman cities, it is located just outside the city, along the road from Rome to Ostia, the Via Ostiense, precisely.

Organize the visit
Ostia Antica can be easily reached with the Rome-Lido train line, Ostia Antica stop. This was indeed one of the first stops on this railway line established in 1924 to connect Rome with the Lido, Ostia precisely, which in those years was developing as a seaside resort in the capital.
From the station to the archaeological area it is a straight line walk (not suitable for those with walking difficulties: at the station exit you have to go up and down a small but steep pedestrian overpass). Alternatively, Ostia Antica can be reached by car: the entrance is on 717, Viale dei Romagnoli, and inside there is a car park just before the ticket office. The visit is free; you can decide to take the audio guide or download it to your smartphone with a code. The audio guide includes 3 types of routes depending on the duration (the longest is 7 hours!). Anyway, in the area there are many explanatory panels in Italian and English that illustrate the individual monuments. On the website of the Archaeological Park of Ostia Antica, you will find all the information relating to timetables and fares; in addition, at the ticket office turnstiles you will find (you can ask the security staff) a brochure indicating the paths and off-limits areas: they are very few compared to the 84 hectares of archaeological area, but it is good to be informed from the beginning. The Ostiense Museum, for example, is closed. Inside the area there is a cafeteria, but it's open only until 2pm; along the tour there are fountains to quench the thirst and to fill the water bottles. In summer the advice is to wear a hat and have a sunscreen, as well as comfortable shoes, because the walk is long! 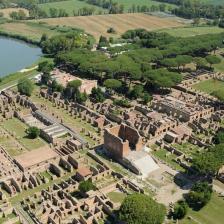 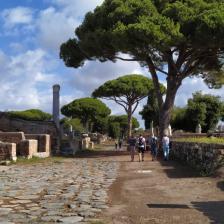 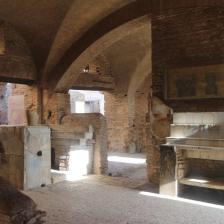 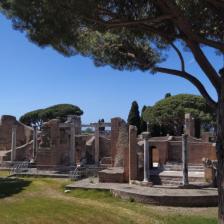 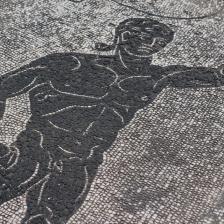 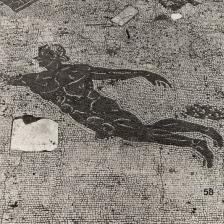 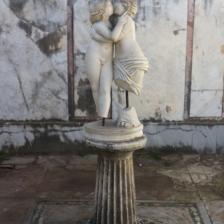 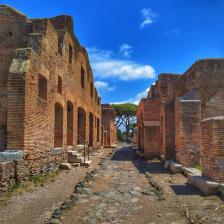