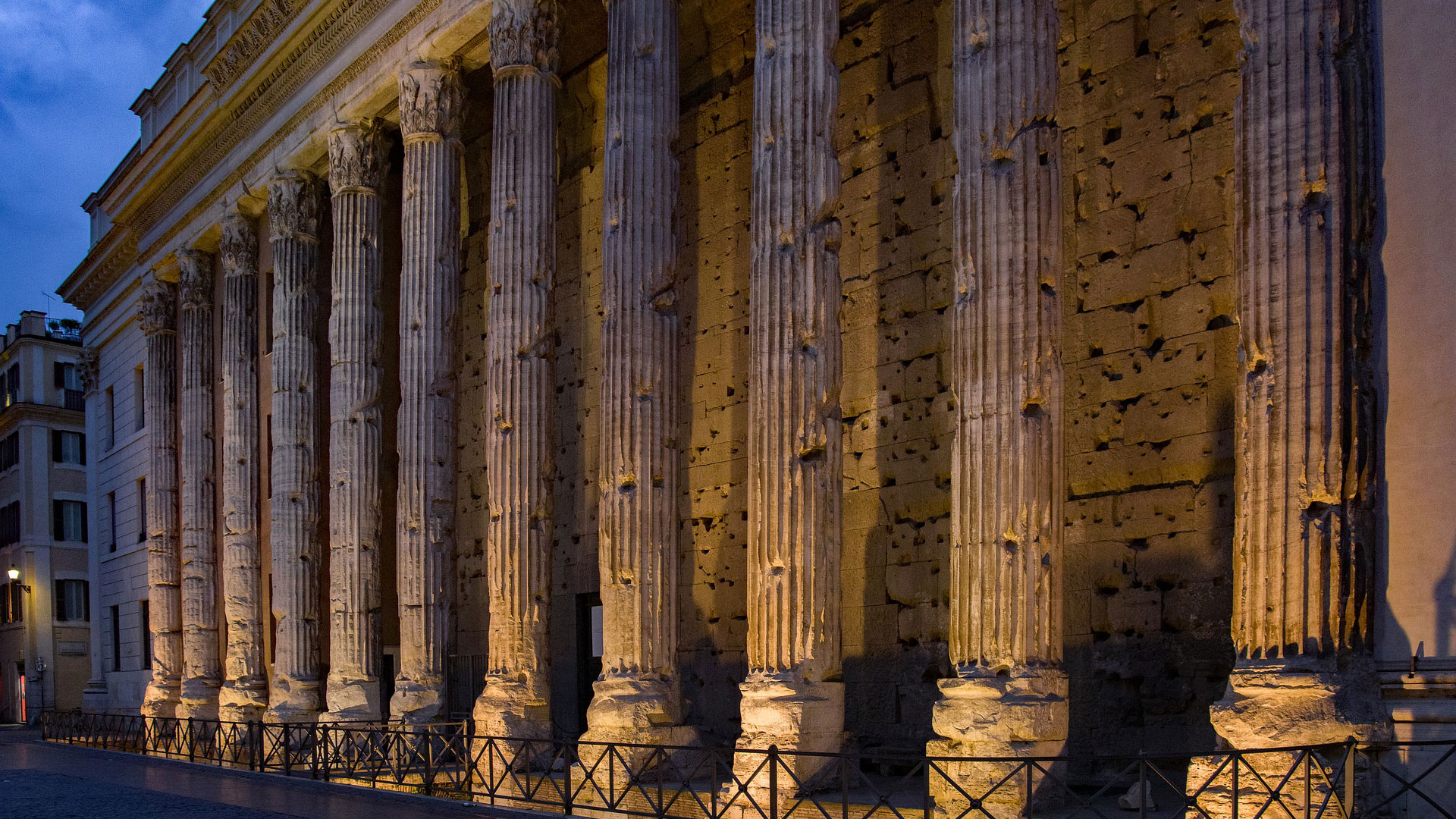 The square owes its name to the presence of the remains of the ancient Hadrianeum, a large temple dedicated to the emperor Hadrian by his son and successor Antonino Pio. The building, which opened towards the present Via del Corso, was built in 145 AD in the centre of the arcaded square. Of the ancient structure of the temple, 11 of the original 15 columns of the northern side remain.

The street level, on which the Temple podium rested, is also original, a few meters lower than the current one, as original is a part of the frame surmounting the columns.

In 1879, the surviving structures were incorporated into palazzo della Borsa (the stock exchange building) and the Chamber of Commerce, by Virginio Vespignani, giving rise to one of the most significant examples of historical reuse. At number 36 in the square, a model of the temple is a must to see.

The splendid Palazzo Ferrini-Cini, designed by Onorio Longhi at the beginning of the 17th century, also overlooks the square. The elegant loggia bears the name of the Ferrini family, the first owners of the building, while on the portal is the inscription IOSEPH CINI, the Count Giuseppe Cini, who owned the building in the 19th century.

Today, Piazza di Pietra is an outdoor lounge, a lively meeting place, made even more suggestive by Luci su Adriano, the play of lights, sounds, and images that illuminates the colonnade of the Temple of Hadrian at nightfall for twelve minutes of intense emotions.

Through the use of six synchronized projectors, the fascinating multi-projection reconstructs the birth, destruction, dispossession, and reuse of the temple until it becomes the seat of the Chamber of Commerce. 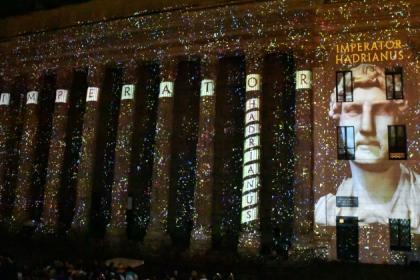 Light show on the Temple of Hadrian
Events