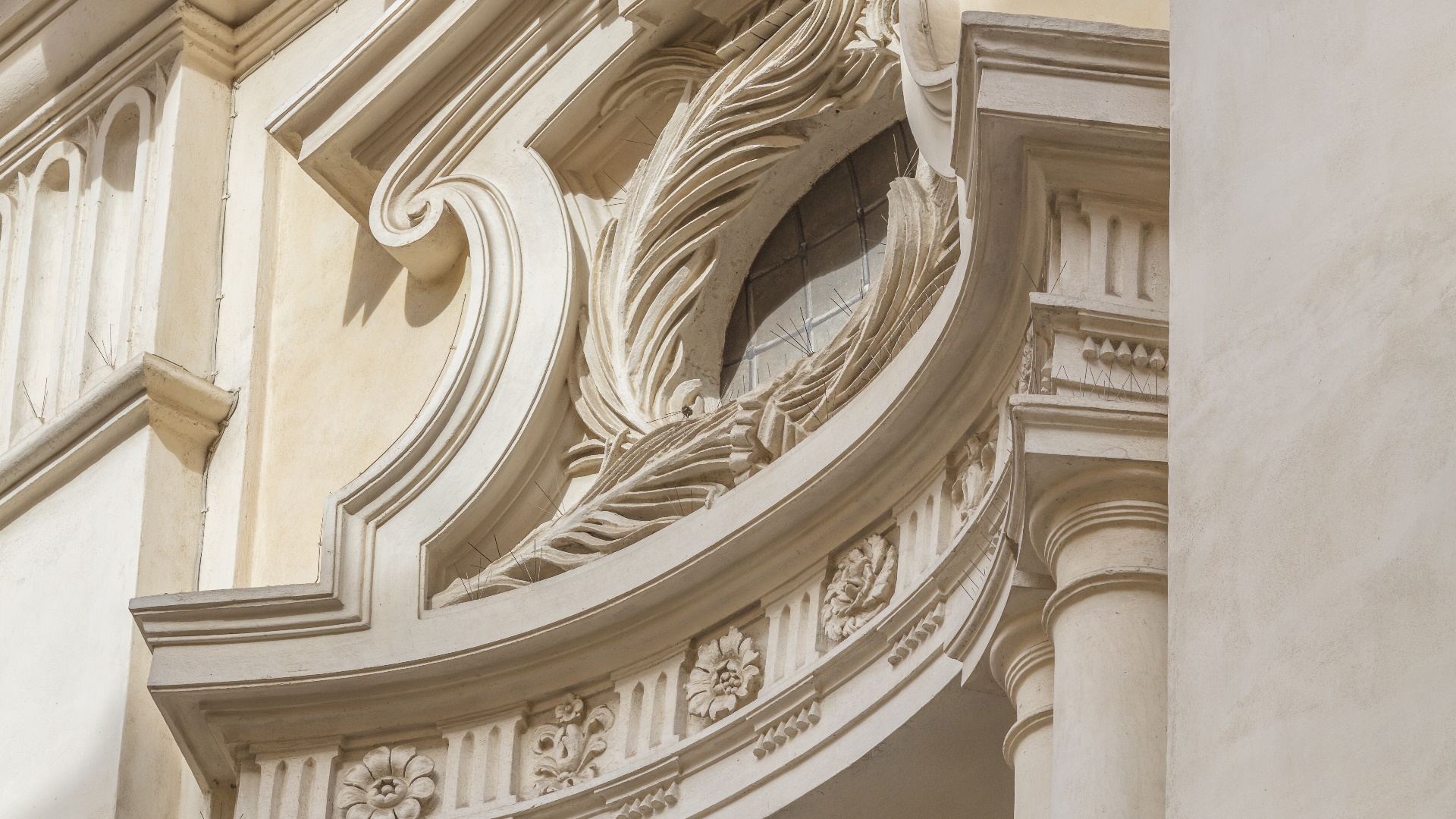 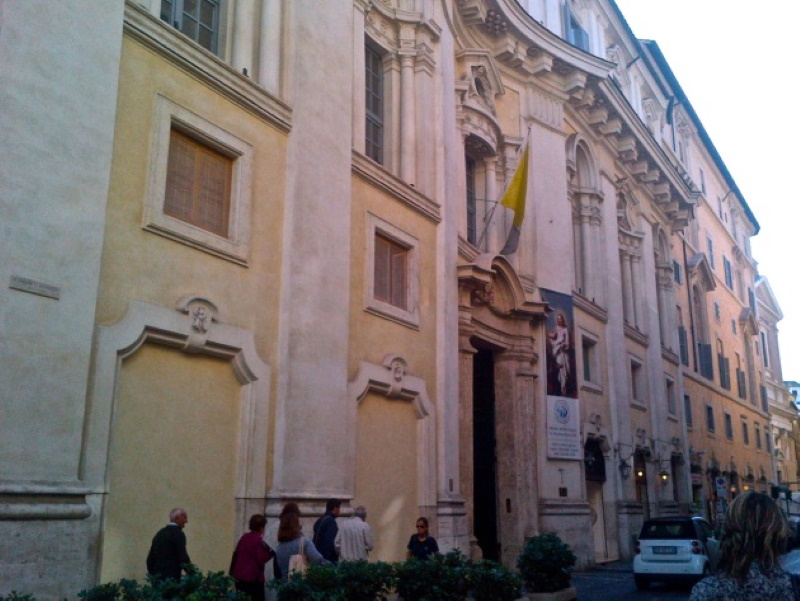 Between 1642 and 1644, Bernini, for his patron Urban VIII, designed and constructed the façade of the palazzo looking over the square. The outcome takes the form of two floors austerely designed, and conveying a sense of order, with five windows with architrave on the first floor and four with simple frames on the second floor. The large ashlar-work portal (surmounted by a triangular tympanum) and two pairs of windows with architrave complete the work.

In the street, via di Propaganda, the façade that Borromini completed in 1662 is a masterpiece of Baroque architecture. It is animated and “parsed” or articulated by large pilasters, and features two floors with seven embellished windows and a mezzanine floor. The ground floor features a large portal, tall pillars, shell or conch cartouche motifs, and swags.

In 1666, in the interior, Borromini constructed the “Oratorio dei Re Magi” or chapel of the Magi kings, after demolishing the small elliptical church that had been constructed by Bernini. The “Oratorio” creates a space in which the mass of the masonry appears to be of secondary importance. It is dominated by the shafts of light that pour in from the large windows − this being one of the key themes of Borromini’s architecture.

Closed to public for maintenance work. 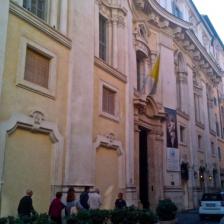