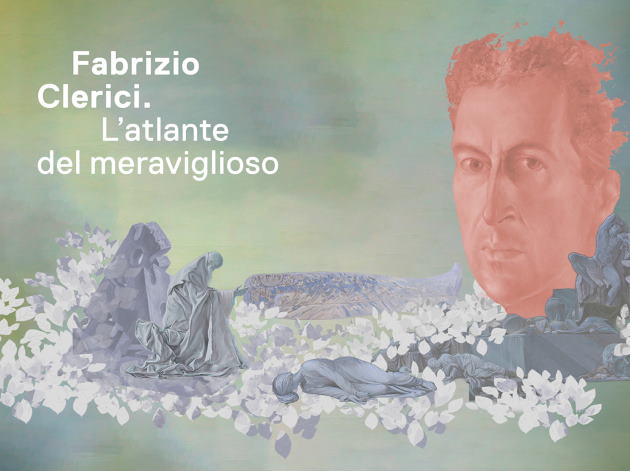 At the Galleria Nazionale, a valuable historical fund acquired by the gallery in 2021 and a large body of works on display tell the story and imagination of an enigmatic artist, a great protagonist of 20th-century Italian art whose work has been exhibited at MoMa, the Guggenheim Museum in New York, the Centre Pompidou in Paris, the Pushkin Museum in Moscow, the Vatican Museums, and in prestigious private and public collections.

An extremely cultured artist with an encyclopedic curiosity, a refined painter, set designer and illustrator with an incomparable capacity for invention, Fabrizio Clerici has given life with his boundless imagination to dreamlike and fascinating universes, springing from a vast cultural repertoire, ranging from classical antiquity to mythology, but also from the movements of his unconscious, from the restlessness that belonged to his soul but also to the humanity of the twentieth century.

His training as an architect and his youthful meeting with Alberto Savinio are fundamental elements of his artistic path, oriented toward surrealism but with a metaphysical inspiration. More than a hundred works, including paintings, engravings and works on paper, are flanked in the exhibition by documents, photographs, letters, articles, design objects, theatrical sketches, artist’s books and first editions, which broaden the knowledge of Clerici’s production as a set designer, illustrator, designer and architect.

Alongside masterpieces such as 1955’s Sonno romano, 1954’s Le Confessioni palermitane, and 1956-1957’s Minerva phlegraea, visitors will admire works by precursor artists, such as Alberto Martini, Giorgio de Chirico, and Alberto Savinio; related artists active between the mid-1920s and the late 1950s, including Max Ernst, Leonora Carrington, and Salvador Dalí; and younger artists who were inspired by him.