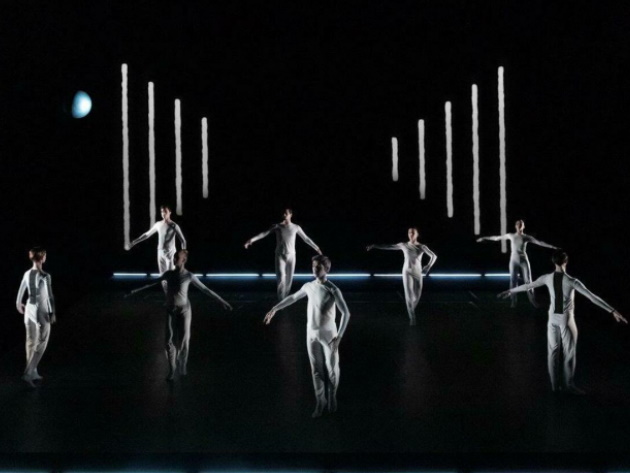 The two American performers meet on the stage of the Auditorium's Sala Petrassi to give life to the world premiere of Relative Calm, a hypnotic machine of movements, sounds, images, and lights in a mathematical harmony of space and time.

For more than half a century, Robert Wilson has amazed his audience with his overflowing creativity, crossing and contaminating all the languages of contemporaneity, and 40 years after the epochal Einstein on the beach, he returns to collaborate with the legendary choreographer Lucinda Childs.

Relative Calm: a work in three parts is a work that brings together two iconic compositions by Lucinda Childs that Wilson stages with a newly composed set, lighting, and video projections and an entirely new creation that contrasts them with a work of classical music, to the tune of John Adams, John Gibson, and Igor Stravinsky.

The two artists work with 12 dancers selected by Lucinda Childs herself.

The show is produced by Fondazione Musica per Roma together with Teatro Comunale di Bologna and Théatre Garonne\scène européenne of Toulouse with the special support of LAC Lugano Arte e Cultura and Le Parvis \ scène nationale Tarbes Pyrénées.

The project and the conception are by Change Performing Arts.