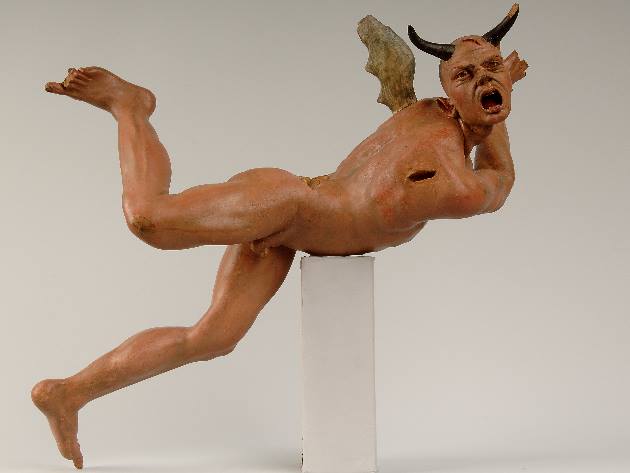 Dante's infernal universe is the theme of the powerful, ambitious and spectacular exhibition hosted at the Scuderie del Quirinale for the seven hundred years since the death of the Great Poet.

Curated by the art historian Jean Clair, the exhibition is the first major artistic event dedicated to this theme. It represents a journey into terrifying places and agonizing visions of Hell, in the interpretation of great artists of all times, accompanied by Alighieri's creative and visionary words.

The exhibition narration explores unexpected territories through the power of imagery and the depth of ideas, recounting the persistence of Hell-related iconography over the centuries, from the Middle Ages to the present. The path unwinds from the schematic medieval scenes to the sublime Renaissance and Baroque inventions, as well as those tormented romantic visions and the ruthless psychoanalytic interpretations of the 20th century.

Scenes of fallen rebel angels, the Last Judgment, Charon and the underworld residents, the poet and Virgil follow one another. From temptations to sin, not only imaginary but also a representation of the various transpositions of Evil experience: madness, alienation, war and slaughter, in an entire section dedicated to Hell on earth. Then, it's time for a look towards the sky: the exhibition path ends, finding the evocation of the idea of salvation, as in the last canto of the Inferno: "...And so we went out to see the stars again".

Thanks to the extraordinary support of the Vatican Apostolic Library, the most famous and emblematic masterpiece of this iconography is on loan, the Abyss of Hell by Sandro Botticelli.
Opening the extraordinary exhibition is the 1:1 scale plaster cast model of the monumental Gates of Hell by Auguste Rodin, 7 meters high, directly from the Musée Rodin in Paris, always considered an unsurpassed climax of the artistic reflections on Dante's poem.