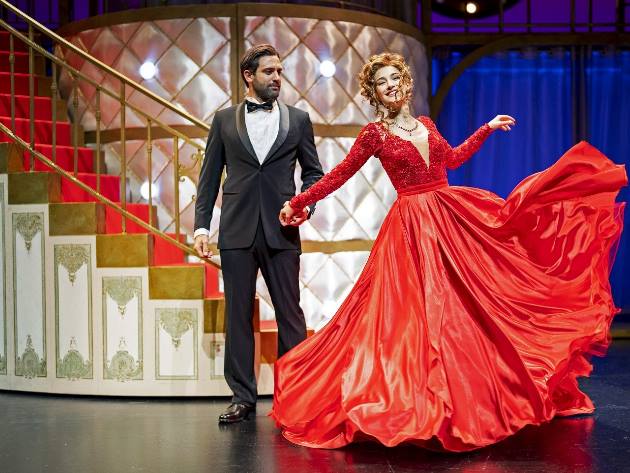 The theatrical version of the iconic 1990 romantic film starring Julia Roberts and Richard Gere arrives on the stage of the Teatro Olimpico.

The musical, written by Garry Marshall and Jonathan F. Lawton, respectively movie's original director and screenwriter, retraces the love story of Vivian Ward, a young prostitute, and Edward Lewis, a charming and wealthy businessman. After spending a night together, the man proposes to the girl to stay with him for a whole week in exchange for a substantial sum of money and shopping in luxury stores. Being together will profoundly change them and lead them to fall in love despite social differences, prejudices and conventions.

On stage, Beatrice Baldaccini as Vivian and Thomas Santu as Edward, accompanied by an extraordinary cast directed by Carline Brouwer. The original soundtrack is the main protagonist, including the unforgettable Oh, Pretty Woman by Roy Orbison and the pop and romantic 80s songs by Bryan Adams and Jim Vallance, performed by a band of six musicians.