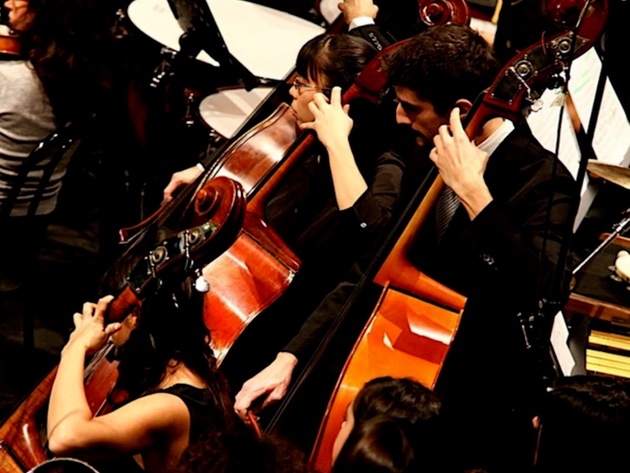 After the forced interruption due to the pandemic, the concerts of Roma Sinfonietta finally return to the Auditorium Ennio Morricone of the Tor Vergata University. This season promises to be particularly rich and varied, with a program of twenty-one concerts from October to May.

The concerts range from symphonic and chamber music - which remains the backbone of the season - to band and popular music from different countries of the world, from music for the cinema, to contemporary musical theater and jazz. This year two great composers of the years between the nineteenth and twentieth centuries inaugurate the season: Mahler, with Symphony No.4 and Schoenberg, performed by the Roma Sinfonietta Orchestra with Fabio Maestri on the podium. Then we remember two extraordinary soloists such as Vincenzo Bolognese (violin) and Luca Pincini (cello) engaged first in three pieces by Vivaldi and then in three by Bacalov.

The Roma Sinfonietta Orchestra is also directed by Franco Piersanti with music composed by himself for the films of Moretti, Amelio, Luchetti and for the Montalbano television series and a piece dedicated to Ennio Morricone on the occasion of his nineties. We also find it in contemporary musical theater, in particular in Lucio Gregoretti's L'ultimo avventore (The last customer) and in Dimenticanza al Ministero delle Colonie (To forget something at the Ministry of Colonies) by Marco Betta, two single acts based on texts by the great musicologist Bruno Cagli, to whose memory it is dedicated this evening. On this occasion Lavinia Bini and Bruno Taddia sing while the orchestra is conducted by maestro Francesco Lanzillotta, guest of the most important Italian and foreign theaters.

Other orchestral groups also take the stage: the Roma Opera Ensemble for example, formed by elements of the Roman Opera Foundation, plays an opera program (Rossini, Mozart, Bizet, Verdi) with mezzo-soprano Sara Rocchi and baritone Simone Alberti. While the Italian Popular Orchestra conducted by Ambrogio Sparagna dedicates an evening to the taranta. Finally, the Band of the Italian Army, composed of wind instruments only, directed by Major Filippo Cangiamila, plays music by Rodrigo, Gulda and Bernstein.