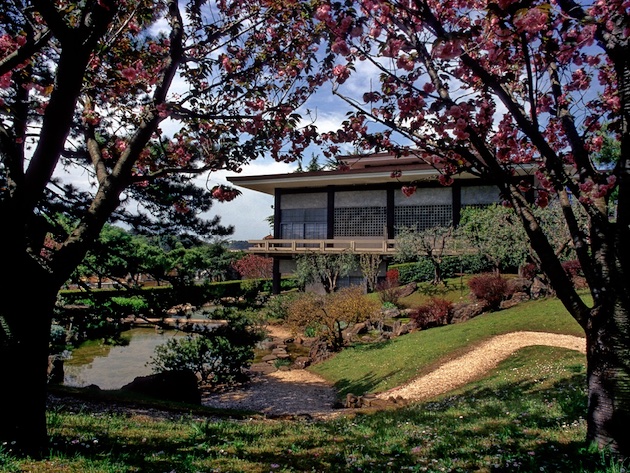 The Japanese Cultural Institute is located in Valle Giulia, near the National Gallery of Modern Art, close to many other foreign academies.

Inaugurated in 1962 to promote Japanese culture in Italy, it depends on The Japan Foundation in Tokyo. The building, designed by the architect Yoshida Isoya, was built by reinterpreting the Heian style in a modern key (9th-12th century AD): alongside the reinforced concrete, wooden surfaces abound and is embellished with a traditional Japanese garden, with pond, waterfall and bridge.

The main function of the Institute is to spread Japanese culture in Italy through various events such as exhibitions, conferences, concerts, film screenings, theatrical performances, collaborations with Italian bodies and institutions, Japanese language courses, library with related services.

The library contains over 32,000 volumes, more than one hundred active magazines, a collection of about 2,500 microfilms, a collection of traditional and modern Japanese music for language learning. This is the most complete collection in Italy of material on the culture of the Rising Sun, both in Japanese and in European languages, mainly English.

For the opening times and guidelines please check the > official website.