May Day broad beans and pecorino 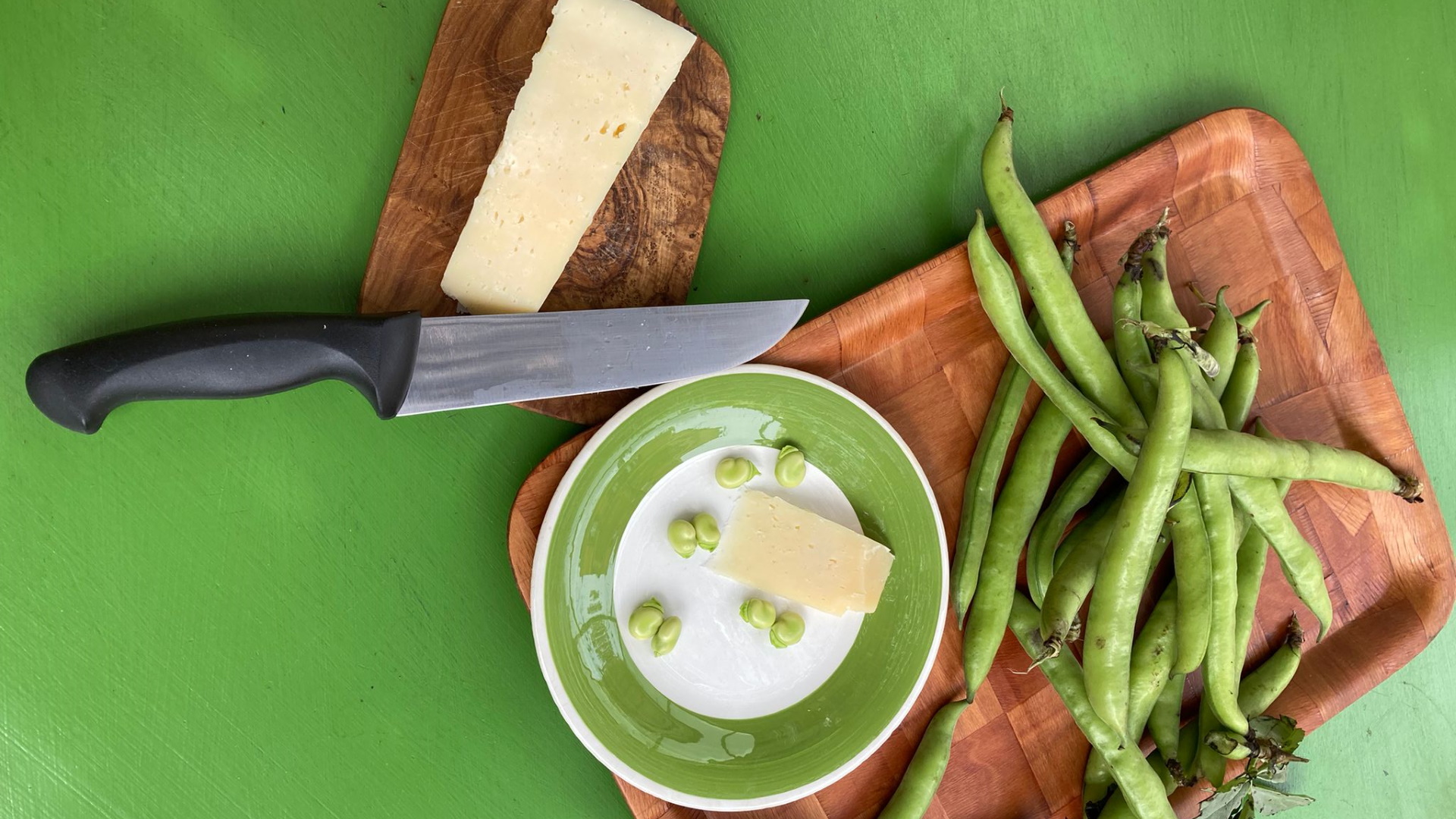 In the Roman tradition, May Day, also called Maggetto, is totally associated with fresh broad beans and pecorino, a tasty, nutritious, and powerful combination.

Strictly Romanesque, tender, fresh, and bright green, broad beans are typical of the territory and fundamental ingredients in many preparations of Roman cuisine such as Vignarola and Roman Broad beans with pig jowls. They are linked to the ancient practice of commemoration of the dead and are recalled in their name by the sweet beans or fave dei Morti, almond-based biscuits typical of early November celebrations.

Pecorino Romano DOP, with its slightly spicy aromatic taste, is produced with fresh full-cream sheep milk. Its origins date back to over two thousand years ago: the ancient Romans appreciated its strong flavor; the legionaries consumed it together with the farro soup for the substantial protein intake and the energy charge it provided them.

Tasting these two specialties is simple: just shell the beans on a plate and cut the pecorino into chunks or flakes, accompanying everything with a good wine from the Castelli Romani.

If you spend your day out of town, to the sea or to the lake, if you go on a picnic in a large park surrounded by greenery, or at home, with your table all set, a meal enriched by these two delicacies is essential for spending a pleasant time at the sign of the first spring sun.