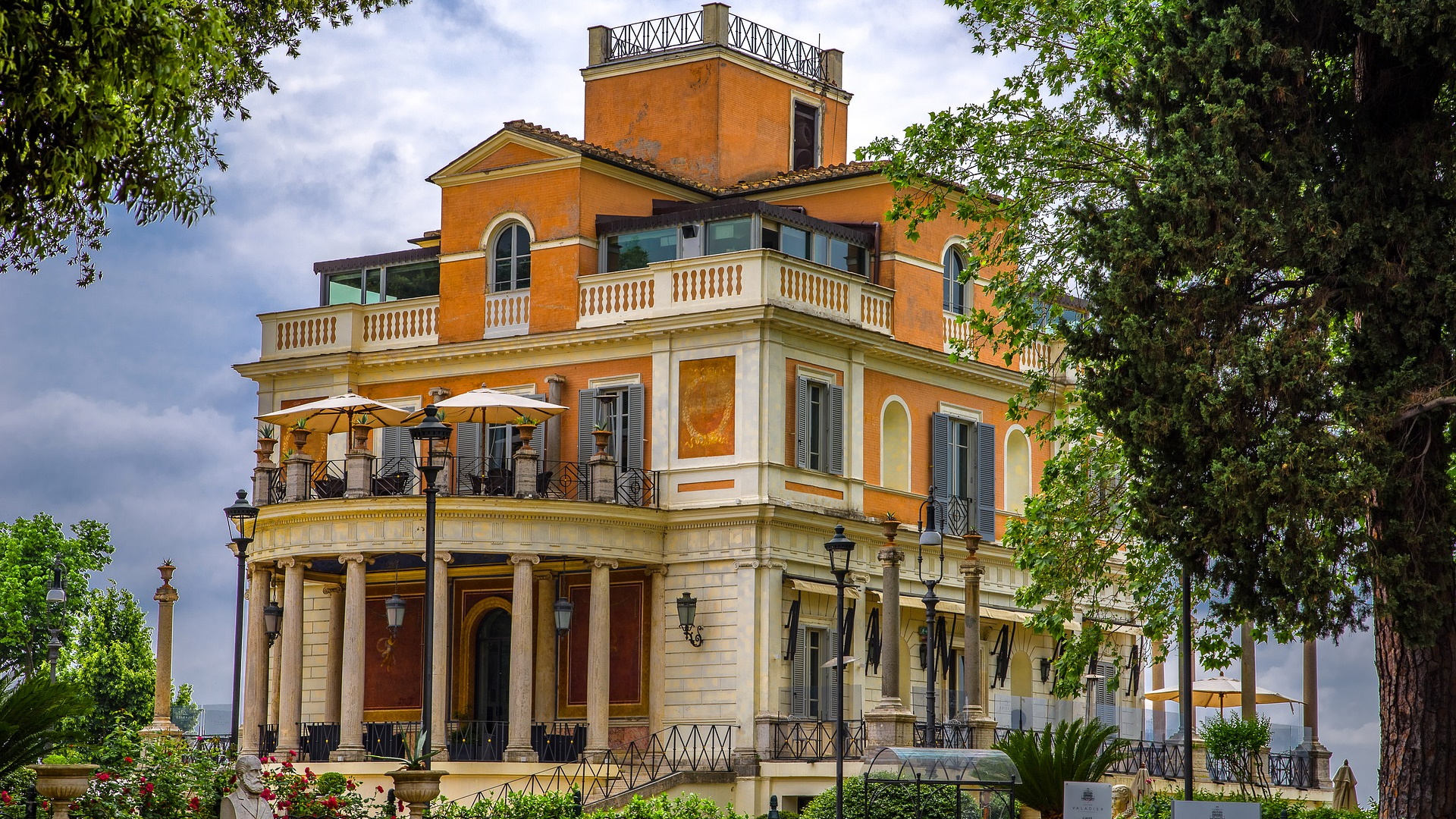 The Casina Valadier is located on the highest and most panoramic point of the Pincio, the ancient Collis Hortulorum, where numerous prestigious families of ancient Rome owned villas and gardens. It was built between 1816 and 1837 on a project by Giuseppe Valadier, Roman architect and urban planner, also the author of the rearrangement of Piazza del Popolo and the Passeggiata del Pincio.

It was built in neoclassical style in a cubic body, to which an exedra with an Ionic colonnade was set against, reworking the previous Casino of Cardinal Della Rota, a 17th-century building, built on an ancient Roman cistern.
The interior features rooms richly decorated in Pompeian style and sumptuous frescoes recently restored to their original splendour. From the beginning, the building was a meeting place in the manner of the French bistros, with alternating fortune. At the time of Pius IX, it was closed and used as a garden warehouse; the cruciform attic was turned into a military billet.

It was especially after the First World War that the Casina became one of the most famous cafés among the intellectuals, artists and celebrities of the time. During the Second World War, the building was first used by the German military, and then by the British army as a club for officers. After the Second World War, Casina Valadier yet experienced another period of intense frequentations and celebrity.

In the early 2000s, after a short period of closure, Casina Valadier was completely restored and returned to the public in all its irresistible charm and eternal style.