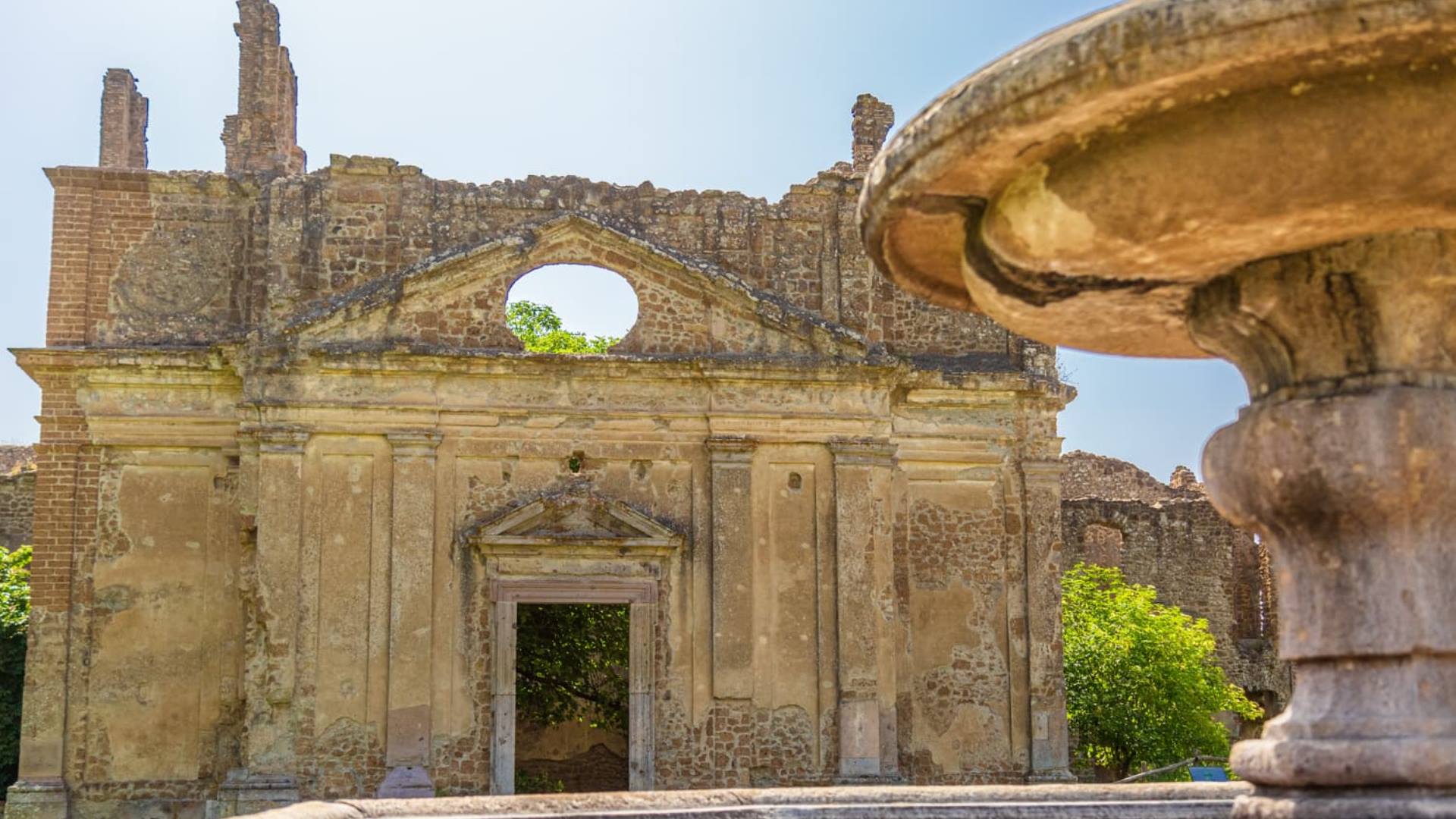 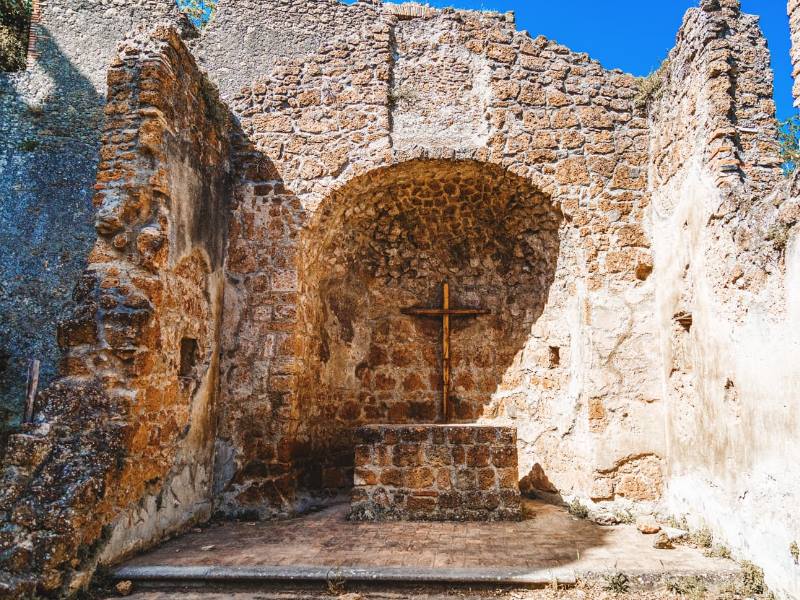 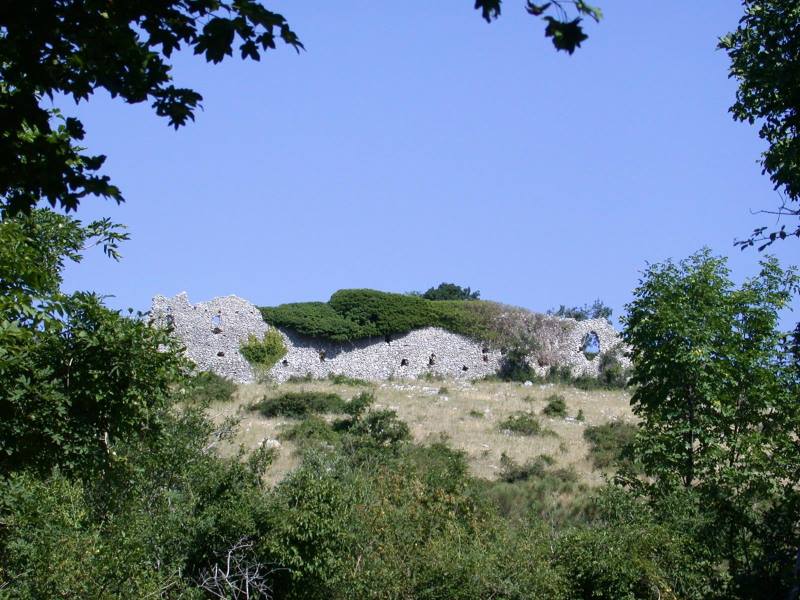 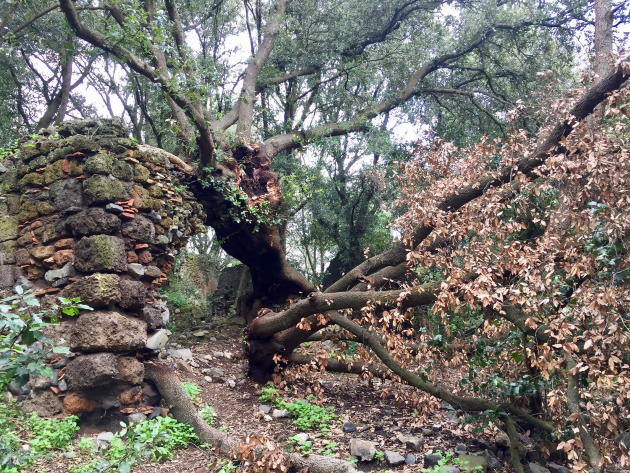 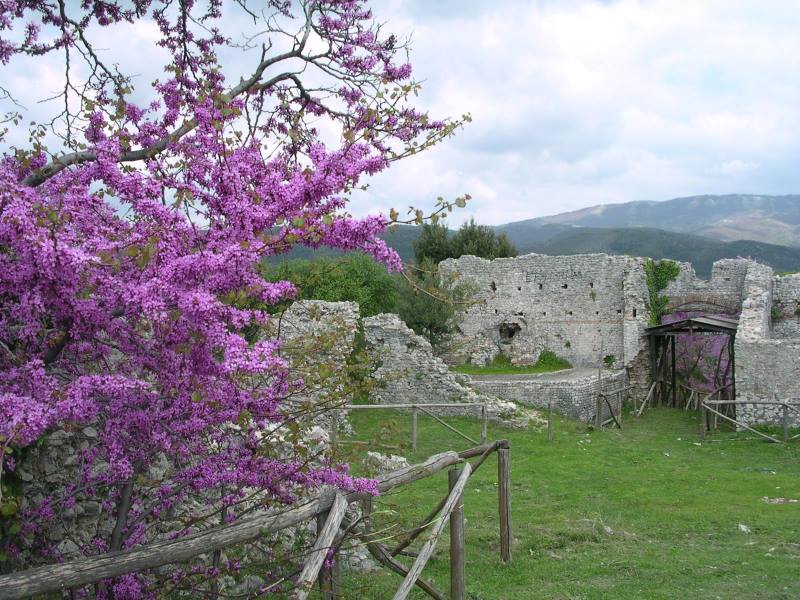 Suggestive ruins, deserted paths and stones eroded by time: in the surroundings of Rome there are many little villages and "ghost" cities abandoned for centuries, and today dominated by silence and enchanting solitude. What remains of these jewels - immersed in uncontaminated territories, often "clinging" to rocky spurs - is the testimony of ancient stories, sieges, duels, brigands, loves and legends.
We present you some fascinating and abandoned villages, mysterious places to be rediscovered, capable of surprising and intriguing even the most demanding "explorers".

Camerata Vecchia
About 70 km to the East of Rome, perched on a rocky spur and over 1220 meters high, is the ancient village of Camerata Vecchia, built around the year 900-960 AD. The name Camerata - or "Camorata" - derives from the structure of the houses, real rooms carved into the rock; a different - but not so credible - theory attributes its origin to the brigands who used to refuge in the village. Inhabited until 1859, the town was suddenly destroyed on 9 January of the same year by a sudden and violent fire which, according to what is said, flared up from the chimney of a house and then spread all over the village. The survivors took refuge in the nearby Church of the Madonna delle Grazie, spared by the fire, which became a shelter for many people until the construction of the new settlement was completed.
Today, it is possible to admire the imposing arch of the 16th century carved into the rock, the ruins of the walls, the supporting arch of the Church of San Salvatore and some houses. Not to be missed, the Piana di Camposecco, an expanse of vast prairies and centuries-old beech woods, a breathtaking landscape and often the location of western films, such as the famous "They called him Trinity". Due to the characteristics of the area, not easy to reach, the visit is a bit challenging but suggestive.

Castiglione
In an isolated and dominant position in the Park of Monti Lucretili, in front of Palombara Sabina, stands the fortified village of Castiglione.
A double crenellated wall encloses an area of over a thousand square meters, a typical example of a medieval "castrum", probably born on the remains of a Roman villa, around the second half of the 12th century.
Officially mentioned in documents in 1276, Castiglione (or Castrum Castillonis), already in the early 1400s, was abandoned, perhaps due to epidemics, fights between noble families or earthquake events.
Of particular interest is the presence of a hermitage dedicated to San Martino, built around the year 1000 and in use until the 17th century, at a time when the village had been uninhabited for two centuries. The ancient fortification still keeps some of the original towers, the ruins of the castle, the church, as well as a large cistern - built with the reused material of the pre-existing Roman villa.

Galeria Antica
Located north of the Capital, near Via Braccianense, Galeria Antica stands on a tuff spur of over 130 meters, lapped by the river Arrone.The ancient "dead city" was probably founded at the time of the Etruscan domination with the name of Careia, as evidenced by some small tombs in the area below the town. After the Etruscan domination, followed by the Roman one, the village was besieged by the Saracens and, over time, underwent several changes of property between the Roman noble families, such as the Orsini, Colonna, Caetani, Savelli and Sanseverino. The malaria epidemic of 1700 caused the death of many inhabitants and, in 1809, the definitive abandonment of the city in a somewhat mysterious way: personal items, tools, and even the deceased without burial, everything was left in a hurry.
Uninhabited for two centuries, Galeria is today set in a splendid, natural oasis, inside which you can still admire the 18th-century bell tower of the Church of San Nicola, the ruins of the castle and many buildings scattered among the lush vegetation.

Montefalco
Near Monteflavio, about 50 km from Rome in the Sabina region, is the imposing medieval settlement dating back to the 13th century. Located at 900 meters above sea level, on the top of a hill, Montefalco had a strategic position, which is why a fortified village - with a castle, houses, a cistern and a defensive wall - was built there. The ancient estate of Montefalco was already abandoned, when in 1422, there is the first official information of the ancient Monteflavio: it was only at the end of the 16th century, in fact, that the village was rebuilt at the foot of the relief, thanks to the Orsini family; hence the name of Monteflavio in honour of Cardinal Flavio Orsini.
The ruins of walls, towers and some remains of houses are preserved. The excursion is suggestive, but quite demanding, and requires special attention and mountain equipment.

Antica Monterano
This poetic abandoned village rises to the west of Lake Bracciano, on a tufaceous hill in the heart of the Monterano Regional Nature Reserve. There are traces of Etruscan tombs, the only evidence of this civilization in the area. From the 2nd century BC, the settlement was dominated by the Romans and, from the 4th century AD, by the Lombards. In the following centuries, the village experienced ups and downs. In 1500, it was owned by the Orsini family and then passed, in the middle of the 17th century, into the hands of the Altieri, thanks to whom Monterano went through a period of great Baroque splendour: the Church and the Convent of San Bonaventura, the octagonal fountain, the fountain with the statue of the lion and the facade of the Ducal Palace, by Gian Lorenzo Bernini, were built. After the malaria epidemic and the fall of the Pope's temporal power in 1798, the village passed under the rule of the Roman Republic for a short time, to be then reconquered by the Bourbon army and later definitively destroyed by the French army.
A wonderful scenery catches the visitor's eye: buildings and remains from different periods, immersed in lush vegetation, such as the ancient Roman aqueduct, the ruins of the Church of San Rocco, the Porta Cretella, the towers and houses, and the magnificent works by Bernini.
Over the years, Monterano has been the location of dozens of films, including Il Marchese del Grillo, Ladyhawke and Brancaleone alle crociate. Not to be missed the suggestive Diosilla Waterfall, with its Dantesque appearance and the polychromatic waters.

Stazzano Vecchio
Near the village of the same name, in a small isolated valley of the Sabina region are the ruins of this enchanting and little-known village. There are no significant historical documents about its origins: probably built on the remains of a Roman settlement, an inhabited nucleus arose in medieval times around a castle, owned by the Savelli and, later, by other Roman noble families.
A single door allowed access to the village, which was definitively abandoned on 24 April 1901, following a violent earthquake, estimated as measuring VIII on the Mercalli Scale.
Currently, you can admire the apse of the ruined Church of Santa Maria, the two main village paths, framed by the ruins of the houses, and the remains of the Castle, with the three circular towers, the walls and the imposing tower with a square base.
Surrounded by woods and fruit trees, and thanks to the discreet integrity of the original urban fabric, Stazzano Vecchio is a real "gem" for ghost town enthusiasts. It is required particular attention due to the structural characteristics of the area. 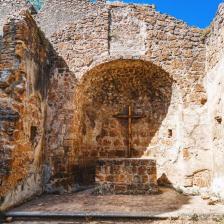 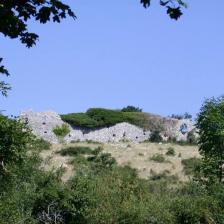 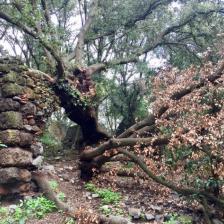