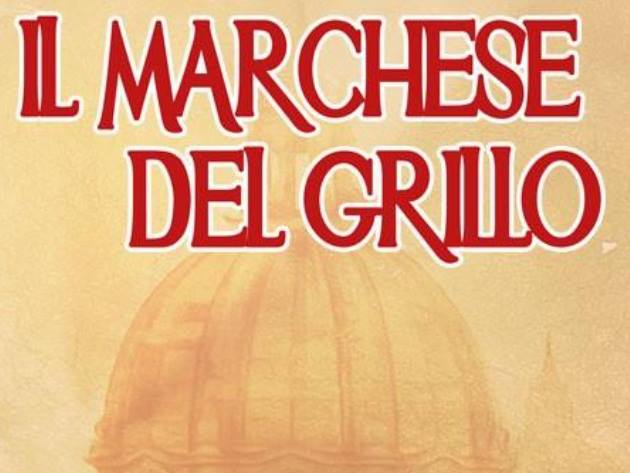 The entertaining and acclaimed musical comedy from the famous film by Mario Monicelli, masterfully interpreted by the great Alberto Sordi in 1981, is back on the stage of the Teatro Sistina.

The story presents a fascinating portrait of papal Rome in the early 1800s, among nobles, prelates, commoners and the French occupation, through the light-hearted and audacious protagonist Marquis Onofrio del Grillo, a powerful noble at the court of Pope Pius VII.

The man, considered a rebel by his conservative mother, spends his days lazing around, frequenting taverns, often mingling with common people and making jokes and pranks on everyone, even the Pope. One evening, the chance encounter with the drunken charcoal burner Gasperino, his lookalike, triggers another joke on his family. The marquis decides to take the man to his palace for an exchange of person, which, following a fake death sentence from the pope, allows him to redeem himself and gives to a surprise ending.

Starring an extraordinary cast, including Max Giusti in the title role, the show is directed by Massimo Romeo Piparo and accompanied by splendid original music composed by Emanuele Friello.