Journeys through Ancient Rome - 2 stories and 2 routes. Forum of Augustus and Forum of Caesar 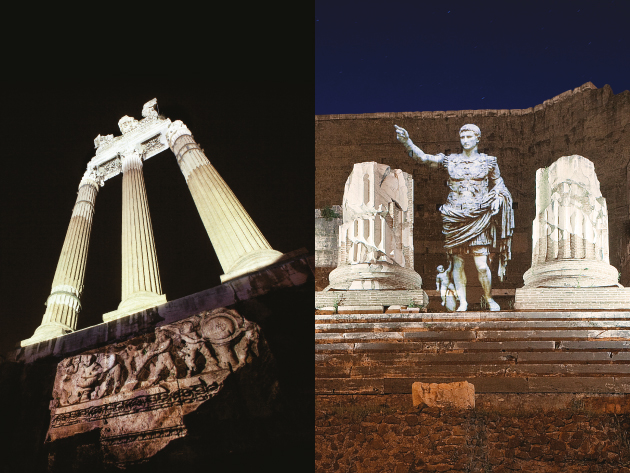 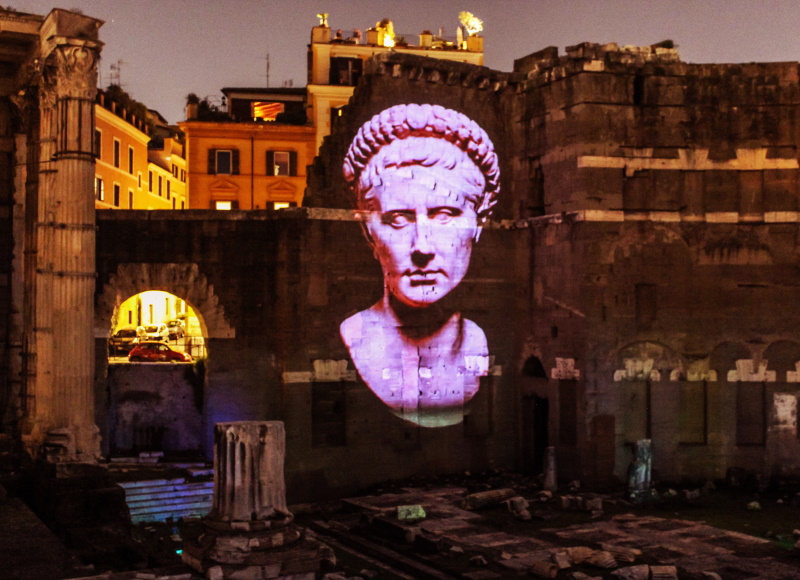 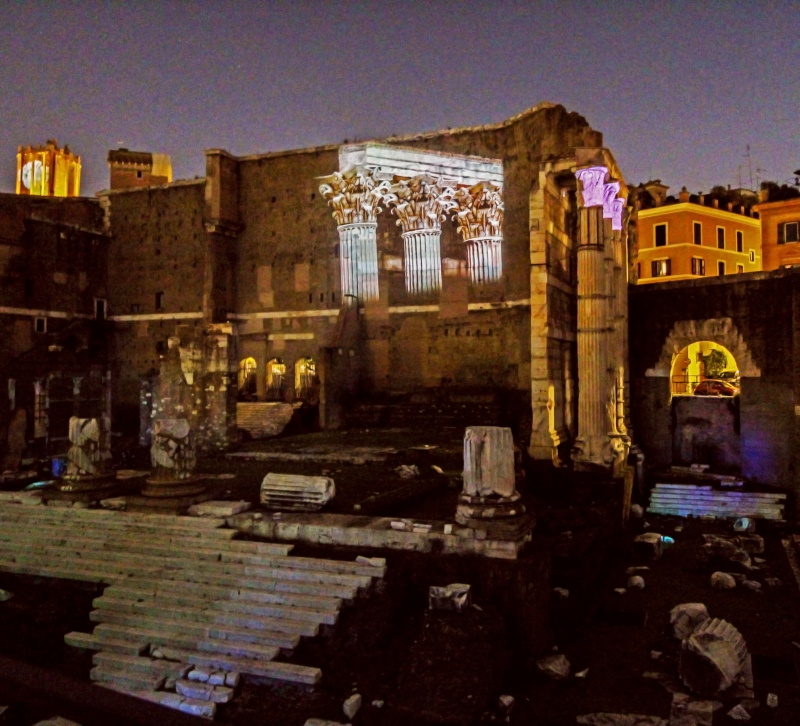 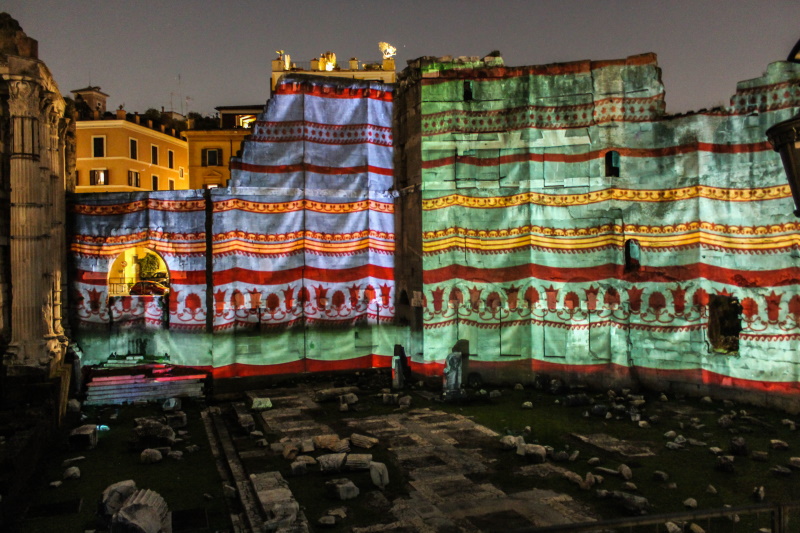 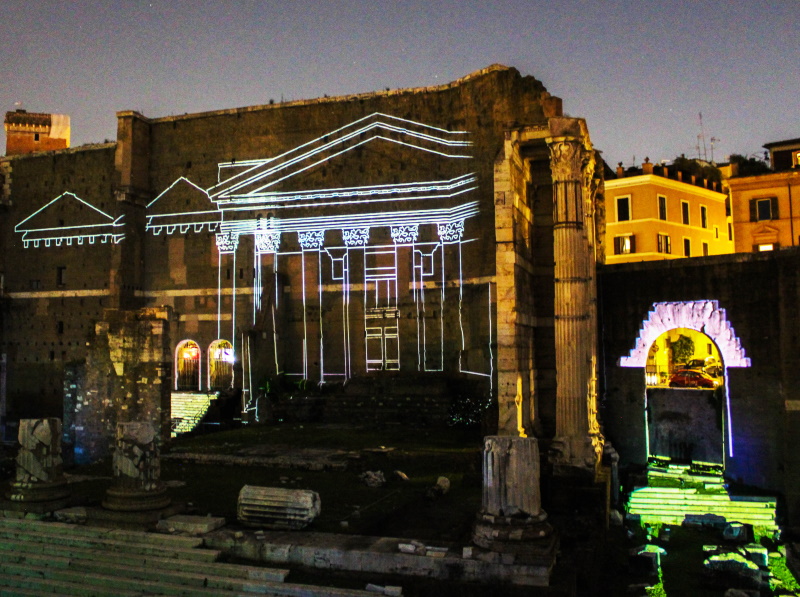 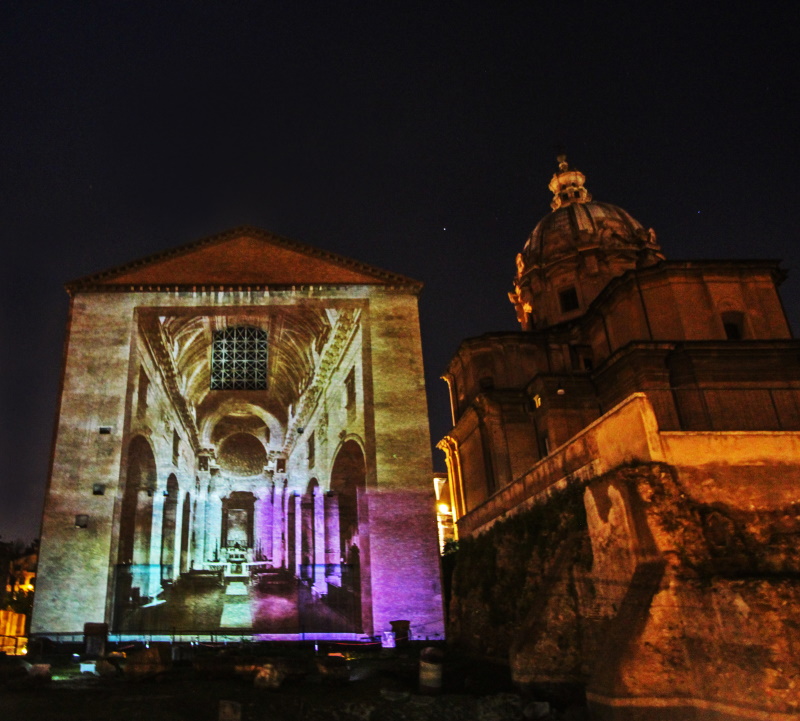 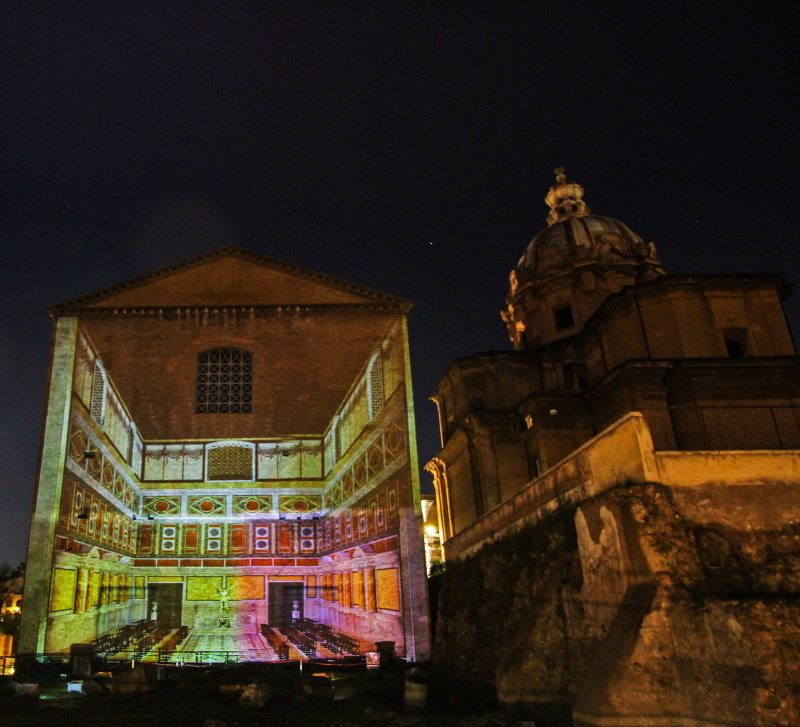 After the successes of recent years, the extraordinary Journey through ancient Rome returns with two exciting multimedia shows through which you can relive the history of the Forum of Augustus and the Forum of Caesar.

The narration, together with the magnificent films and projections from the incredible historical and scientific rigor, accompany you in an exciting adventure to discover these two evocative places as they were in ancient Rome.

The two shows - available in audio-headphones with listening in 8 languages (Italian, English, French, Russian, Spanish, German, Chinese, and Japanese) - have different modes of use and are carried out in compliance with the current legislation on measures concerning the contrast and containment of the spread of Covid-19.

The Forum of Augustus provides three 40-minutes replicas every evening. You can access the Forum of Caesar - whose path is itinerant in four stages, duration of about 50 minutes with time of movement included - every 20 minutes.

You can also pre-purchase tickets online on the website www.viaggioneifori.it, directly on-site or in the Tourist Infopoints. Reduced access for MIC and Roma Pass card holders.

FORUM OF AUGUSTUS
Comfortably seated on the grandstands set up along Via Alessandrina, you can immerse yourself in the story of the Forum of Augustus. The narrative starts from the marbles still visible in the Forum that, illuminated by a multi-projection of lights, images, films, and animations, give way to the narration. The description dwells on the figure of Augustus, whose gigantic statue, 12 meters high, was kept next to the temple dedicated to Mars Ultor. It was thanks to him that Rome ushered in a new era of its history: the imperial age, a period of grand ascent that, in just over a century, led the city to reign over an empire extended from present-day England to the borders of today’s Iraq, encompassing much of Europe, the Middle East and all of North Africa. Conquests that led to the expansion not only of an empire but also of a great civilization made of culture, technology, legal rules, and art. Even today, in all areas of the Empire are traces of that past with amphitheaters, baths, libraries, temples, and streets. After Augustus, other emperors such as Nerva and Trajan left their mark on the Imperial Fora, building their own Forum. Rome had more than a million inhabitants: no other city world had ever had a population of such proportions. It was the great metropolis of antiquity: the capital of economics, law, power, and entertainment.

FORUM OF CAESAR
The show inside the Forum of Caesar is, instead, itinerant. To access it, use the staircase next to the Trajan Column. There you can cross the Forum of Trajan on a specially built walkway. Through the underground gallery of the Imperial Fora, you will then reach the Forum of Caesar to continue up to the Roman Curia. The narration, accompanied by reconstructions and films, starts from the history of the excavations carried out between 1924 and 1932 for the construction of the then Via dell'Impero - today Via dei Fori Imperiali. An army of 1500 masons, labourers, and workers, were mobilized for an unprecedented operation: raze an entire neighborhood and dig deep throughout the area to reach the level of ancient Rome. The narration gets to the heart of the story from the remains of the majestic Temple of Venus, wanted by Julius Caesar after the victory over Pompey; here, you can relive the emotion of the life of the time in Rome, when officials, plebeians, soldiers, matrons, consuls, and senators strolled under the arcades of the Forum. The ancient taberne, the offices and shops of the Forum Among the remaining colonnades and the store of a nummulario, a sort of time exchange post reappear. You can also observe the big public toilet with its curious remains. To build his Forum, Julius Caesar had an entire district expropriated and demolished at a total cost of 100 million aurei, the equivalent of at least 300 million euros. Next to the Forum, he built the Curia, the new seat of the Roman Senate, a building still existing that you can review as it appeared at the time through a virtual reconstruction. In those years, while the power of Rome grew excessively, the Senate had weakened; it was in this situation of internal crisis that Caesar was able to obtain exceptional and perpetual controls. Thanks to the story of Piero Angela, you will get to know more closely this intelligent and ambitious man, idolized by some, hated, and feared by others.

The organization reserves the right to cancel all shows, or part of them, in case of bad weather, technical problems, and compliance with any measures issued by the competent authorities to cope with the epidemiological emergency from Covid-19. 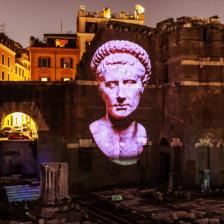 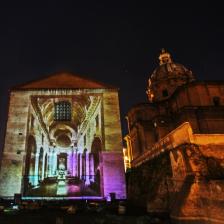 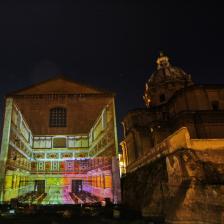