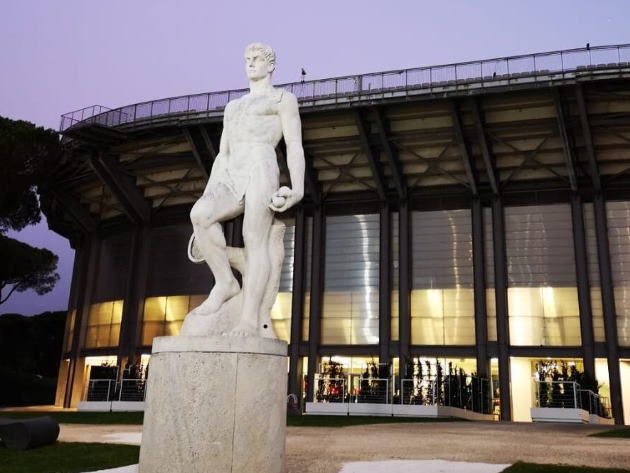 Both an ATP Tour Masters 1000 event and a Premier 5 event on the WTA tour, the Internazionali BNL d’Italia are the most important Italian tennis tournament. The 78th edition of the tournament, which celebrates 91 years this year, takes place as usual on the clay courts of the monumental complex of the Foro Italico, a setting of great charm.

The 2021 edition boasts a top quality male entry list, with 19 of the top 20 players in the world rankings, including Novak Djokovic (five-time winner in Rome in ten finals), Rafa Nadal (9 wins in 11 finals), the Russian Daniil Medvedev and the Greek Stefanos Tsitsipas. Great expectations also for the Italian players, who have rekindled the passion of the fans with the many successes achieved: the 19 year old Jannik Sinner, who made his debut here only two years ago in the major circuit, the no. 1 of Italy and no. 10 of the world Matteo Berrettini, Lorenzo Sonego, Fabio Fognini and many others. The women’s tournament also has a very prestigious participation: all the top 41 players of the WTA rankings are on the entry list, including the Australian Ashleigh Barty, the Japanese Naomi Osaka, and the Romanian Simona Halep.

The tournament marks the reopening of sport events to the public in Italy: starting from 13 May, that is from the round of 16, access to the matches is allowed up to 25% of the seats available in the three sectors into which the Foro Italico is divided: Central Court, Grand Stand Area, Pietrangeli Stadium and side courts. Spectators are required to wear and accept temperature checks before entering. To ensure maximum safety, the three areas are equipped with separate entrances and exits, as well as independent toilets. Unprecedented television coverage, live streaming on the Facebook pages of SuperTennis and the Internazionali BNL d’Italia and the activity of social channels will maximize the visibility of the event, ensuring great emotions even from a distance. Thanks to the official App of the tournament, tennis fans will be able to peek into the areas dedicated to the champions in real time, to get a behind-the-scenes look.