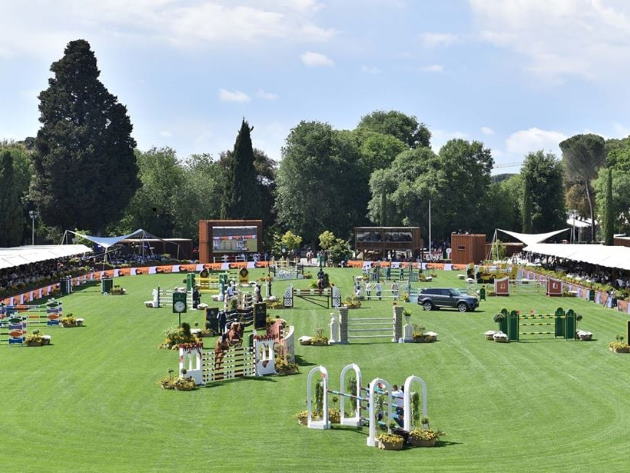 Technical excellence combined with elegance and style: the Official International Horse Show of Rome (CSIO, from the French Concours de Saut International Officiel) marks its 88th edition this year even if Piazza di Siena’s debut in equestrian events started in 1922. It was however four years later that FEI - Fédération équestre internationale included the Roman competition in the international calendar. With rare exceptions, from 1929 onwards Villa Borghese, one of the largest and most celebrated Roman public parks, has been the scene of unforgettable shows, with extraordinary leading riders and other standard bearers of this noble sport.

After last year’s inevitable cancellation, the Rome CSIO in Piazza di Siena resumes its traditional role with a “special” edition in many different ways and riders coming from all five continents. The program includes four days of competitions in two different venues – the Piazza di Siena oval and the arena at the Galoppatoio di Villa Borghese – with courses designed by the show’s world-famous chef de piste Uliano Vezzani. The show begins on Thursday 27 May with the DeNiroBoot Prize and the Land Rover Prize. Friday is the day of the prestigious Intesa Sanpaolo Nations Cup with twelve registered teams, seven European teams (Belgium, France, Germany, Ireland, Italy, Czech Republic and Sweden), plus Brazil, Japan, Mexico, United States and Egypt. The Saturday program, after the KEP Italia award and the ENI Small Grand Prix, ends with with the spectacular Loro Piana Six Bars. The final day of the Rome CSIO will entirely focus on the prestigious and rich Rolex Grand Prix Rome.

To comply with government regulations for international sports events, there was a radical review of preparations and the almost total elimination of all stands: the result exalts the architectural and natural beauty of the piazza, recalling the 1920s atmosphere when the show was first held in the Villa Borghese oval. Wide television coverage, full streaming of the races and social media activity will ensure great emotions even for those who will not be able to experience the competition live.

From 26 to 30 May 2021 please consult the official website www.piazzadisiena.it/it for up-to-date and detailed information.