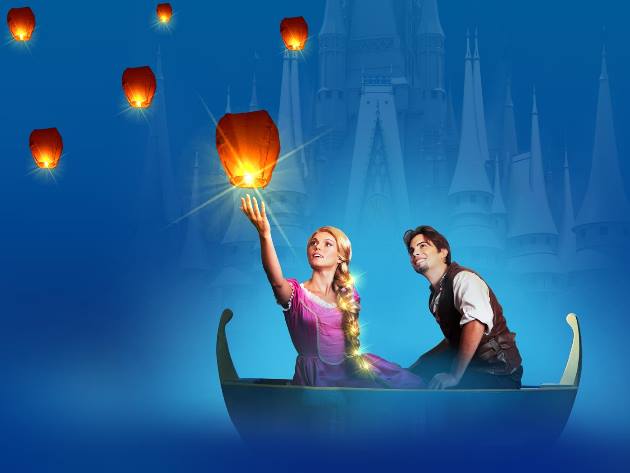 A story of love, friendship, power, and magic: Teatro Brancaccio presents the dreamlike musical inspired by the Brothers Grimm's famous fairy tale of 1812.

The show was born in 2014 from the idea of author and director Maurizio Colombi. It tells the exciting story of the frail princess Gothel, replaced at the helm of the kingdom by her beautiful and healthy sister Gretel. Obsessed with finding a new glow, Gothel creates a magical rapunzel, from which she later obtains a potion to help her sister conceive a girl. However, she will have to be raised by her. Little Rapunzel, with her long blond hair having the same magical power as the flower, grows up locked up in a tower. On her eighteenth birthday, the thief Phil helps her escape, making her discover the world outside her prison.

On stage, some new characters as the talking flowers "Rosa and Spina", the Hound royal guard, and the Spiegel mirror, and the spectacular sets by Alessandro Chiti, with over 15 paintings in continuous movement and extraordinary special effects, such as the long braided hair of Rapunzel and the suggestive lanterns that fly over the audience.

Performing is an exceptional cast completely renewed, made up of 18 actors, acrobats, dancers and singers, including the splendid Lorella Cuccarini in the role of Gothel, accompanied by the original music composed by Davide Magnabosco, Alessandro Procacci and Paolo Barillari, directed by Davide Magnabosco, the choreography by Rita Pivano, and the romantic costumes by Francesca Grossi.