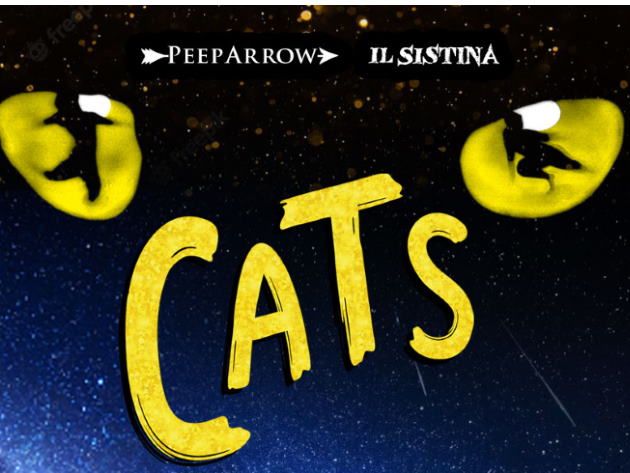 It is one of the musicals that changed the history of this show genre, bringing entire generations of families to the theater thanks in part to the famous music signed by Sir Andrew Lloyd Webber in 1981 and lyrics based on books by Nobel laureate T.S. Eliot. In 2022, Cats celebrates 40 years since its Broadway debut, where it has long held world records for audiences, box office sales and consecutive runs and is still among the top four most performed musicals.

Produced by Peeparrow, the musical arrives at the Teatro Sistina with direction and adaptation by Massimo Romeo Piparo and featuring singer Malika Ayane as Grizabella. By permission of the authors, for the first time in the world the wonderful blend of fantasy, drama and romance featuring centered on the Jellicle ctas, with their wise and benevolent leader the Old Deuteronomy, is set in Rome, a city also famous for its feline colonies. Specifically, the Italian version will be set in a hypothetical and futuristic “dump” of artworks and archaeological finds, columns, capitals, statues of Marcus Aurelius and fragments of the Mouth of Truth, with the Colosseum in the background. All in “giant” size to make the humanization of the cats even more spectacular and magical.

With an incredible soundtrack including the unforgettable “Memory”, spectacular sets, beautiful makeup and costumes, and breathtaking choreography, Cats is pure magic like no other musical has ever been able to create.