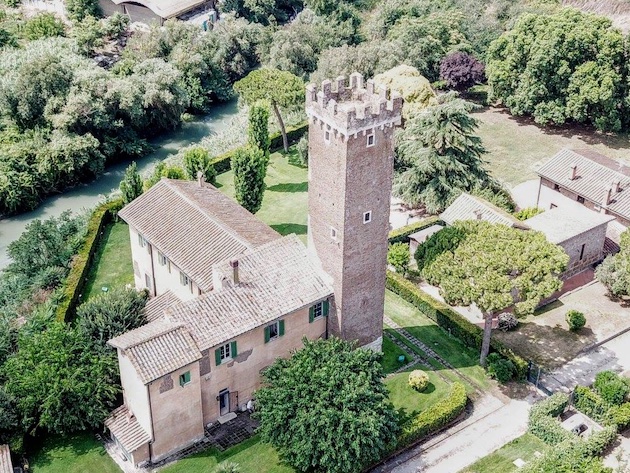 The casale of Sant’Eusebio, built between the 12th and 13th centuries, stands along the via Tiburtina near the Aniene river, in a dominant position. The casale, which was a fortress, is surrounded by a mighty tuff block wall and is characterized by a high tower and a central building.

The structure consists of two rooms: the western one, of which two floors are still visible and the eastern one, which is preserved for another three. The tower, characterized by "Guelph" - that is square - battlements is made up of red tuff blocks and its windows have travertine frames.

The complex, originally owned by the aristocratic Papazzurri family, was sold in the 13th century to the Roman convent of the Celestini di Sant 'Eusebio, whose name it has retained. Purchased later by the Cesi family, it then became the property of the Borghese.

Currently the casaleis a private residence and the next seat of a cultural foundation.

Visits by telephone or e-mail reservation